Billed as “America’s sickest band”, Korn are the cover stars of this week’s Melody Maker.

In news, Noel Gallagher headed to the pub to celebrate the birth of his daughter.

Alan McGee is part of a forum looking at the future of music, focusing on web streaming and the increase of MP3 players.

Elsewhere, Ian Brown had to destroy copies of his new single due to a processing error.

The Brit Award nominations have been announced, and it is dominated by The Chemical Brothers, while Suede and Catatonia are snubbed. It’s a ceremony that won’t be presented by Jamie Theakston after the BBC blocked him from doing so.

Marilyn Manson is interviewed about his favourite music videos, nominating videos by David Bowie, Eurythmics, Prince and himself.

The Cure’s new album Bloodflowers is the subject of a 1 and a half star review, with the headline “Goth-Awful”

Death In Vegas get a more favourable, being awarded Single Of The Week by Magic Alex.

Moby is the subject of a Q and A, where he reveals he would jump on board a UFO if offered it. 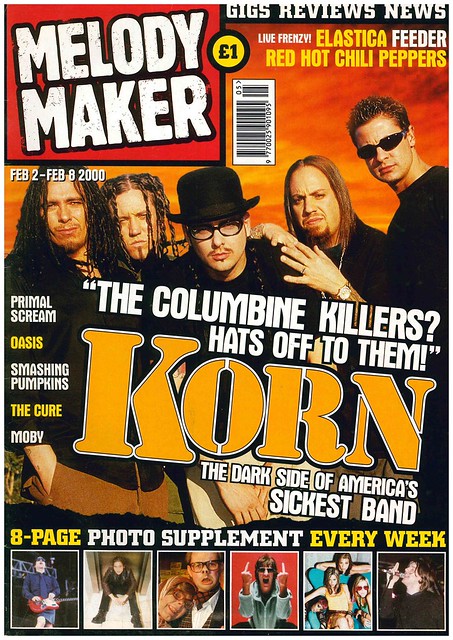 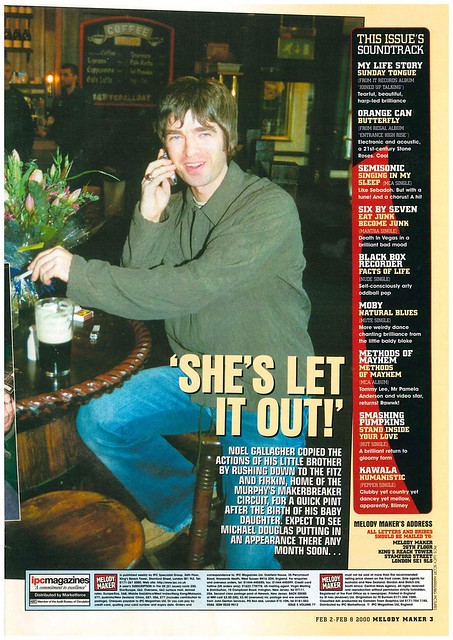 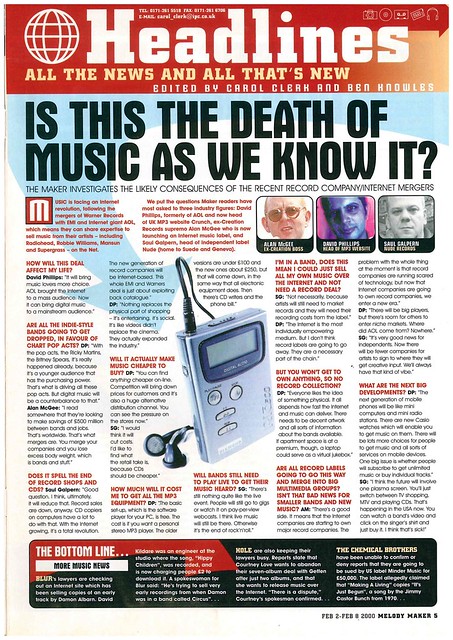 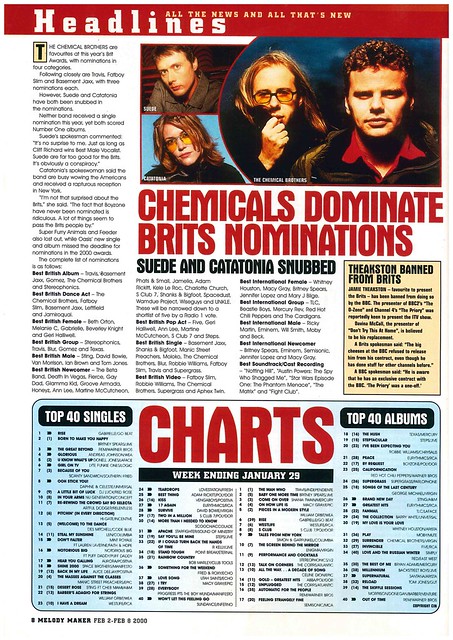 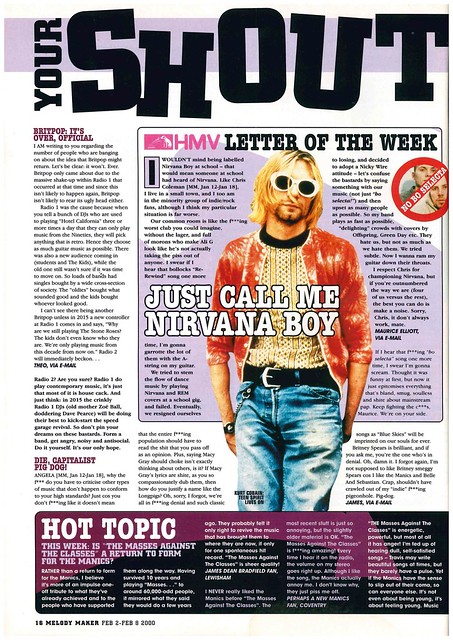 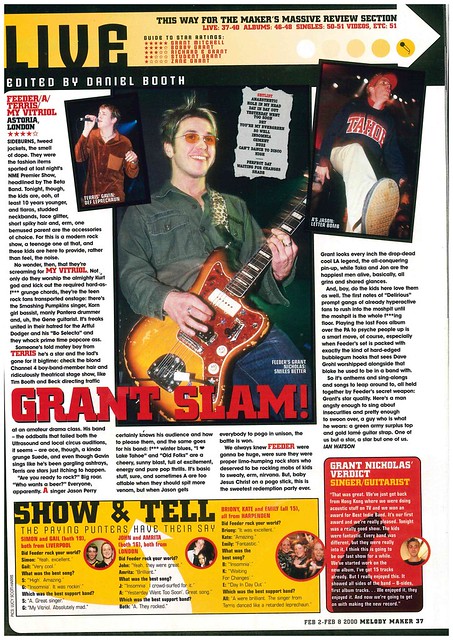 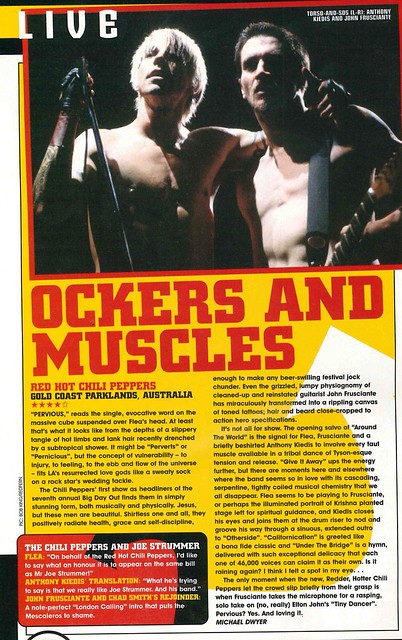 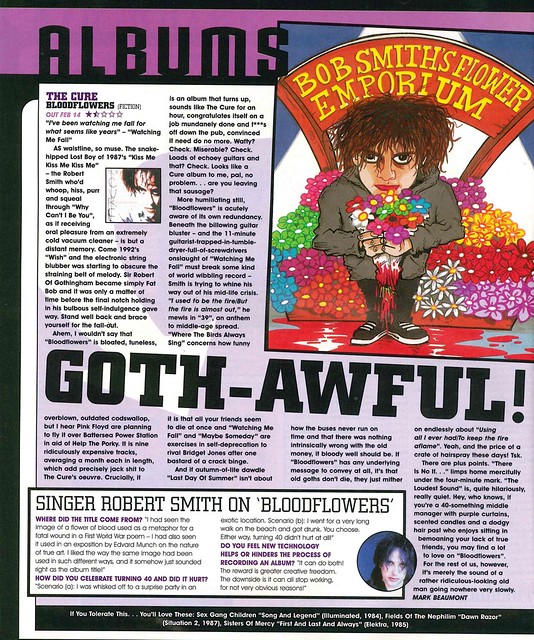 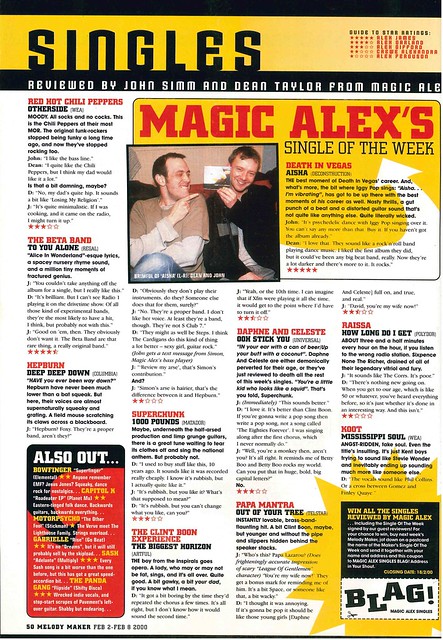 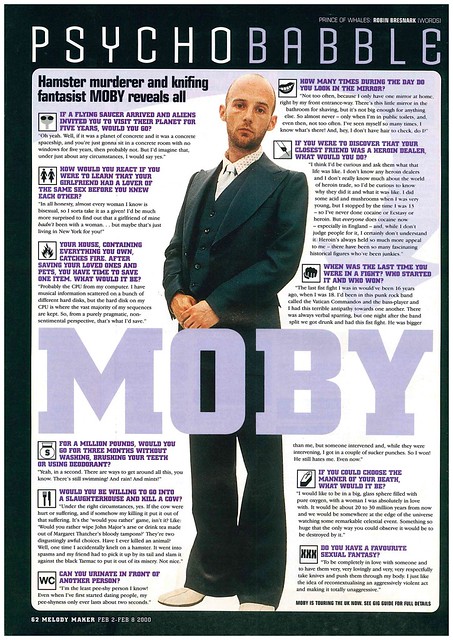 So, last week’s theme on X-Factor was ‘Musical Heroes’, giving us an insight into the awful taste in music of this year’s finalists. Mind you, at least they were honest about it. I’m still attending physiotherapy after putting my foot through the TV when Janet Devlin said that all her heroes were obscure.

So, as a tribute, here’s some Hero related songs.

1. Stereophonics – Superman
2. Prince – Batdance
3. Aerosmith – Spiderman Theme
4. It Bites – Calling All The Heroes
5. Bonnie Tyler – Holding Out For A Hero