The issue of same sex marriage has been in the news a lot in 2014. Belfast Telegraph, like a lot of other news organisations have covered this.

So, you’ve written the story, and it’s ready to go online. Problem is, you need a photo, so what do you do?

The story isn’t about a specific person, so you need to have an image that fully covers the issue of same sex marriage.

Call the Picture Desk, what are your options?

Raid your archive of stories about same sex marriage and find a picture of a couple and use that?

There are gay celebrities, one of them must be in a relationship, why not use a picture of one of those?

Third option, go to the stock library. There’s bound to be a stock image of two male models all dressed up, cutting a cake, drinking champagne.

That’s the option Belfast Telegraph go for. Sort of, as they go for the option of plasticine men on top of a cake.

Nothing says same sex marriage like two plasticine guys on a cake. 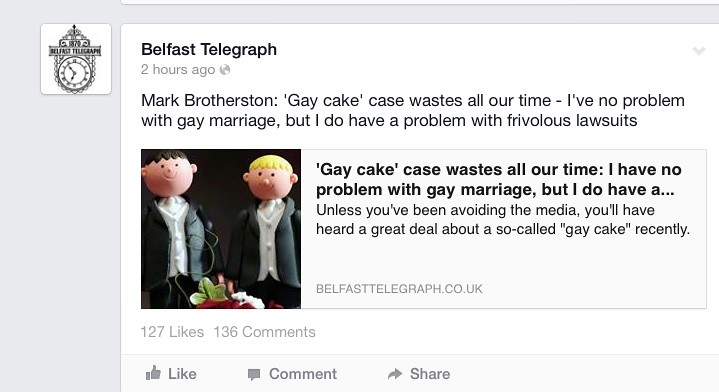 These guys must have a good agent, as they were always used to accompany the text everytime Belfast Telegraph’s Facebook page uploaded a story about same sex marriage.

Along comes Ashers, and the “Gay Cake Controversy”

A story that involves homosexuality and cakes. Surely our heroes will be the photo stars to accompany this story.

No. They got snubbed for Bert and Ernie. In true 2014 style. It looked like they were taking a selfie. 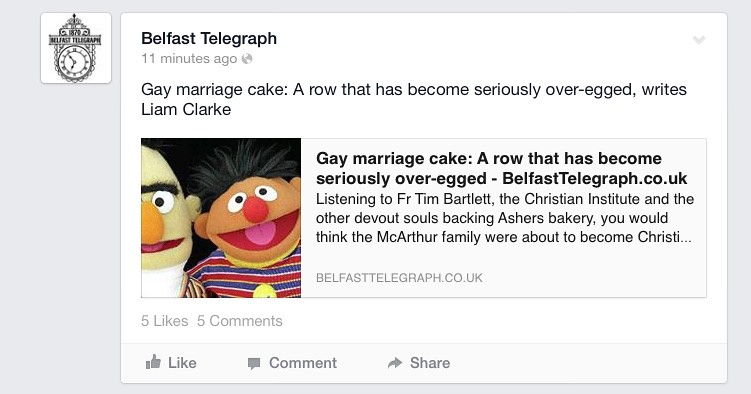 As the year ends, same sex marriage is once again in the news agenda, and the Belfast Telegraph responds by bringing our heroes back into the limelight, albeit, with one of them mostly cut out of the shot. 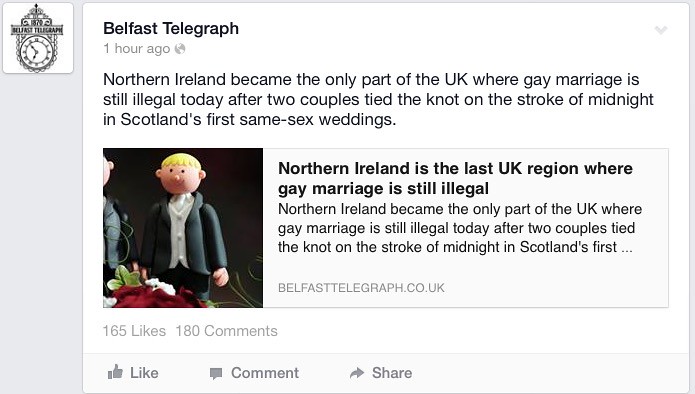 I know what you’re thinking, what about the lesbians?

Over in Twitterland, Belfast Telegraph tweet a link to a story about a possible court case in 2015 – and manage to get a photo a nice happy, smiley and blonde Lesbian couple to accompany the story.

Guess what? They’re made of plasticine. 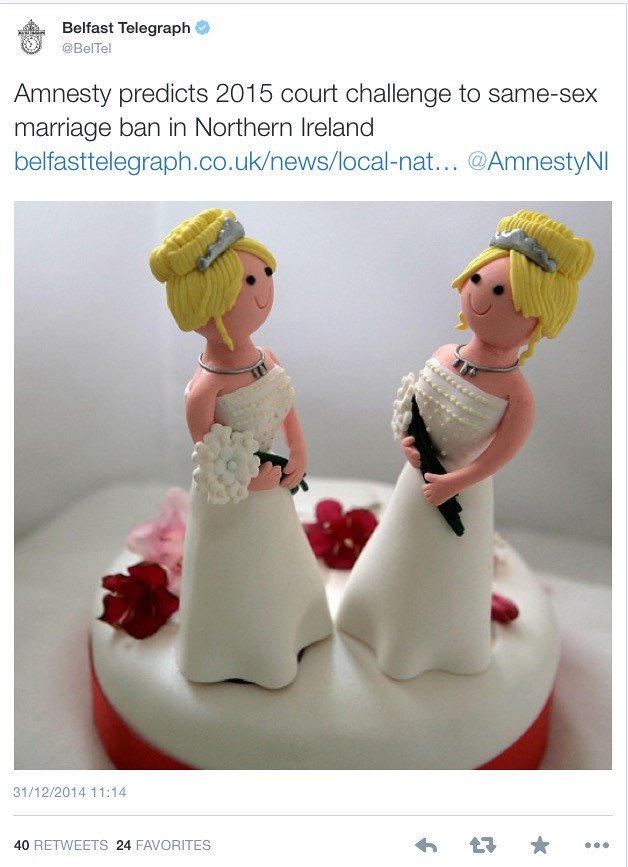 Maybe this is some sort of new editorial policy at Belfast Telegraph that all news stories shall be accompanied by a plasticine stock photo?

If so, i’m looking forward to seeing Peter Robinson and Martin McGuinness in plasticine form in 2015.