Dean Shiels is the cover star of Northern Ireland Football, as he has made a comeback after having an eye removed in early 2006.

In news, Mark Clyde of Wolves and Northern Ireland has had to announce his retirement at the age of 24 due to a succession of injuries.

At Burnley, Michael Duff and Kyle Lafferty have signed new deals that will keep them at the club until 2010.

Dean Shiels gets a full page interview, having made a comeback for both club and country, looking forward to a Scottish League Cup Final for Hibs against Kilmarnock.

Alan Shearer was recently in Belfast to present awards to Glenn Ferguson, Peter Thompson and Darren Kelly on behalf of Umbro.

Darren Murphy spills the beans on his Ballymena United team-mates, revealing that Mark Picking has the worst taste in music.

David Jeffrey gets a two page profile as he celebrates ten years as manager of Linfield.

The 2007 edition of the Setanta Cup has just kicked off, and a full page feature looks at the success of the competition so far.

Grant McCann gets profiled, as he hopes to get game time in Northern Ireland’s upcoming European Championship Qualifiers against Leichtenstein and Sweden.

The recent friendly against Wales, a 0-0 draw at Windsor Park, gets a full page picture special.

Northern Ireland’s Women are also in European Qualifying action, kicking off with an away game against England in May 2007.

Cliftonville get a double page profile, having just won the County Antrim Shield.

Across Belfast, there is a feature of Peter Thompson, Michael Gault and Paul McAreavey, who are settling into life as full-time professionals based in the Irish League, as they adjust to no longer having to combine playing with a full-time job.

McAreavey was selected for an Irish League Select XI who defeated the English Conference 3-1 at Mourneview Park.

Colin Murray and Neil Lennon were recently in Belfast to present the Football For All Awards. 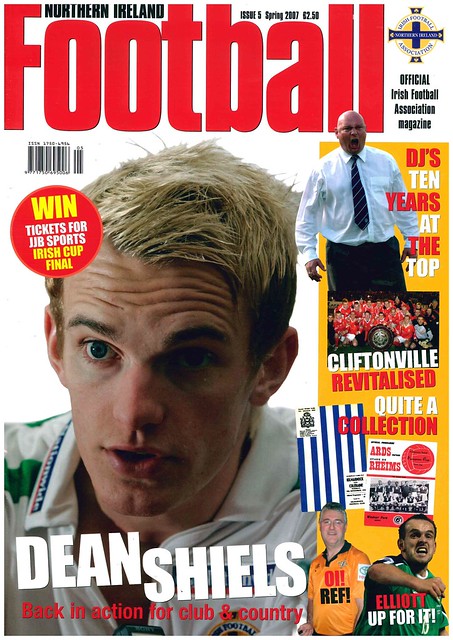 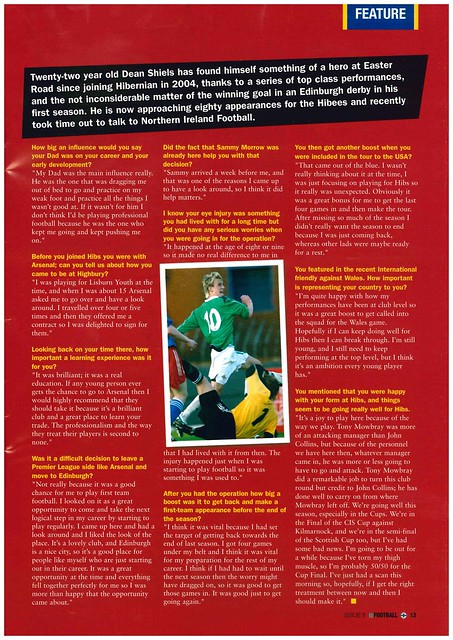 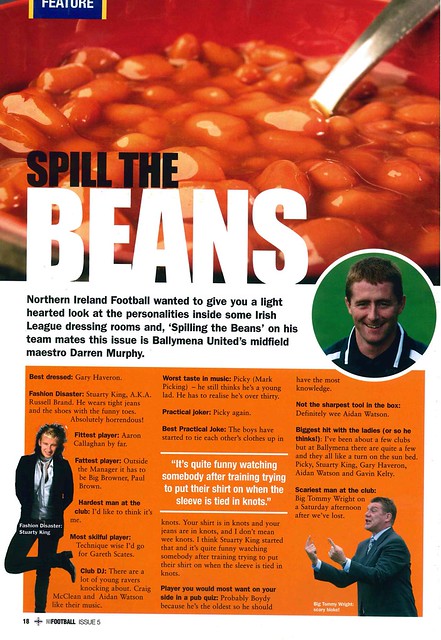 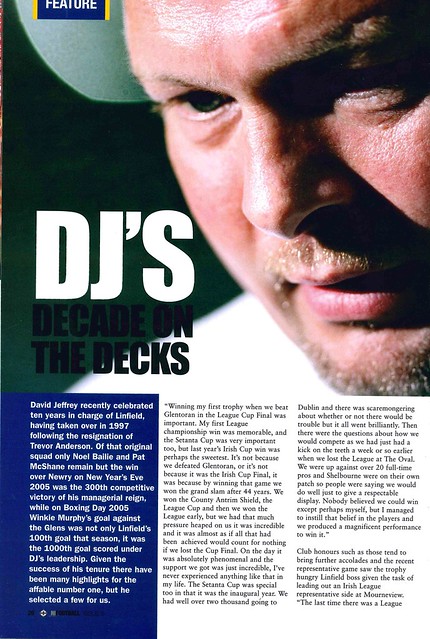 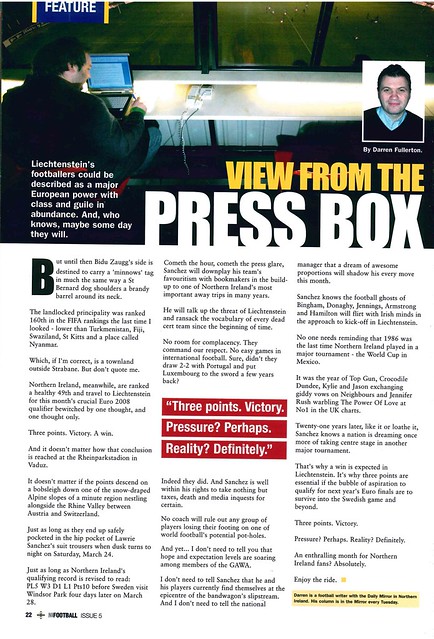 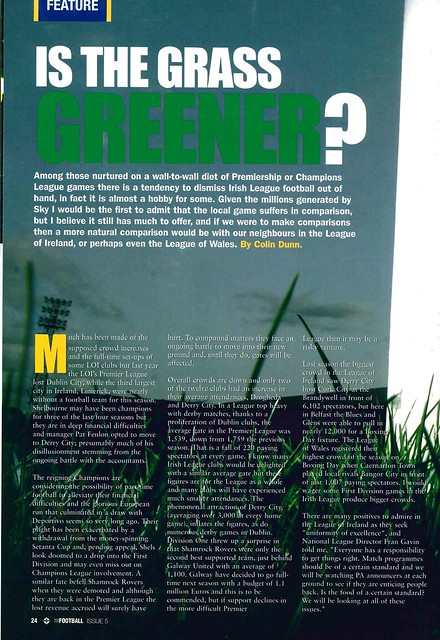 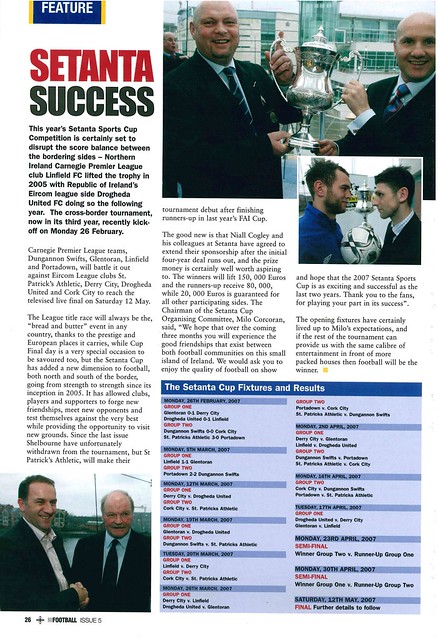 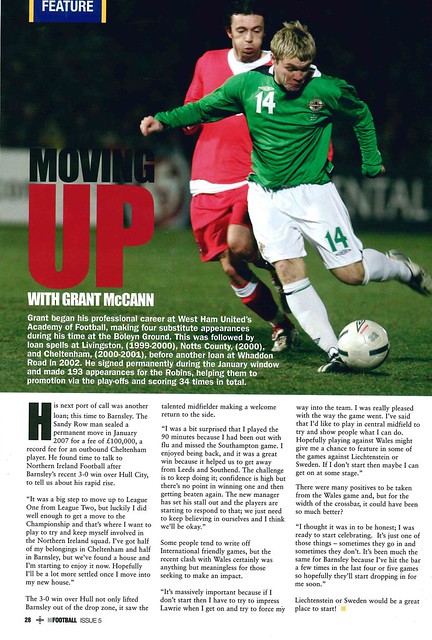 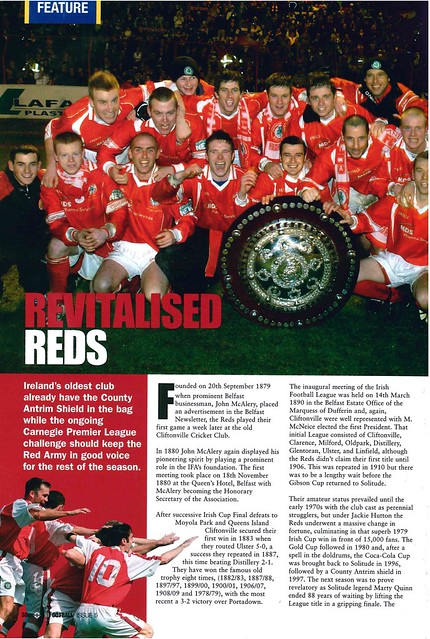 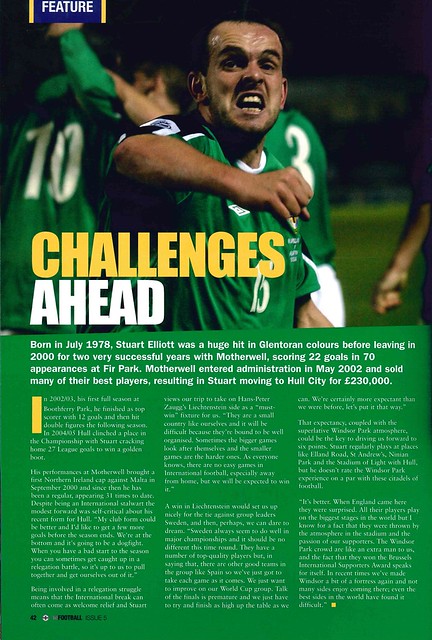 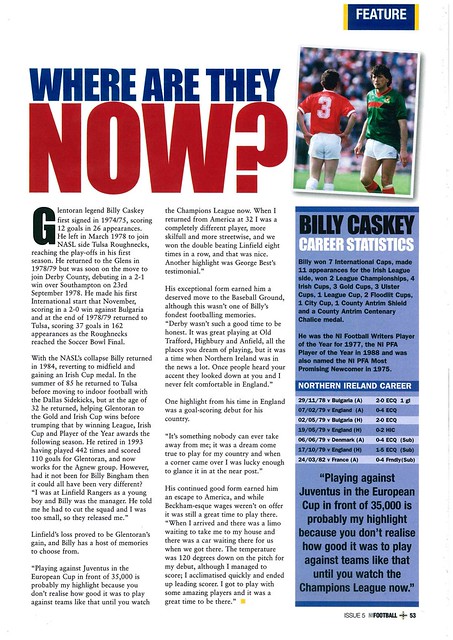