Lee Sharpe and Andrei Kanchelskis, dressed as Santa, are the cover stars of Manchester United’s official magazine as Christmas 1994 approaches.

Elsewhere in news, United have denied that they are leaving Old Trafford to play at a new stadium proposed to be built by Manchester City Council.

Naturally, there are reviews of the month just gone and the month ahead, a run of games for United in October 1994 that saw top of the table clashes and big cup games in Europe and domestically.

Eric Cantona is the subject of a five page interview, where he talks about his love of English football.

In competitions, you can win a signed photo of a United player. You don’t know who, you have to guess who he is based on pictures of his house.

There is a four page Fans Forum where supporters (most of them called Barton) discuss United’s youngsters and the sale of Dion Dublin.

With Christmas approaching, the magazine looks at present ideas, with an official United interactive CD-Rom which costs £34.99 being reviewed. 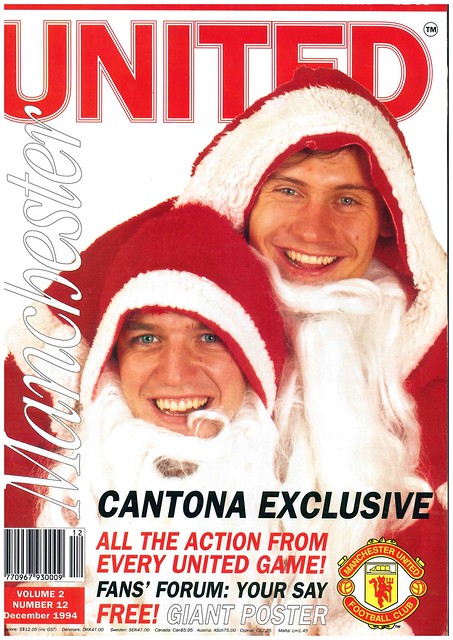 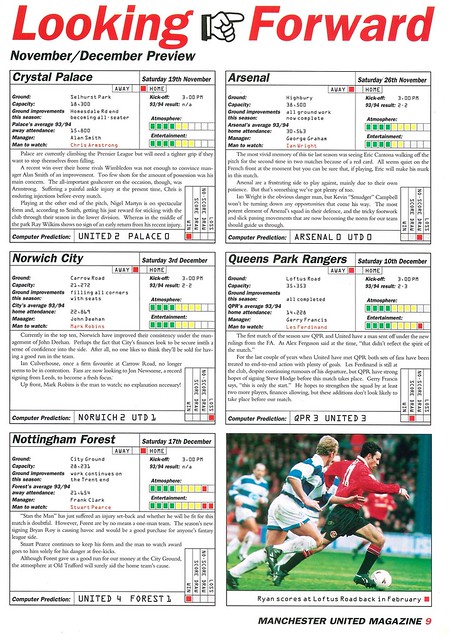 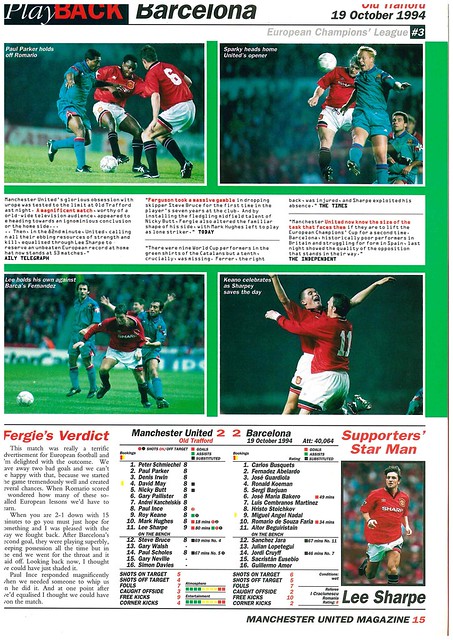 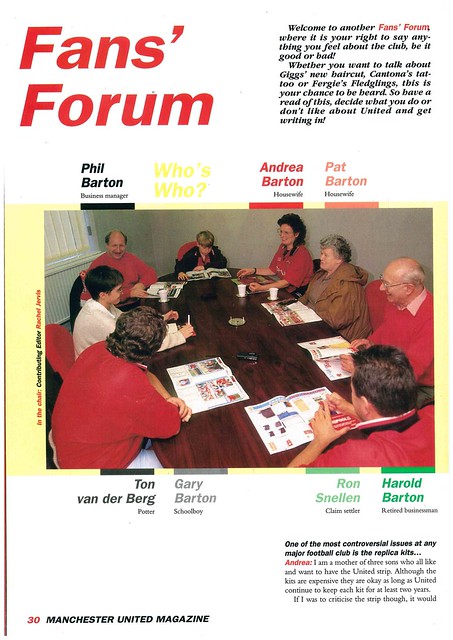 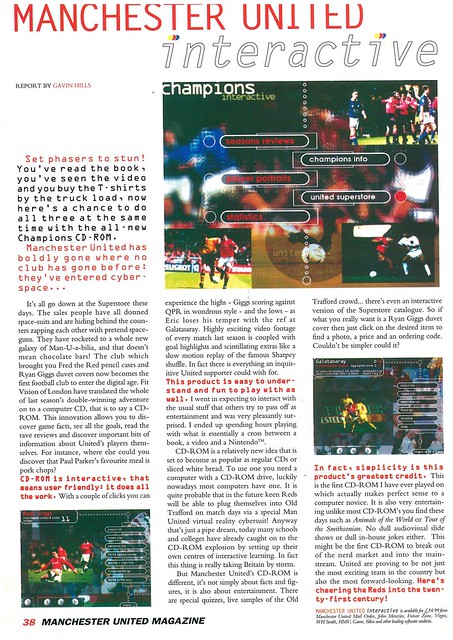 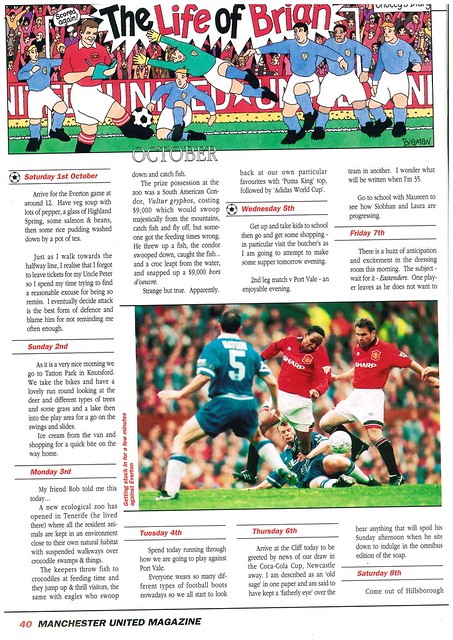 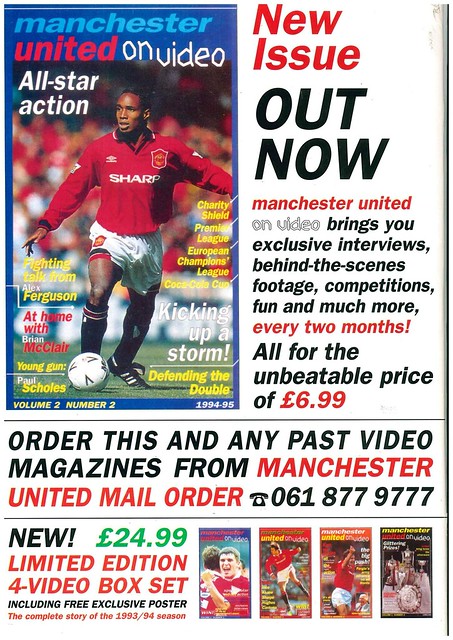 It’s Cup Final Day in England and Scotland, but it’s the English game that is on the cover of this week’s edition of Shoot, as Brighton take on Manchester United at Wembley.

As you open the magazine, there is a double page spread with Bryan Robson, Jimmy Case and Michael Robinson giving their thoughts on the game, with Robson wanting to win the cup for Remi Moses, who was suspended for he game, alongside Steve Foster of Brighton.

There is also a double page interview with the two managers, Ron Atkinson and Jimmy Melia, both Scousers.

There is a feature on the two referees in London and Glasgow, with David Syme achieving a rare double, referee the Scottish Cup Final 16 years after his dad did.

In ads, you could buy a Paolo Rossi branded boot, made by Pony.

In posters, the centre page spread is a poster collage of Manchester United and Brighton players.

Gary Shaw previews the European Cup Final between Juventus (who eliminated holders Aston Villa) and Hamburg, with Shaw predicting a win for Juventus, and addressing rumours of a move for him and Gordon Cowans to Italy, stating he is well suited to continental football.

Shaw also previews the FA Cup Final, stating he wants United to win, only because it would secure a UEFA Cup place for Aston Villa.

Staying in the West Midlands, West Brom’s Dutch duo of Romeo Zondervan and Martin Jol being annoyed about their exile from the national team, and declaring that the standard of football in England is better than in Holland. Jol speaks about Holland’s best young players, including Frank Rijkaard, stating “He would only last one game in England, he twists and turns too much and holds the ball too long”

1983 was the year Everton won the league …….. for Liverpool, with a 2-0 win over Manchester United at Goodison Park which ended United’s title challenge, with Everton defender Mark Higgins believing the club are on the verge of making a serious challenge in future years to send the title to the blue half, rather than the red half of Merseyside.

Another Blue (of the Manchester variety) hoping for a big future was Alex Williams, who had a breakthrough season at Manchester City, and was setting his sights on being England’s goalkeeper.

It wasn’t a World Cup year, but there was news about the competition this week, with the official film of the 1982 tournament being broadcast on TV after cinemas in the country deemed it too expensive to show., while Toluca was rejected as a host city for Mexico 86 sue to security fears.

From the World Cup to the British Championship, Northern Ireland head to Hampden Park looking to get their first win in 7 visits. A more prouder record, is Sammy McIlroy, who has played in Northern Ireland’s last 22 games and is looking to continue that run.

There was also coverage of the Scottish Cup Final, with a poster of Aberdeen and Rangers, and interviews with John McClelland, Peter McCloy and Jim Leighton. 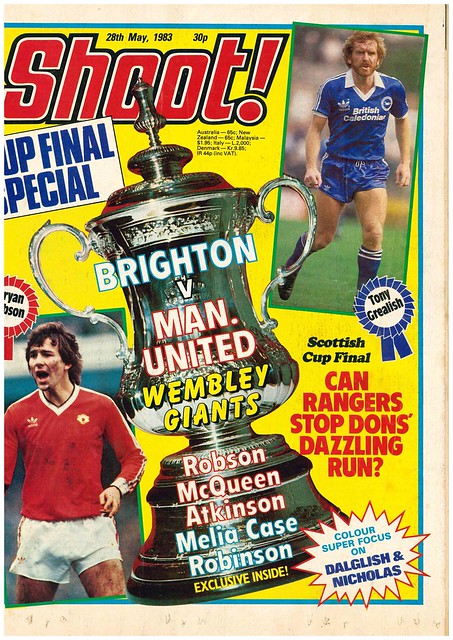 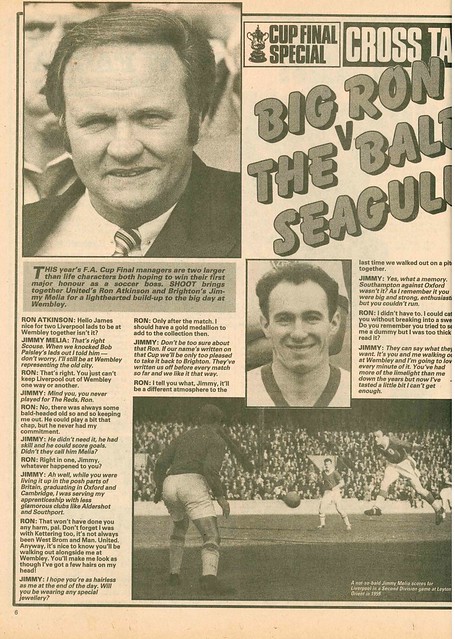 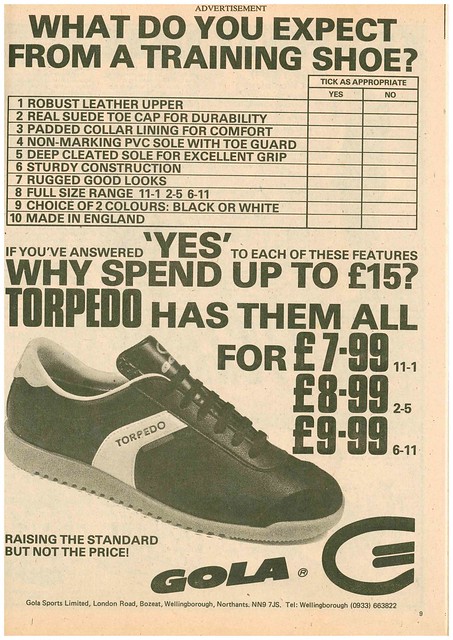 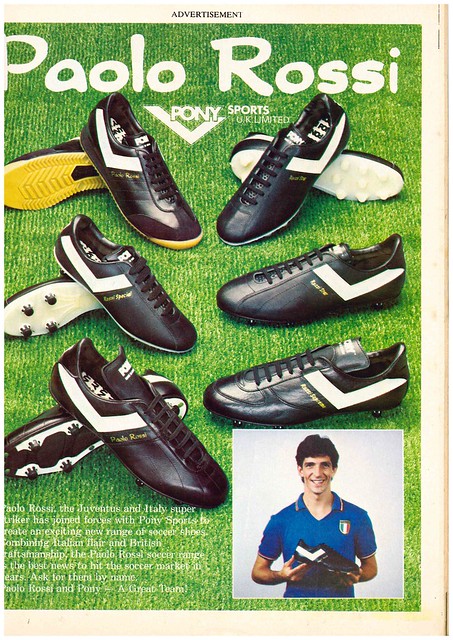 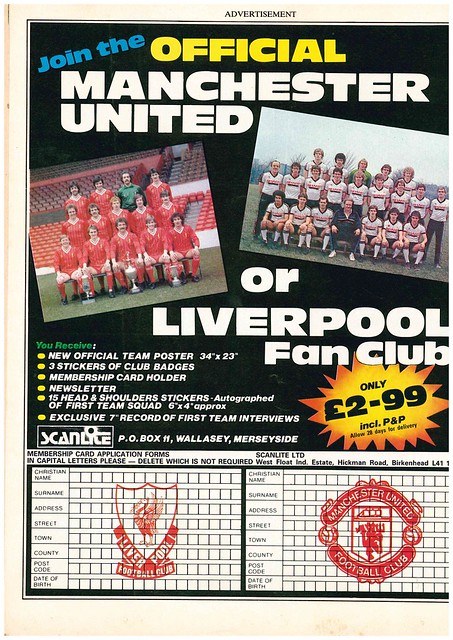 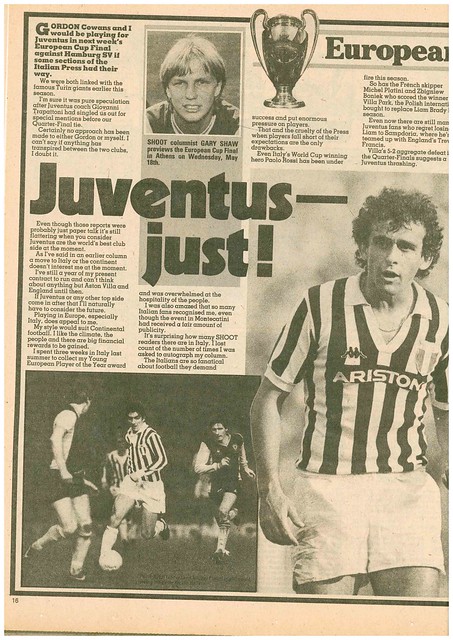 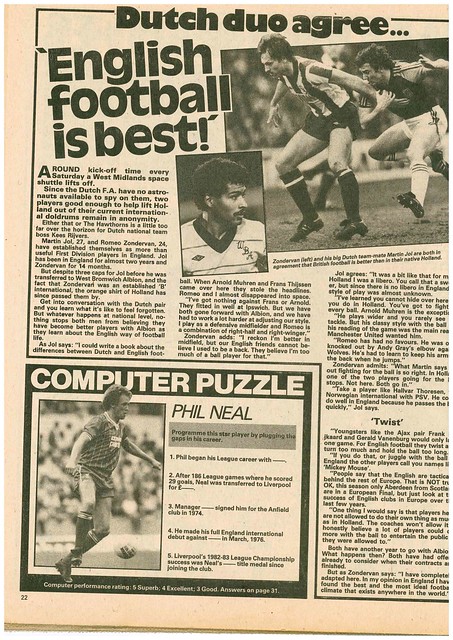 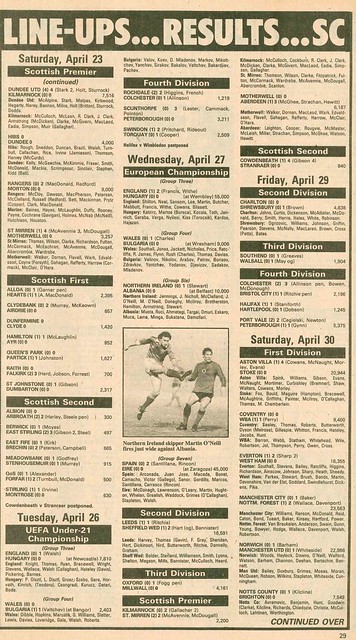 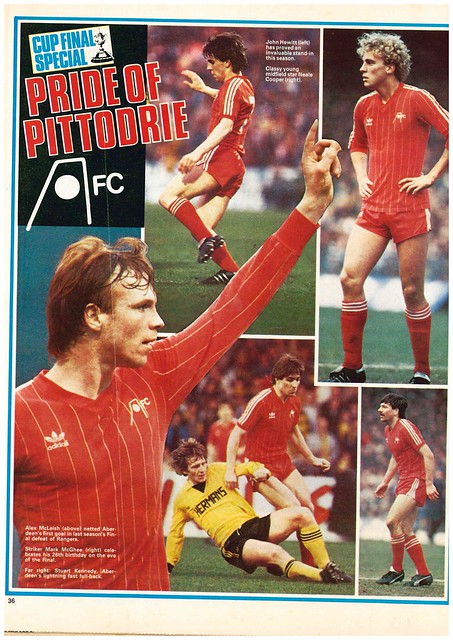 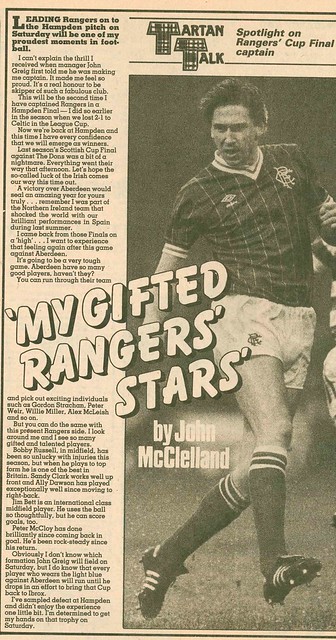 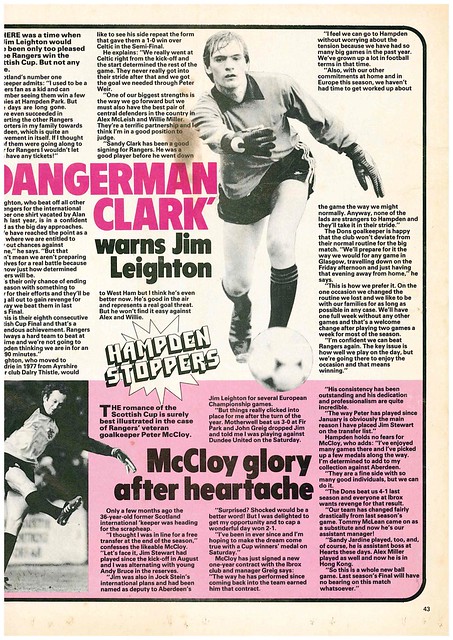 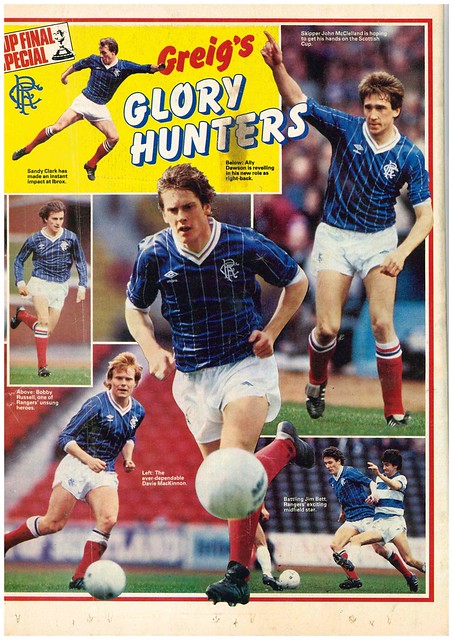