Jesper Olsen, in an Ajax kit doing keep-uppeys, is the cover star of this edition of Shoot. Despite wearing an Ajax kit, he’s very much a Manchester United player, having just signed for the club.

The headline desribes him as “United’s new George Best” – No pressure there.

United’s purchase of Olsen, in the week that Notts County couldn’t afford to sign Glenn Roeder is used as evidence in an editorial that a breakaway Super League of England’s top club beckons.

Olsen helped Denmark reach Euro 84 at the expense of England. 1966 World Cup winner Alan Ball speaks to Shoot about what England can do to win the 1986 World Cup in Mexico, suggesting that England should start throwing young players into international games.

Olsen wouldn’t be wearing a United shirt until the summer of 1984, as he’d be seeing out the season at Ajax, with Bryan Robson using his column to compare him to George Best, and urging United fans to keep a close eye on him when Denmark are playing in the European Championship in France.

England might not be heading to the finals in France, but Wales have a chance, and their qualifier against Yugoslavia is previewed. A win for Wales would send them to France.

The match finished 1-1, which meant they had to hope Yugoslavia fail to beat Bulgaria, but the Yugoslavs won it with an injury time winner.

If Wales were dreaming of France, Scotland weren’t, with a dismal campaign which saw them finish bottom of a group containing Belgium, East Germany and Switzerland.

Scotland were now looking to the 1986 World Cup Qualifiers, and that began with a British Championship game at Windsor Park against Northern Ireland, a side who Jock Stein has failed to beat as Scotland manager.

In club football, Dennis Mortimer speaks to Shoot about his return to the Aston Villa team, and how it has given him a new lease of life.

Paul Mariner is interviewed by Shoot, telling them that he fears he is played his last England game, having just turned 30, and how he revels on the verbal abuse he receives from oppositions fans.

It’s not just the 1986 World Cup that people are looking forward to, as England have submitted a bid to host the 1990 World Cup. They fear they have been upstage by Italy, who sent a delegation to FIFA HQ, while Greece sent a Telex, and Soviet Union hand delivered theirs.

Paolo Rossi has been fined £1,400 by authorities in Italy for the crime of wearing the national shirt without permission, after wearing it in an advert for sunglasses.

Another star with money problems was Diego Maradona, who had to pay £4,000 on excess baggage on a flight back home to Buenos Aires.

Raymond Goethels, manager of Standard Liege, predicts that Dundee United will win the European Cup in 1984.

Staying with Scottish teams, Rangers defender John McClelland is a guest columnist, and he declares that Mark McGhee is his toughest opponent.

Gary Mabbutt is another guest columnist, and he praises his young Tottenham team-mate Ally Dick.

Kenny Dalglish’s column focuses on Scotland’s visit to Windsor Park, saddened that this is the last season of the British Championship. 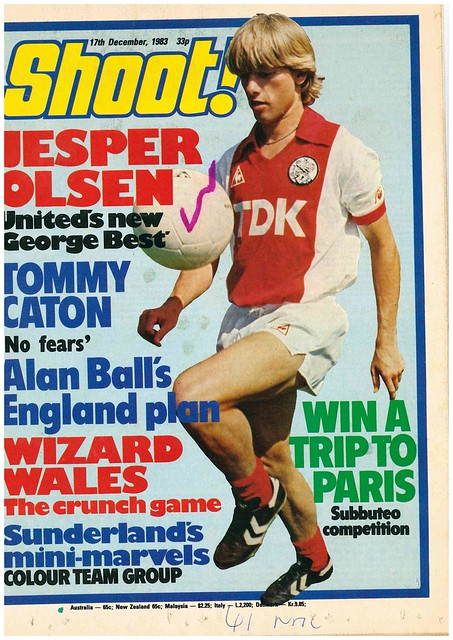 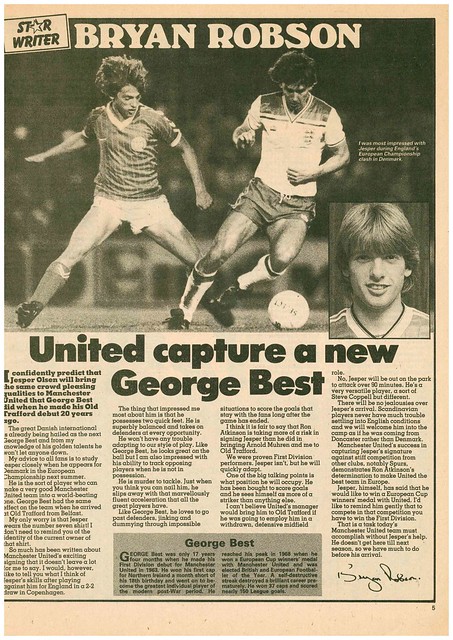 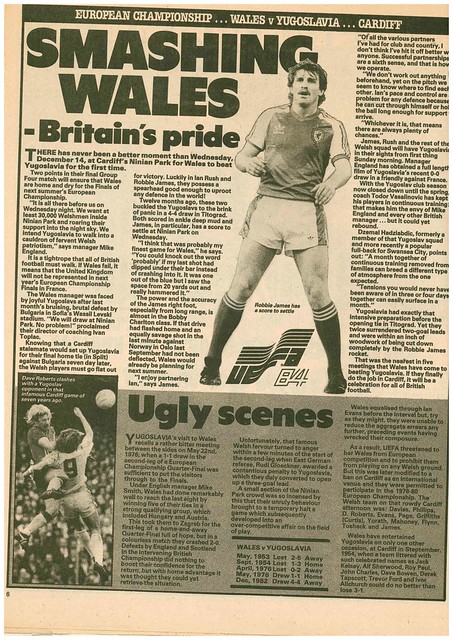 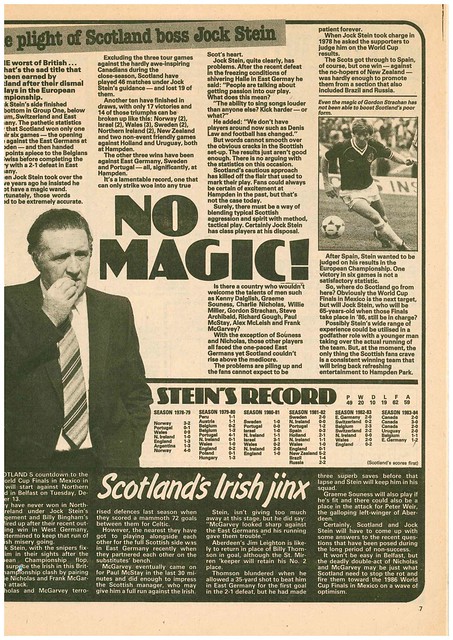 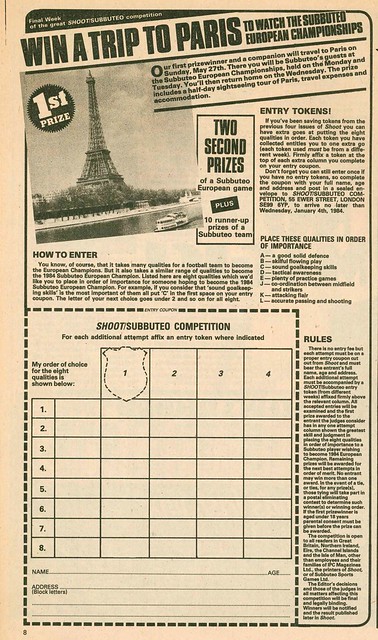 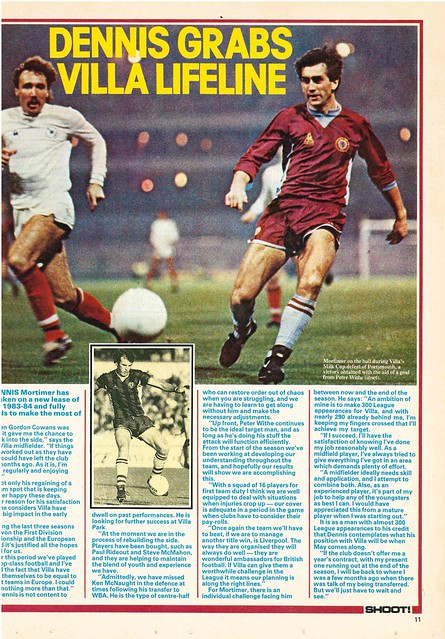 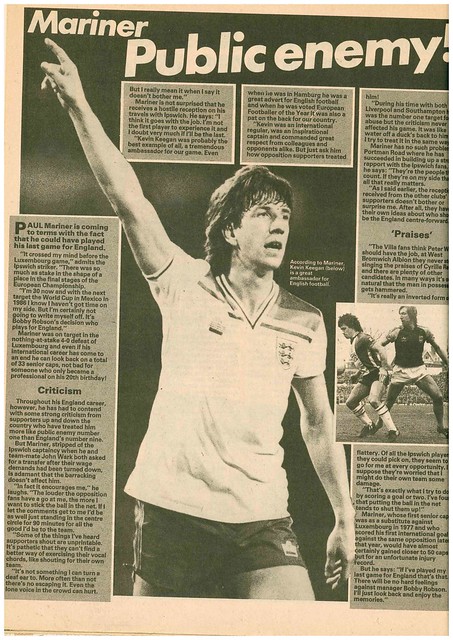 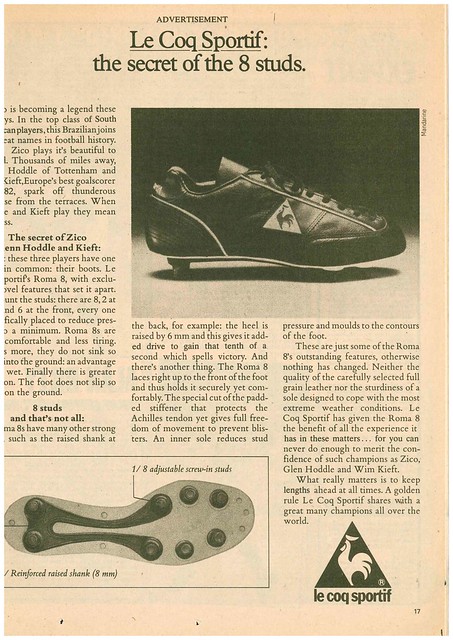 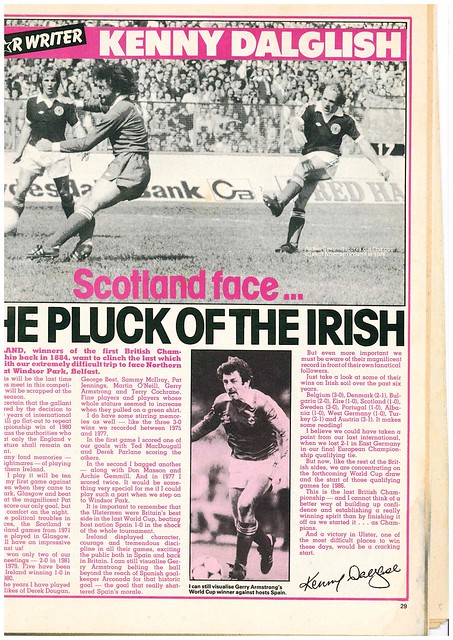