Rather misleading title this week, as NME brings out a yearbook to look back at 2005, than forward. The cover stars, are a series of stars from the year, such as Oasis, Arctic Monkeys, Coldplay, and Green Day.

The review of the year, unsurprisingly, begins in January, with the year starting off with a feud between The Killers and The Bravery.

The Killers get four pages looking back on their year, and the ten things that made it such a successful year, including the obvious one, “Have more than one good song”

February’s story of the month was the NME Awards. Curiously, with their lead story each month, NME include a selection of choice quotes from various music bloggers.

Ricky Wilson of Kaiser Chiefs gets four pages talking about the big news stories of 2005, including the return of Doctor Who, which he approved of, but not the choice of doctor.

“I would have went for someone a bit more leftfield, like Harry Hill. Or Eddie Izzard”

In March, the Feud Of The Month was within Snow Patrol, as Bassist Mark McClelland was sacked.

Meanwhile, Bono declared himself a fan of The Futureheads.

By May, Make Poverty History wristbands were the Fashion Item Of The Month, while the feud between The Killers and The Bravery escalated to be Feud Of The Month for May.

But the big news, was that The Darkness lost “Their only cool member” with the departure of Frankie Poullain.

Piers Morgan gets four pages, where he reviews the stories that filled the biggest amount of column inches in the tabloids.

A series of stars get Q and A’d about their year. The best thing someone said to Richard Archer from Hard-Fi was when somebody informed him that Brentford had went top of the league.

Coldplay get six pages, most of it photos, as they present their favourite photos from their year, which saw them release their third album.

Oasis gig at City Of Manchester Stadium, their first at the venue since it opened in 2003 was Gig Of The Month for July, but it was another gig, Live 8, which was the Story Of The Month.

Kasabian get a two page feature where they list their Top Ten gigs they attended in 2005, with The Prodigy at V Festival being the best.

Across the page, they list their Top Five gigs played, with Glastonbury coming out on top.

Four pages get dedicated to lyrics, as acts such as Kaiser Chiefs, Hard-Fi and Razorlight discuss the lyrical content of some of their big hits from the year.

Where in 2005 could you find the coolest bands on the planet? Yorkshire.

Yorkshire was so cool in 2005, that NME did a full page on how cool it was.

Like Coldplay, Bloc Party get a four page photo diary, looking back at their year.

By October, The Killers had moved on from The Bravery, and were now feuding with Fall Out Boy. 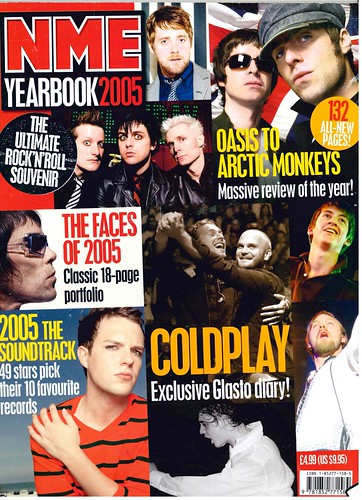 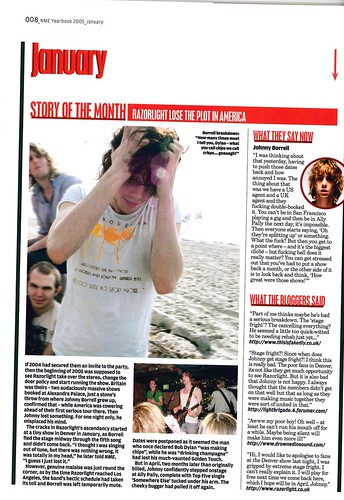 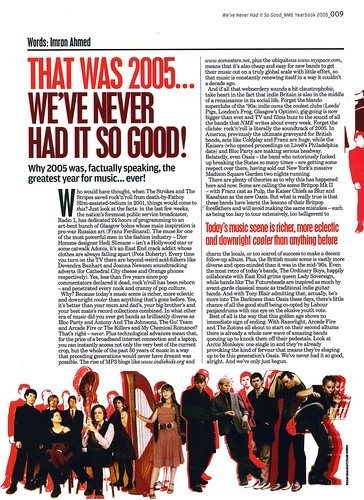 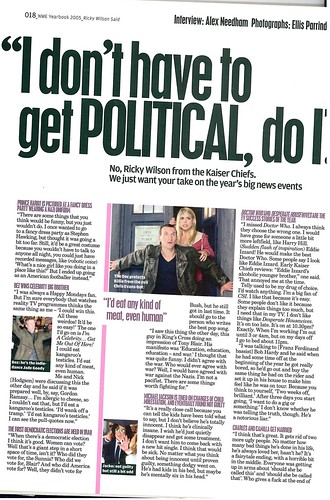 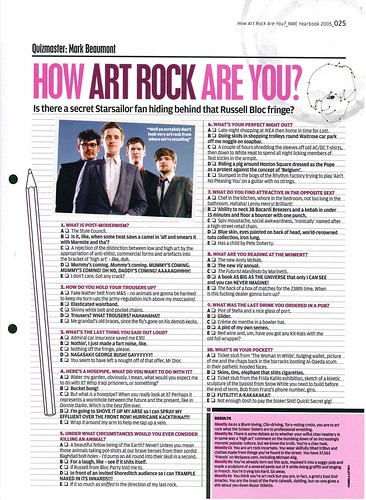 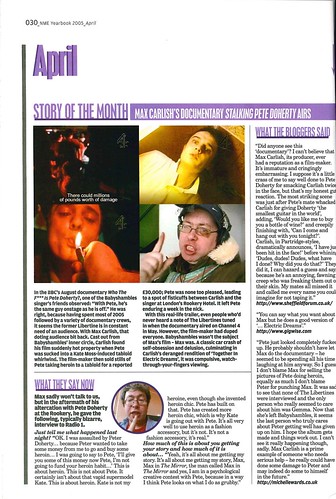 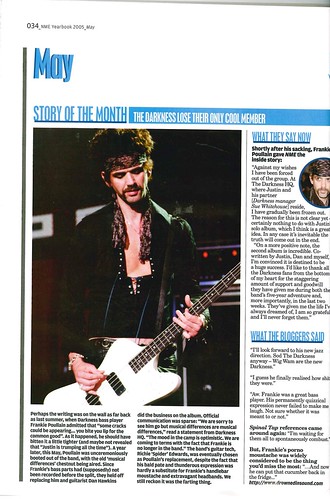 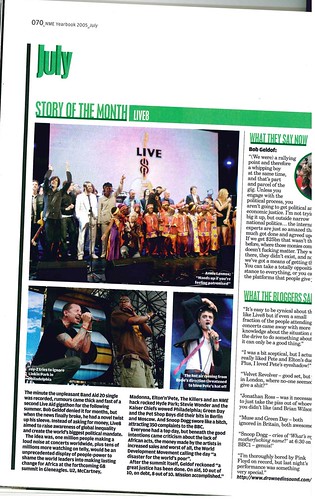 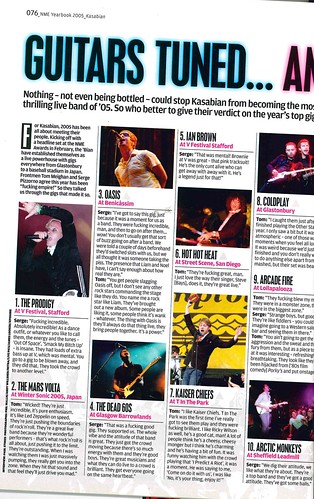 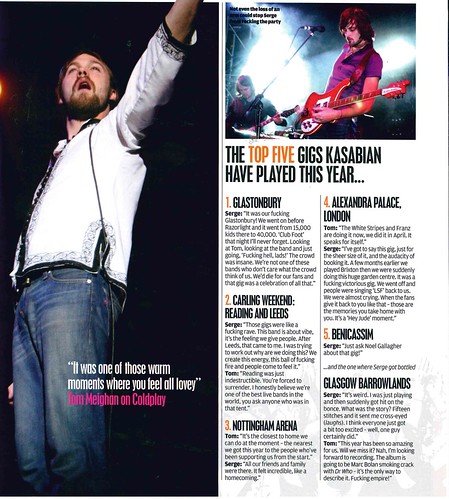 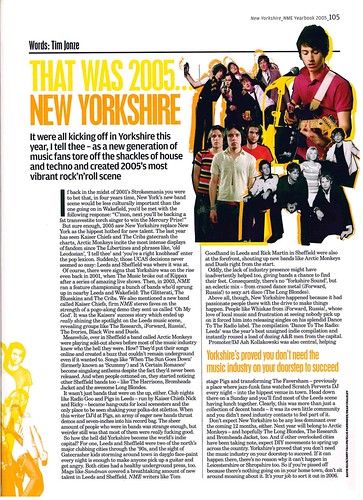