It’s the summer of 1989, and a jumping Lenny Henry is the cover star of Number One.

In chart news, the “What’s Up” column has Sybil, River Detectives, Lil Louis, Doobie Brothers and Martika as their featured singles.

There is a double pages feature on Stock Aitken Waterman, and their views of the current hit parade.

They started their own label as nobody else would give them a job, despite providing CBS with a Number 1 for Dear Or Alive in 1985.

Waterman is on the warpath describing The Smiths, U2 and Clannad as “The Perry Como and Al Martino of the 1980s”, adding “U2 and The Smiths are boring and old fashioned. Kids today see it as their brother’s music”

Bono gets even more ire, with Waterman describing him as “Bono’s old. He’s got long hair. He’s scruffy”

It’s not just Bono, Waterman also has it in for Acid House, describing it as “The acid house thing …. it’s just a trendy thing, not working class Britain. It’s middle class university students who’ve got £15 to go to the acid house gig and £30 to buy the ecstacy”

Waterman then compares S/A/W to Elvis and Little Richard, and says they are the Liverpool FC of pop, as they work to a winning forumla.

In news, Lenny Henry is about to launch a pop career, albeit in the guise of one of his characters, Theophilius P Wilderbeest. Deacon Blue have announced a tour for December 1989, which begins at King’s Hall in Belfast.

On TV that week, Kylie was on Wogan, Channel 4 had a documentary on Yazz, and BBC 1 has a concert for Stevie Wonder’s birthday.

The Primitives get a full page interview, mostly focusing on what annoys them.

In adverts, tickets for Bros at Wembley were advertised, with support coming from Debbie Gibson and Salt N Pepa, with DJ sets from Simon Mayo and Pat Sharp.

Tony James from Transvision Vamp, Trev and Simon, Roland Gift from Fine Young Cannibals and Paula Abdul take part in Genius Of Pop, Number One’s quiz, with Trev and Simion winning with 6 out of 10.

In the centre pages, yout could get a lyrics poster of Kylie Minogue’s new single, Wouldn’t Change A Thing.

Milli Vanilli get a double page Q and A with Number One. I couldn’t possibly comment if it was Frank Farian answering the questions for them.

Cover star Lenny Henry gets a double page interview, in the guise of his characters Theophilus Wildebeest and Delbert Wilkins.

There is a full page review of the recent Prince’s Trust Concert. Beside it, is Bruno Brooks Radio 1 Roadshow Diary.

A few pages later, there is a half page interview with Eartha Kitt, who is releasing a single recorded with Bronski Beat.

Singles are reviewed by Shirley Manson, future Garbage singer, then fronting Goodbye Mr Mackenzie. Her favourite single that week was Stand by REM. 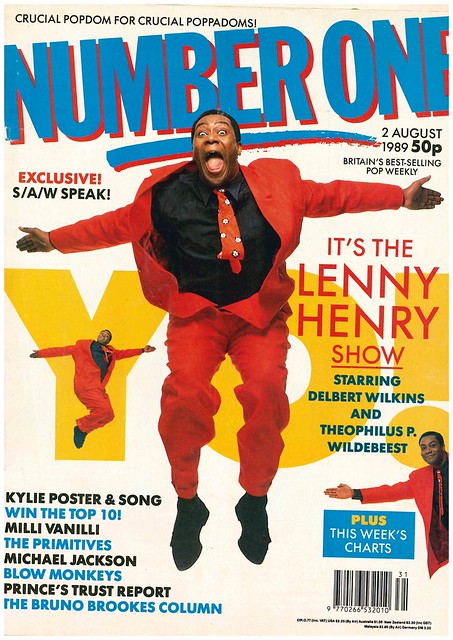 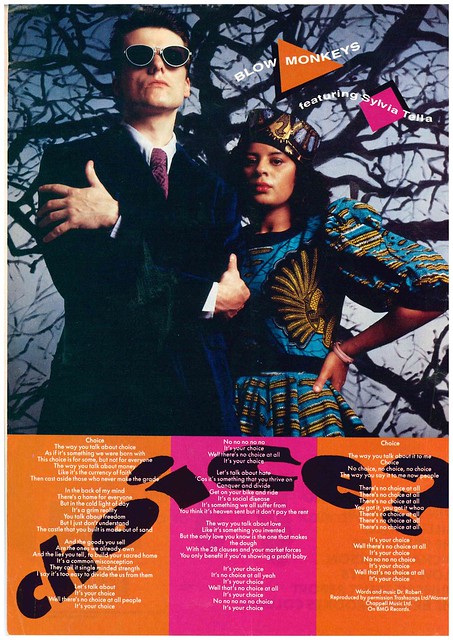 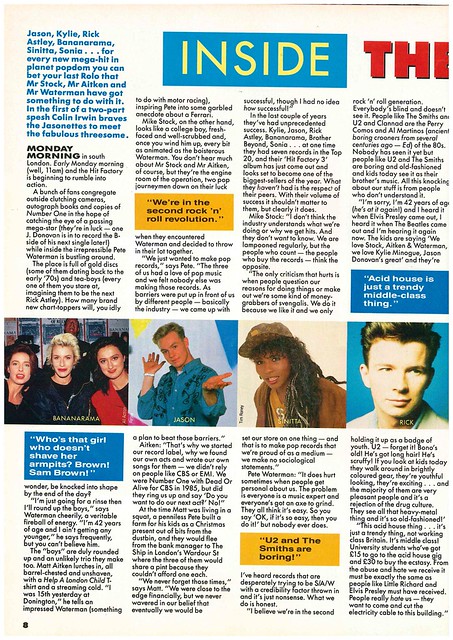 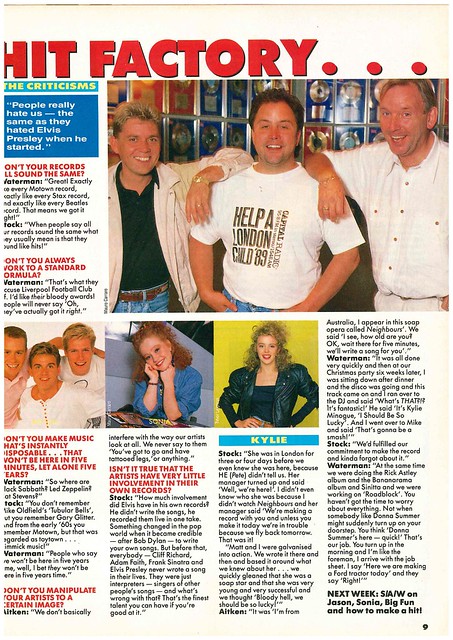 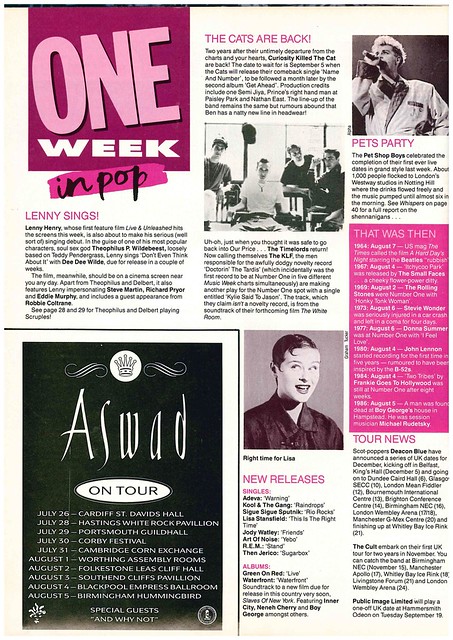 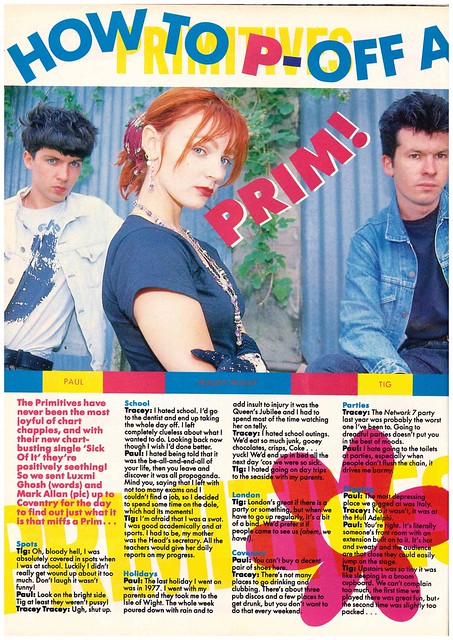 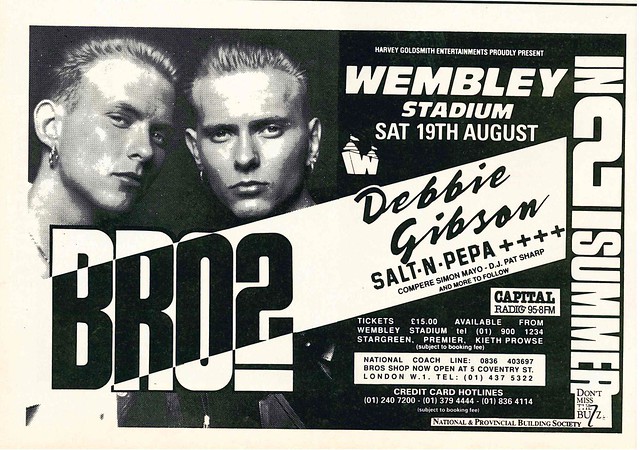 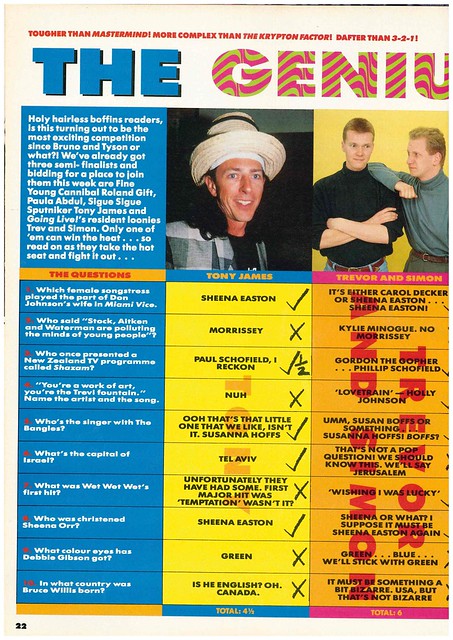 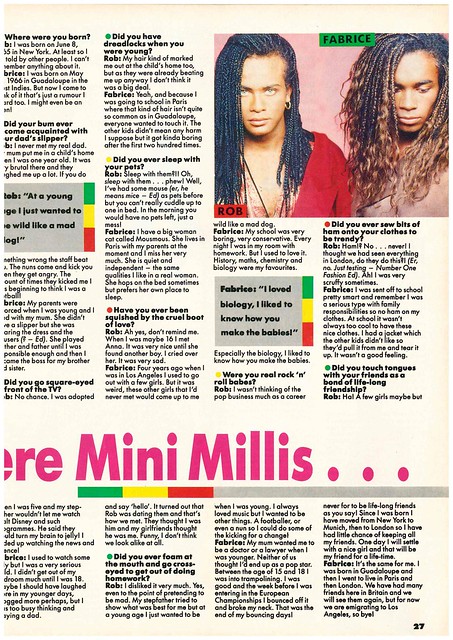 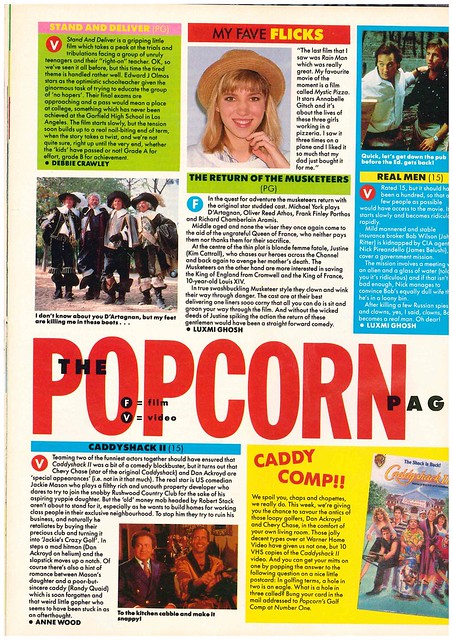 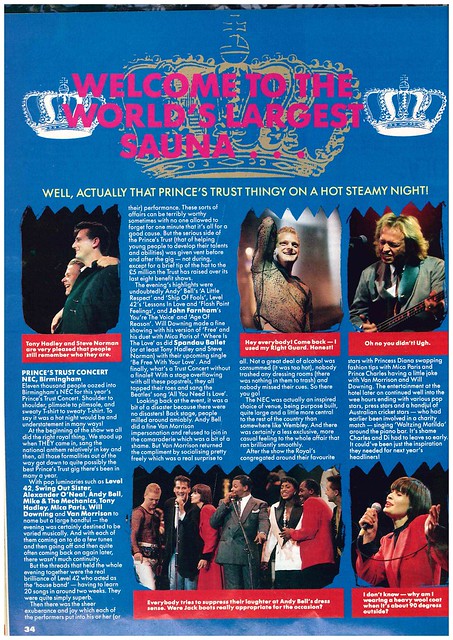 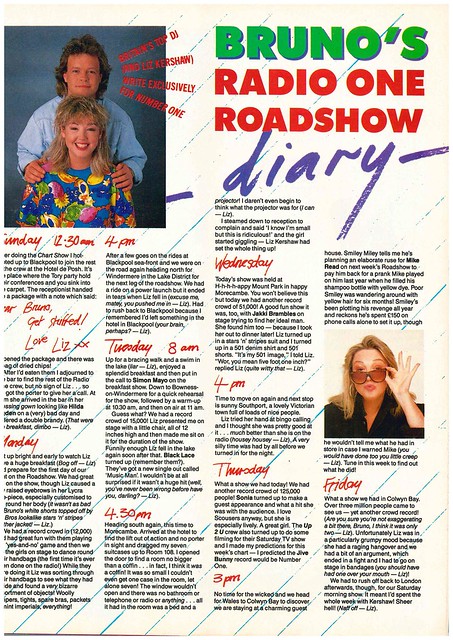 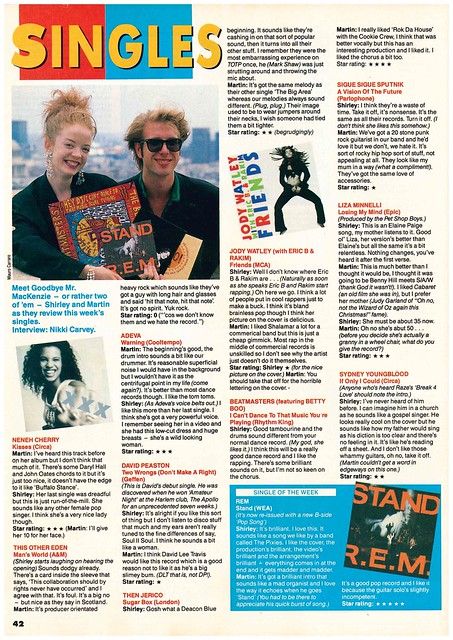 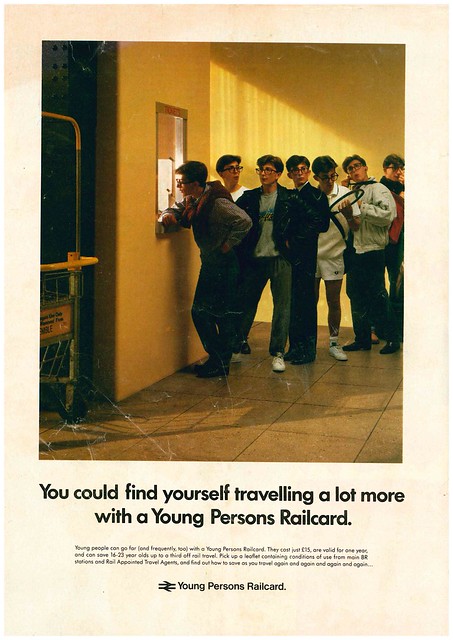