It’s the League Cup Final, and this is reflected with both Everton and Liverpool being represented on the cover. Both teams are looking to make history. Liverpool by winning the trophy in four successive seasons, and Everton to win it for the first time.

The match gets a four page preview, with a series of top flight stars being canvassed for their opinion, and the consensus is that Everton will win.

There is a profile of Matchman Of The month, Davie Cooper of Rangers.

Also getting profiled is new Aston Villa signing Steve Foster, who is happy with the move as it means he won’t have to play against Peter Withe, who he rates as his toughest opponent.

Match assesses form of Liverpool and Everton in this season’s League Cup, based on the player ratings in Match Facts, with Everton edging out Liverpool by a score of 6.81 to 6.77.

Plymouth Argyle get profiled as they dream of a trip to Wembley after putting Derby County out of the FA Cup, with a Semi-Final against Watford at Villa Park standing in the way.

It’s also the League Cup Final in Scotland, with the game between Rangers and Celtic getting a double page preview. There is also a poster of Robert Prytz of Rangers.

Ratings seem to be a theme in this magazine, as Glenn Hoddle gets a go at rating Everton and Liverpool’s players.

The magazine ends with a profile of Mark Lawrenson, who says he wants to be a Commentator when he retires. 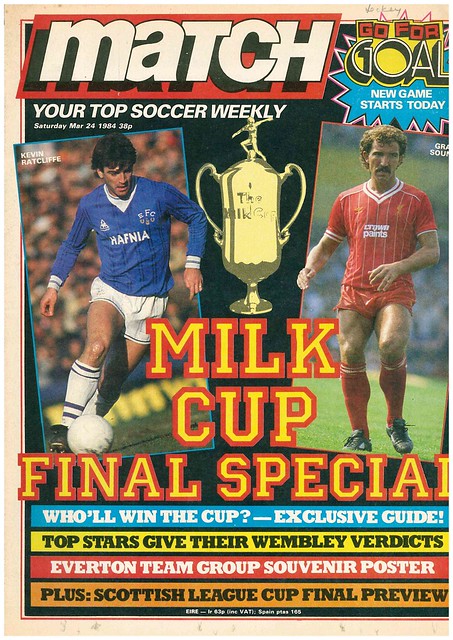 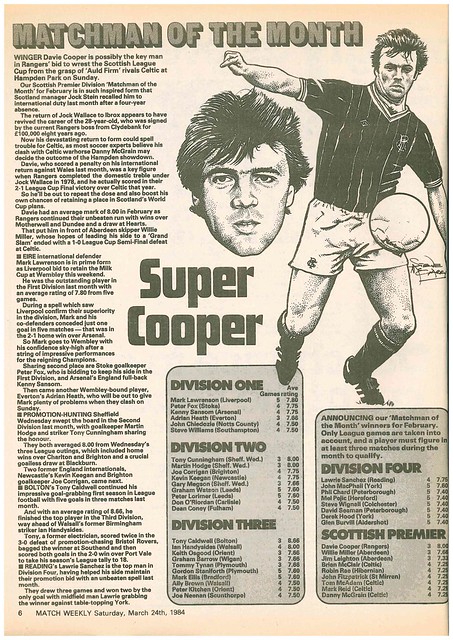 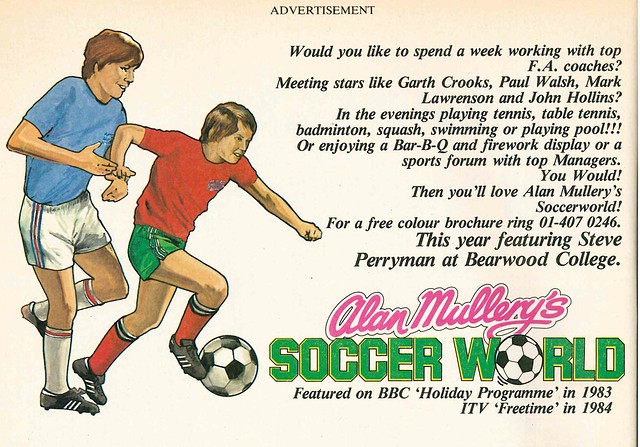 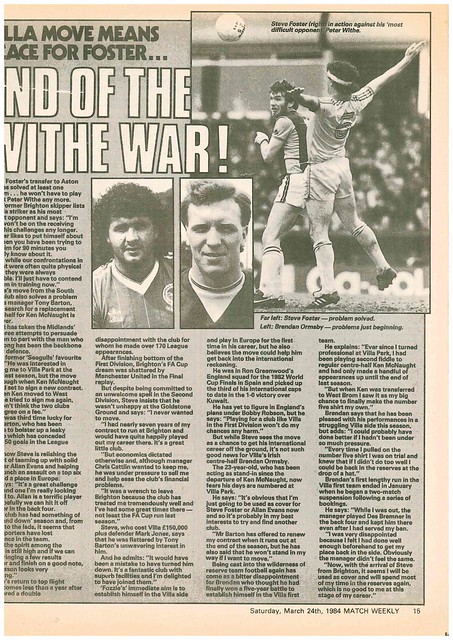 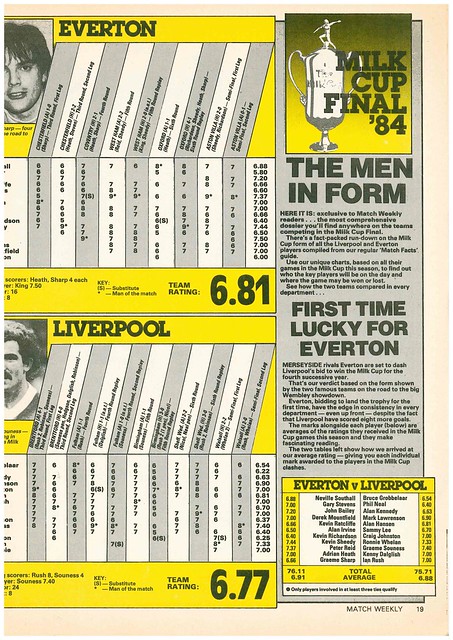 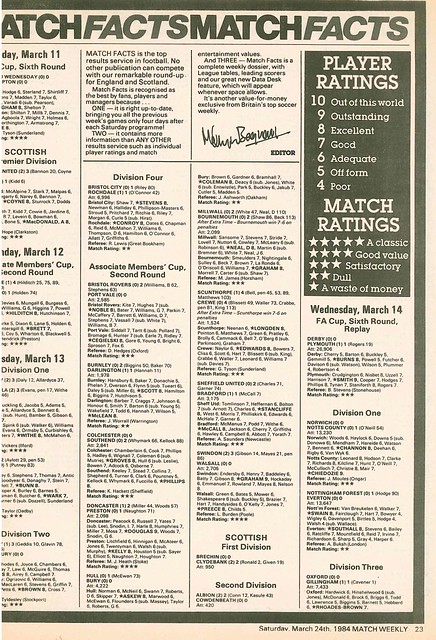 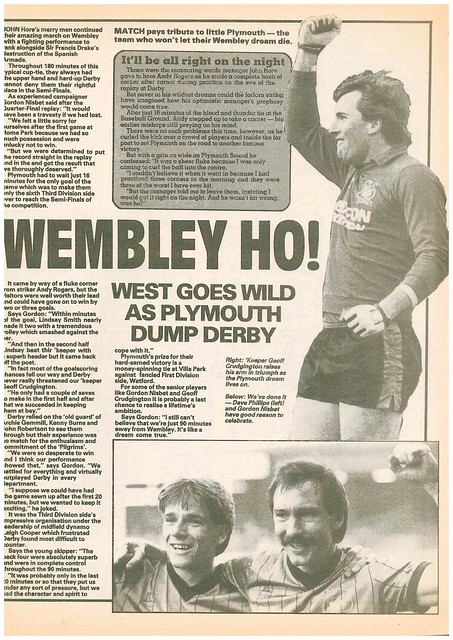 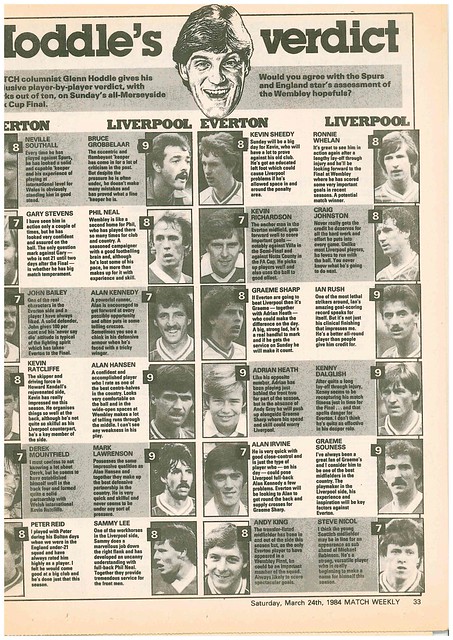 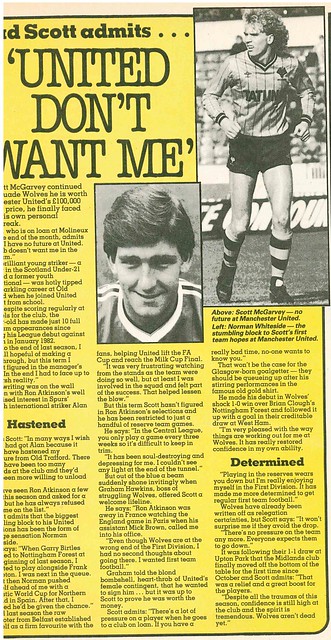 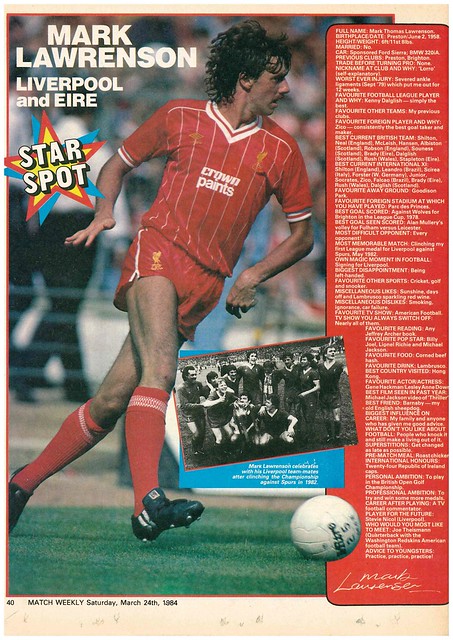