Paul McGrath, in action for Republic Of Ireland, is the cover star, as Match leads with the headline “FORCED OUT!”, with McGrath having just left Manchester United for Aston Villa.

As you open the magazine, there is an interview with McGrath, who tells Match that Manchester United’s search for a Central Defender left him with no option but to sign for Aston Villa, almost a year after a move to Tottenham Hotspur broke down.

When you turn over the page, there is an interview with Norman Whiteside, who feels his move to Goodison Park will help his ambition of winning a league title.

With a new season about to start in Scotland, Mo Johnston tells Match he wants to win over the Rangers fans, having previously played for Celtic, adding that he is confident of Rangers making an impression in the European Cup, despite being drawn against Bayern Munich in the group stages.

Staying in Scotland, Hibs goalkeeper Andy Goram has received a dressing down for leaving Hibs pre-season training to play international Cricket for Scotland.

Arsenal will be playing Independiente in a friendly in Miami, which will be broadcast live on ITV that weekend.

Another English club on tour in 1989 were Ipswich Town, becoming the first English club to tour the Soviet Union.

Division Four gets previewed, with both Ian Muir of Tranmere and Tony Grealish of Rotherham expecting Scunthorpe United to win the division in 1990. They finished 11th.

Mick Quinn has just signed for Newcastle, but tells Match of his frustration at being priced out of a move to a top flight club due to Portsmouth’s valuation of him. 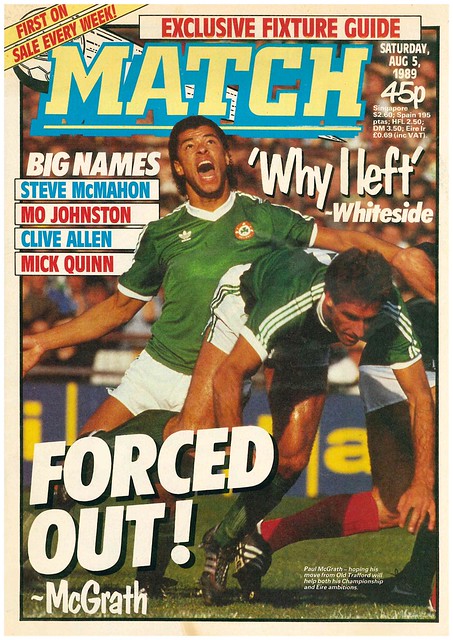 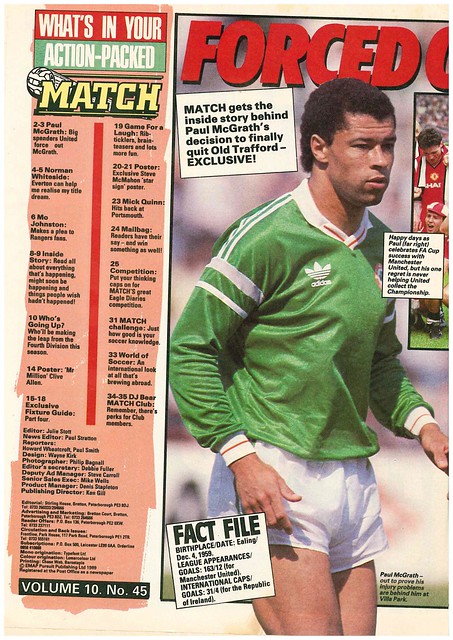 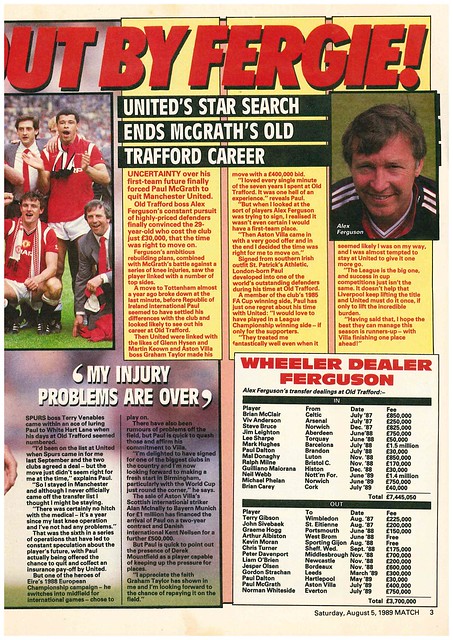 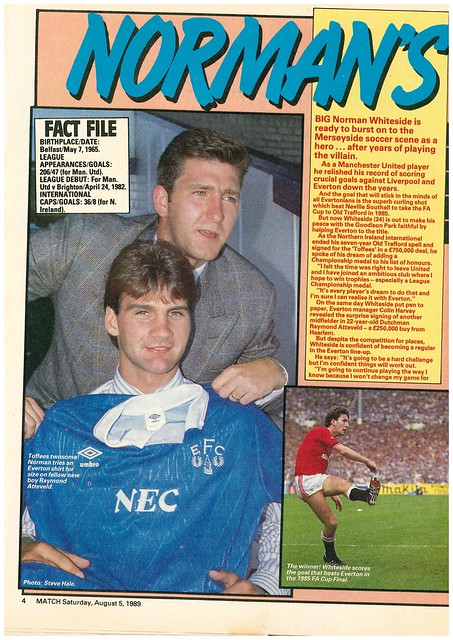 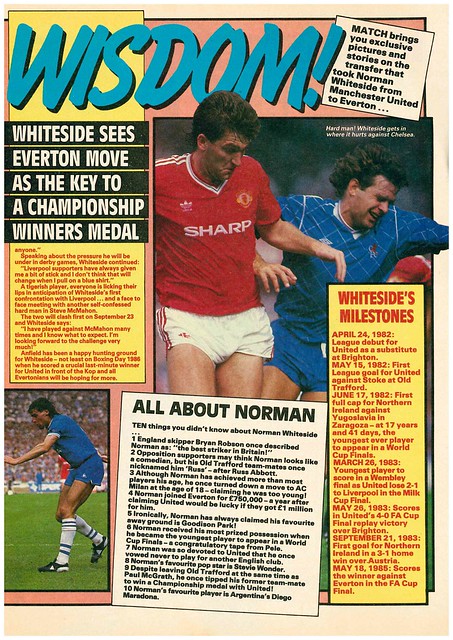 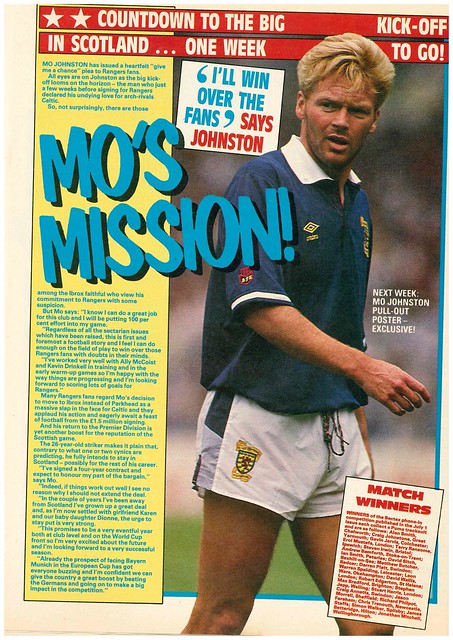 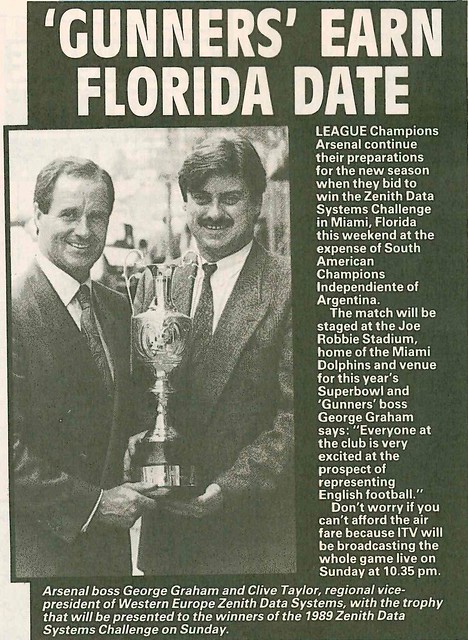 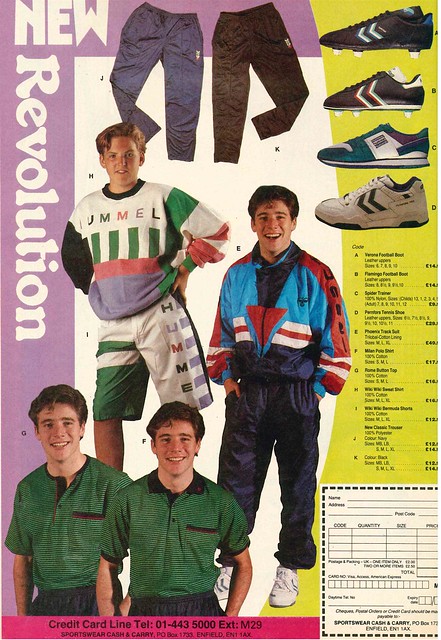 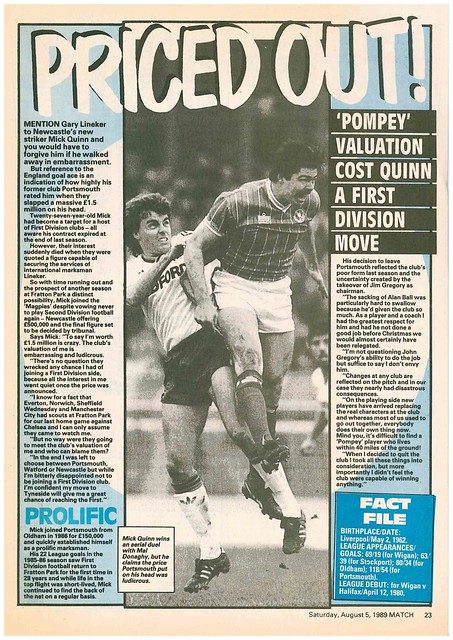 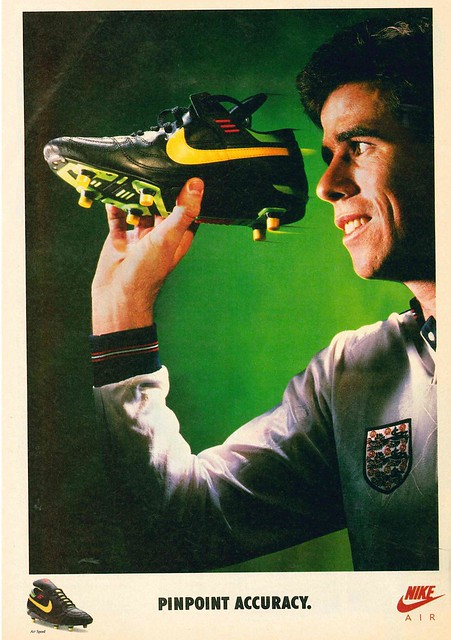 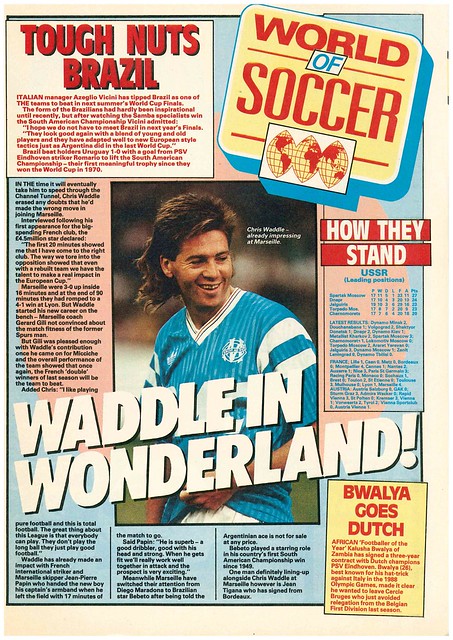