Norman Whiteside, still only twenty years old, is this week’s cover star, as Shoot reveals what he is really like.

As you open the magazine, there is a double page article called Tottenham Scotspur, focusing on the lack of Scottish talent at White Hart Lane, with only youngster Ally Dick being on the books.

Dick is described as a name for tomorrow, but his tomorrow would be outside the UK, most notably at Ajax, where he was a substitute in the 1988 European Cup Winners Cup Final.

Shoot suggests Scottish talent who Spurs should sign, such as Paul McStay, Maurice Malpas, Jim Leighton (who would end up across North London at Arsenal for a short loan spell in 1991) and Richard Gough, who would sign for Spurs the following summer.

In news, Kevin Keegan has quit England to live in Spain so he can play Golf all year round.

Ian Rush uses his column to reveal that new Liverpool manager Kenny Dalglish is much tougher than his predecessors Joe Fagin and Bob Paisley.

The FAI invoked a UEFA rule to stop RTE showing live coverage of top flight games in England on a Saturday afternoon, to stop viewers in Northern Ireland watching it instead of attending games at Irish League clubs. Their own domestic league, League Of Ireland, would have been unaffected due to playing on Sundays.

Having suggested possible signings for Spurs earlier, Shoot report that Spurs are looking at signing either Alvin Martin or Steve Bruce.

Bryan Robson uses his column to appeal to referees to stop allowing goalkeepers to move before a penalty kick is taken.

Cover star Norman Whiteside gets a double page spread, where he is described as a tough guy with a soft centre, and reveals that he misses Gordon McQueen in the dressing room, who he describes as almost as funny as Jimmy Cricket.

Shoot goes behind the scenes at Aberdeen, where manager Alex Ferguson says the basis of their success (prophetically, considering his future success at Manchester United) is young players brought through the club. He also describes cook Belle Morrison as his bets signing.

When this magazine went to print, there was no coverage of English football on TV (contradicting the earlier story about RTE) meaning no games were filmed. The impact was felt abroad, as Scandinavian fans were now deserting English clubs for Italian and West German sides, with both league now being broadcast there instead.

Brian Clough uses his column to reveal that he’ll miss recently departed Southampton manager Lawrie McMenemy supplying him with strawberries whenever his side visits The Dell, and expresses his opposition to the idea of groundsharing in England.

Lee Chapman of Sheffield Wednesday has a simple ambition for this season, to get more goals than stitches.

Tommy Cannon, described as “The suave half of Cannon and Ball”, gets a full page feature having just joined the board at Rochdale. The story is accompanied by a picture of him posing in a Rochdale kit.

Steve Hodge, a recent Aston Villa signing, tells Shoot he has joined “A team of the future”. Aston Villa were relegated in 1987, by which point Hodge had left to sign for Tottenham Hotspur.

Charlton Athletic get a feature, as they are forced to moved out of The Valley due to it not being considered safe, and are playing their first match at Selhurst Park. Charlton wouldn’t play at The Valley again until 1992. 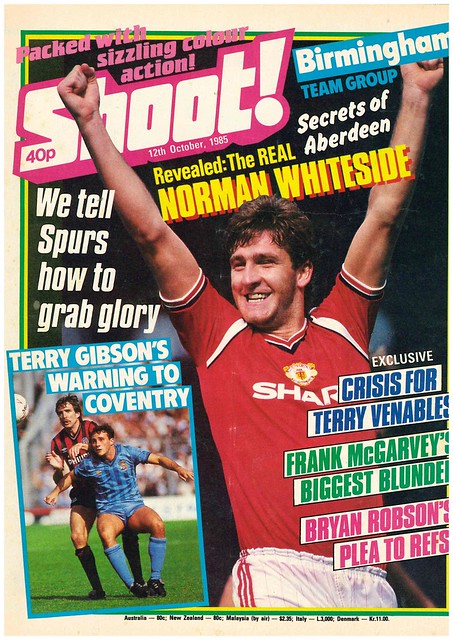 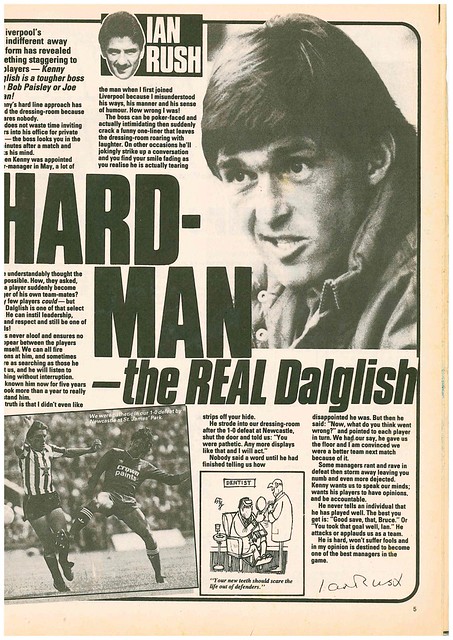 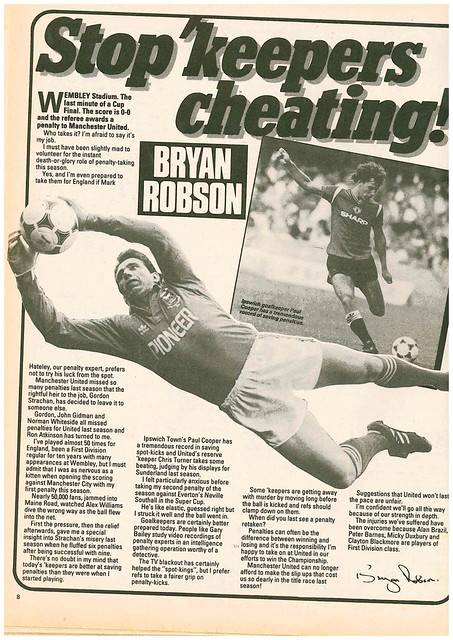 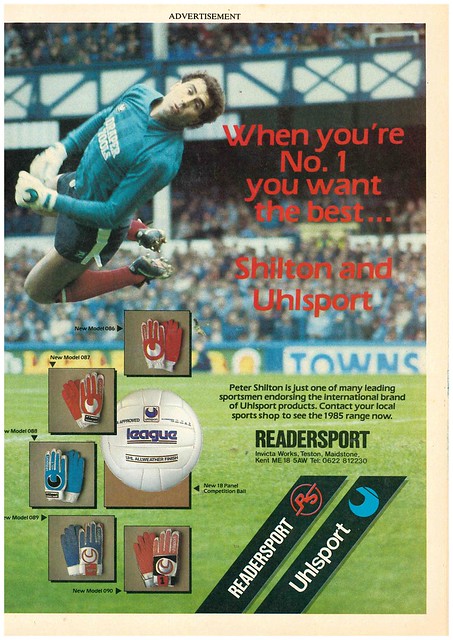 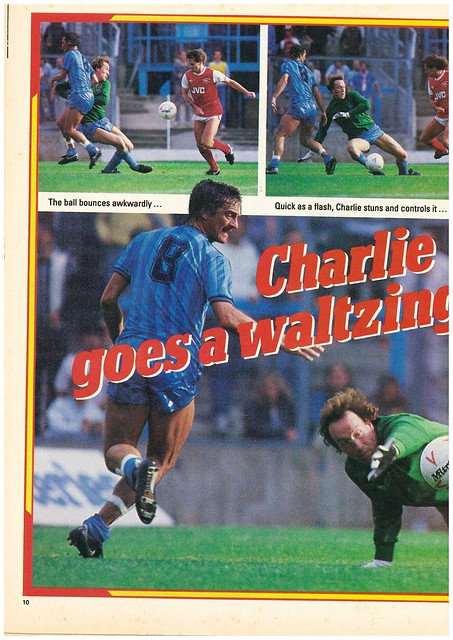 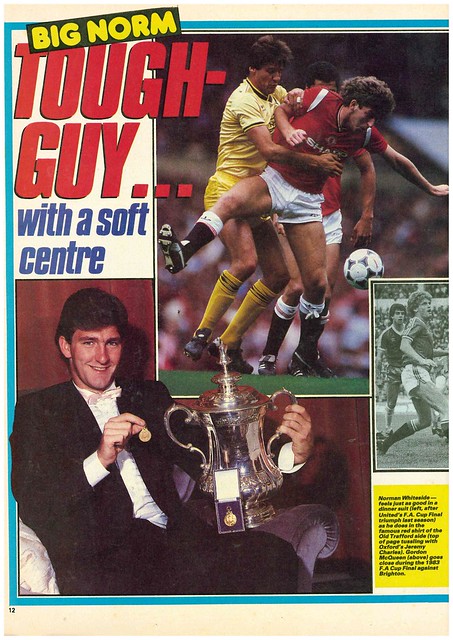 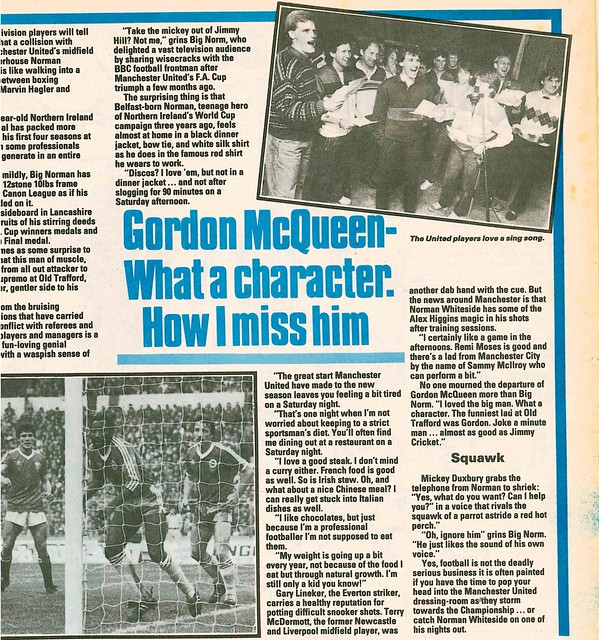 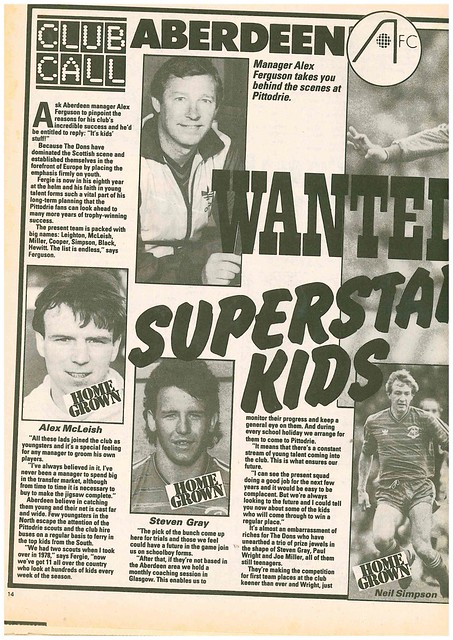 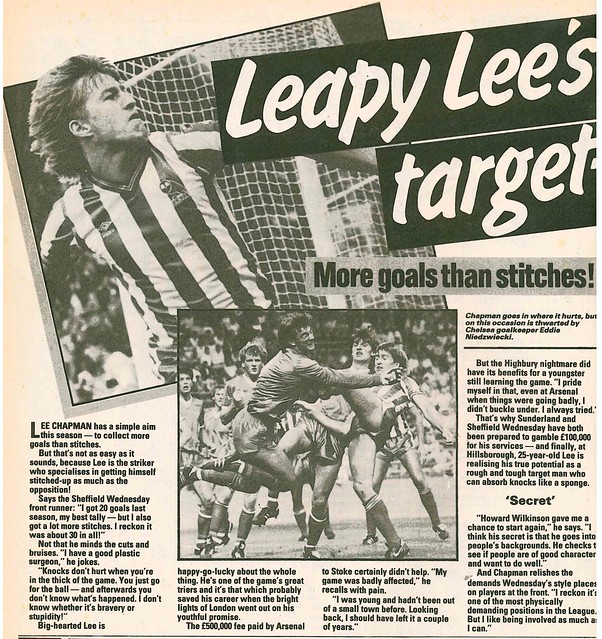 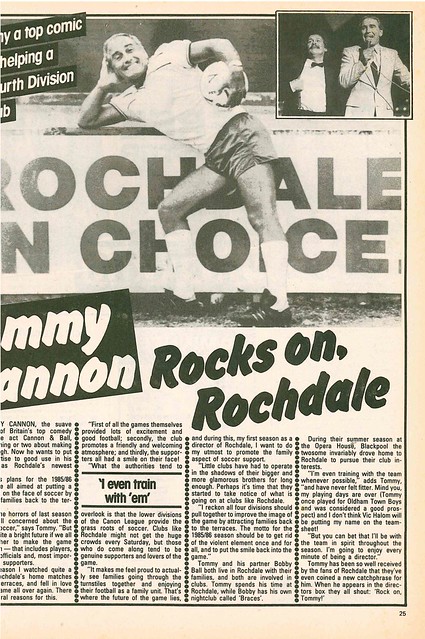 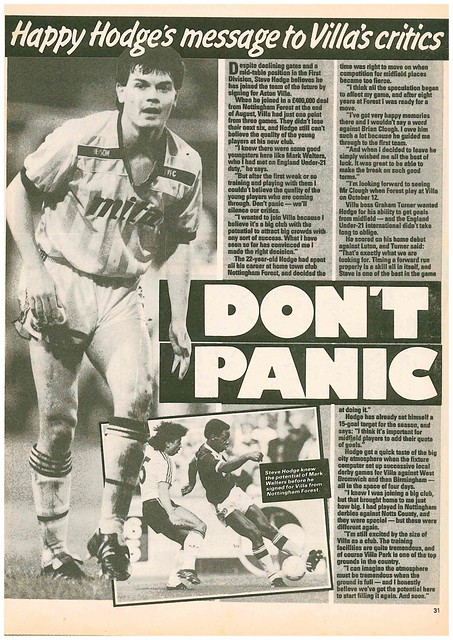 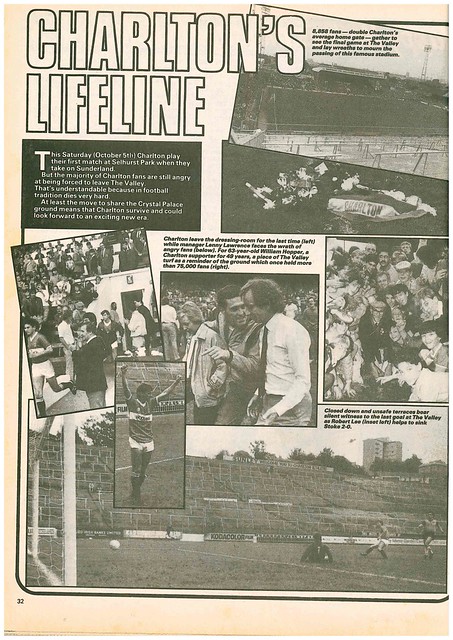 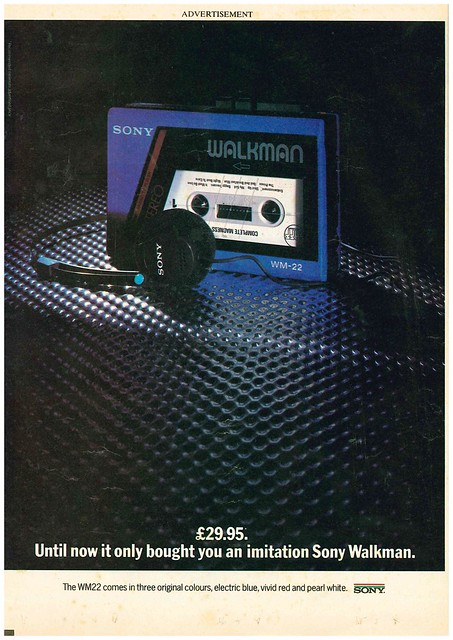