As 1987 comes to an end, U2 are now the biggest band in the world. So big, they get to be on the cover of Smash Hits.

In news, Curiousity Killed The Cat are definitely not splitting up.

Back in the charts with Got My Mind Set On You, George Harrison’s career so far gets featured, just in case you didn’t know who he was.

There is also speculation this week about the futures of Level 42 and The Smiths.

In competitions, you could win a signed Erasure single.

From splits to reunions, there are rumours that Culture Club might be getting back together.

Smash Hits goes on tour with Colin Vearncombe, better known as Black, as he tours Europe.

Carol Decker of T’Pau gets a double page interview where she disagrees that she looks like the Duchess Of York and prefers Barbie over Sindy.

There were lyric posters for Jesus and Mary Chain, The Smiths, T’Pau and Marillion.

U2 get a four page feature which is accompanied by a review of a biography of them written by Eamon Dunphy, as well as a competition to win U2’s entire back catalogue.

Talking of U2, Jimmy Somerville reveals he has a poster of Larry Mullan in his kitchen despite not being a fan of U2.

Pet Shop Boys answer questions from readers where Neil Tennant confirms that he actually has to wear glasses and it’s not part of an image.

In ads, you could buy a pink cassette player from Rumbelows for £34.99.

Featured earlier in the magazine, The Communards are Single Of The Fortnight.

Wet Wet Wet get a concert review, with fans being interviewed outside the venue, with 15 year old Sharon saying that Marti Pellow has a nice bottom.

Talking of concerts, you could win a VHS of Spandau Ballet in concert 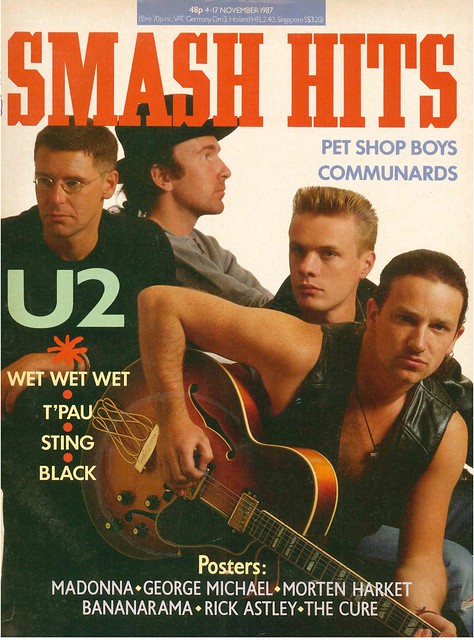 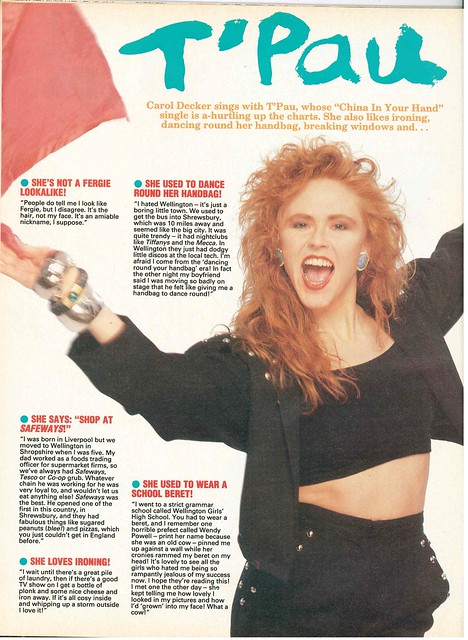 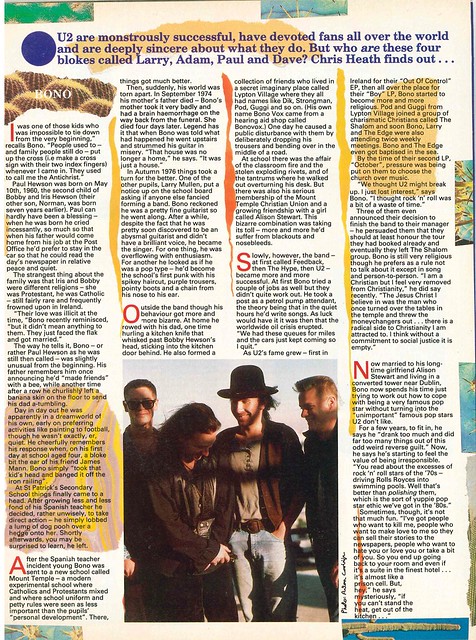 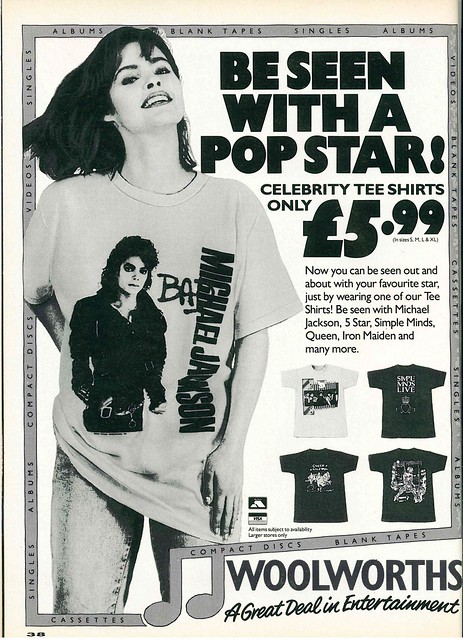 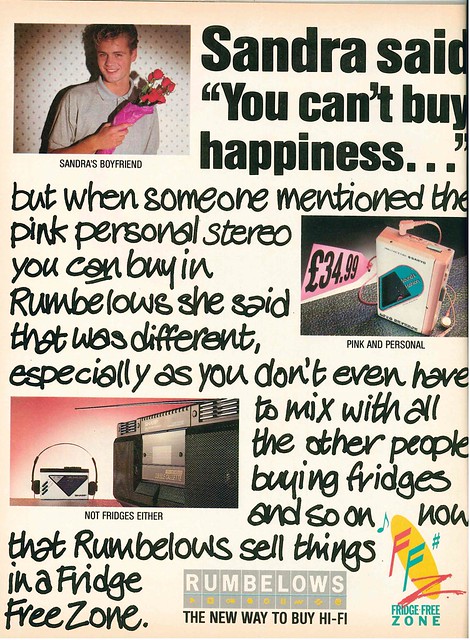