It’s a double issue of 90 Minutes as Christmas 1992 approaches, with Alan Shearer of Blackburn Rovers being the cover star.

Chris Woods of Sheffield Wednesday gets a double page spread as he looks back at his year, expressing his disappointment at England’s early exit from Euro 92.

90 Minutes Live goes to Millwall v Southend, and canvasses supporters on theri highlights and lowlights of the year.

Les Ferdinand is the subject of a Q and A, where he reveals that he just doesn’t get the fuss about one of the year’s biggest hits, Stay by Shakespear’s Sister.

In Scotland, Hibs striker Keith Wright is interviewed, where he reveals he can’t wait to see the back of 1992.

Pasquale Bruno of Torino is interviewed, where he reveals he wants to play in England, ideally somewhere in the North of England to be close to his friend Ian Rush.

John Byrne gets interviewed as he aims to get Millwall promoted back to the top flight after joining them in a shock transfer, just six months after helping Sunderland reach the FA Cup Final.

In their weekly Italian football column, it is reported that Thomas Brolin is being lined up by Sampdoria.

Darren Ferguson gets interviewed, having broken into the Manchester United team this year, and discusses how hard he has to work to get into the team, picked by his dad Alex.

A player from Manchester United’s future, Dwight Yorke, gets interviewed as he speaks of his frustration at not being able to get a game for Aston Villa due to the form of Dean Saunders and Dalian Atkinson.

Alan McLaren of Hearts is the subject of a Q and A where he reveals that the best ever concert he went to was Wet Wet Wet at Edinburgh Castle. 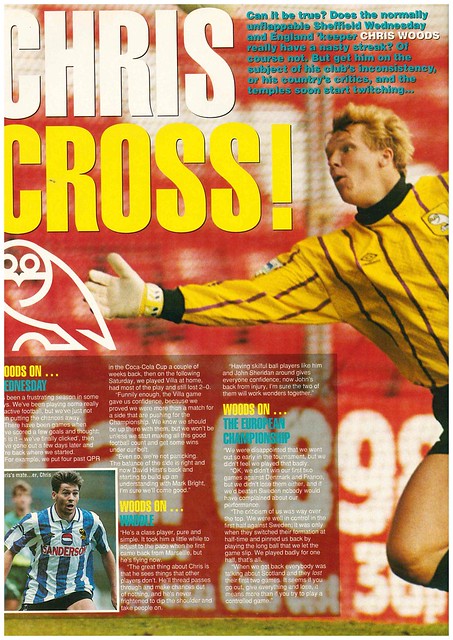 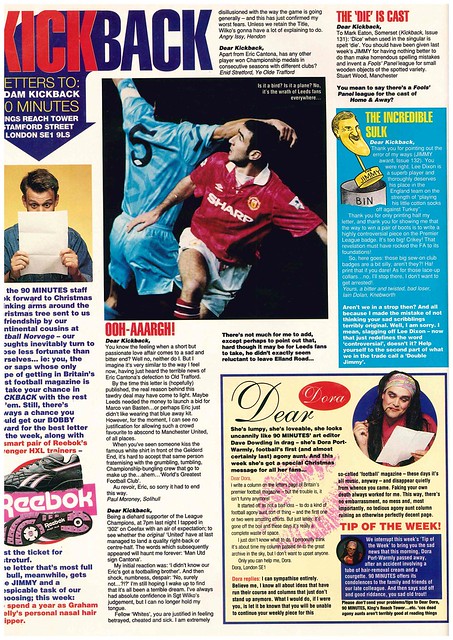 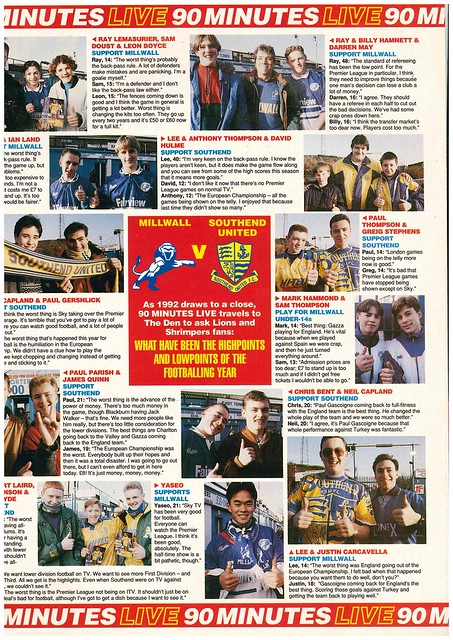 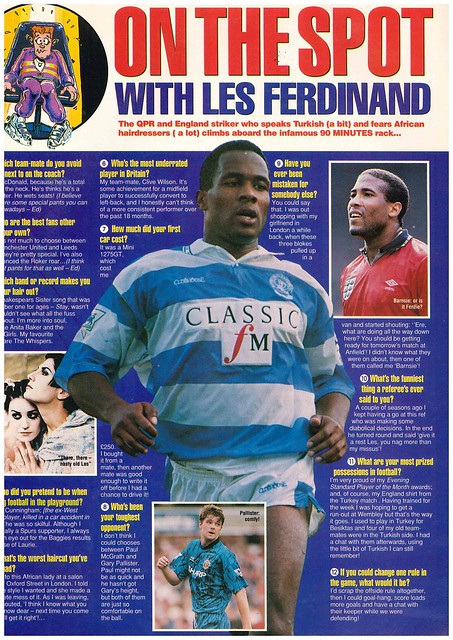 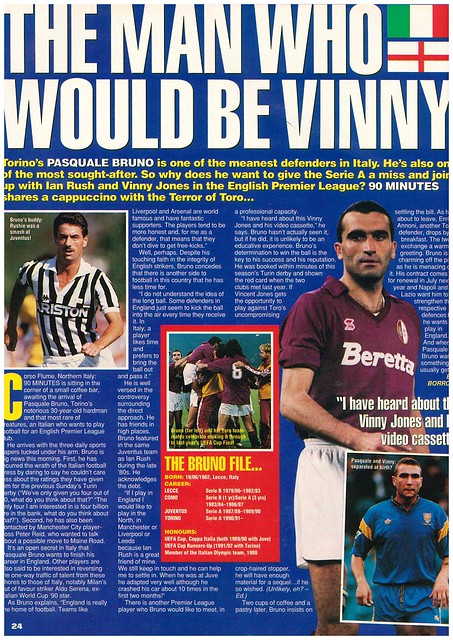 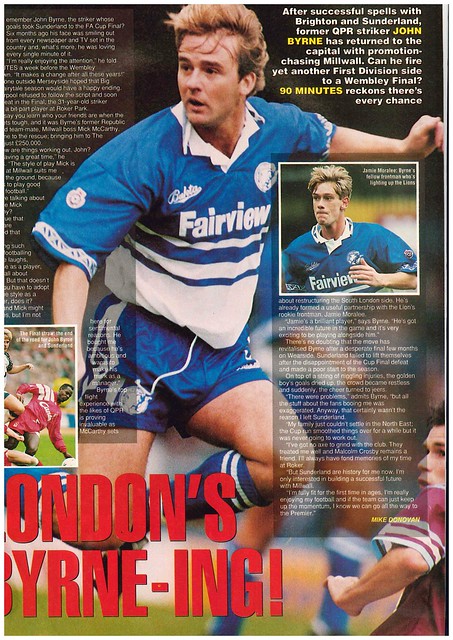 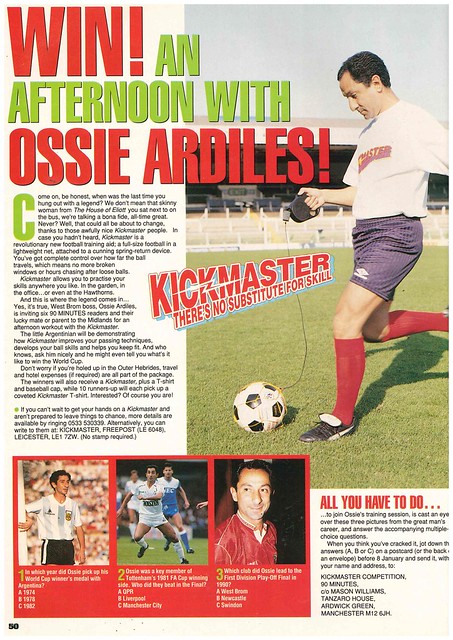 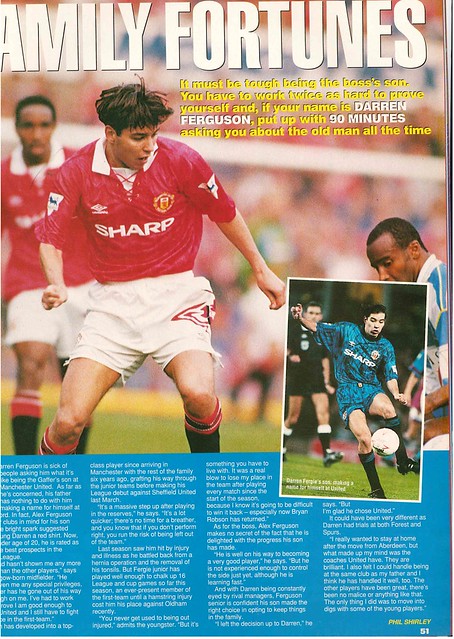 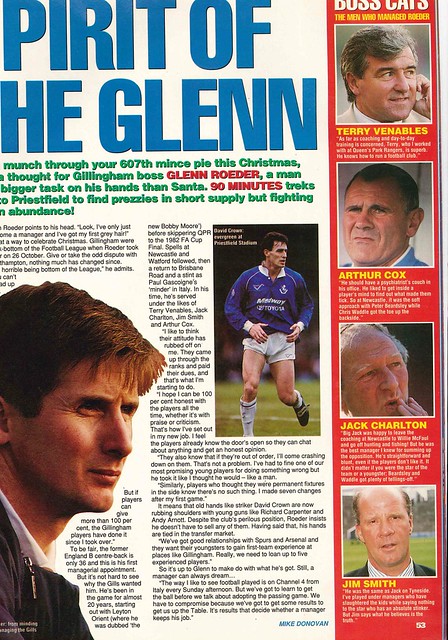 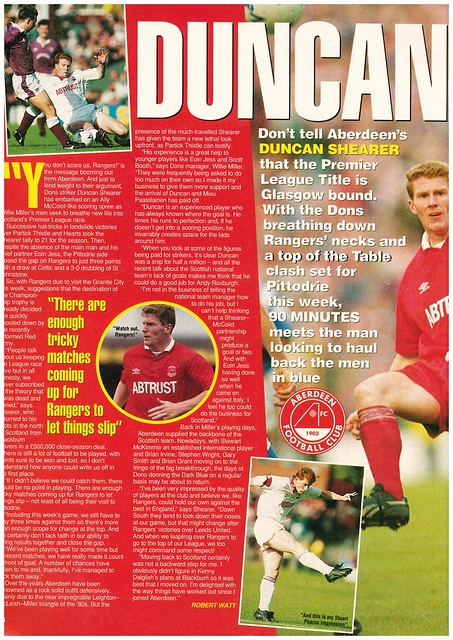 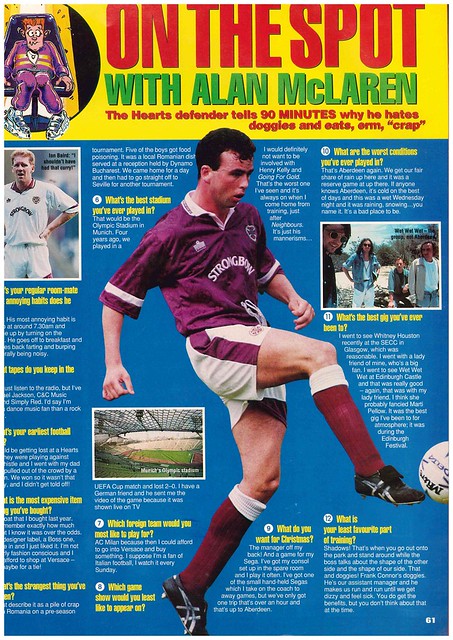 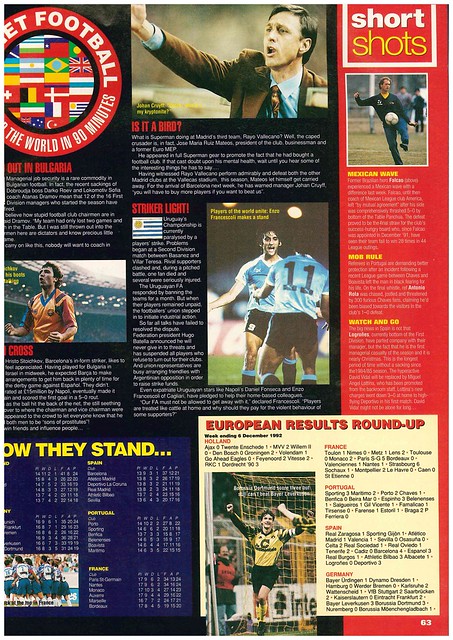 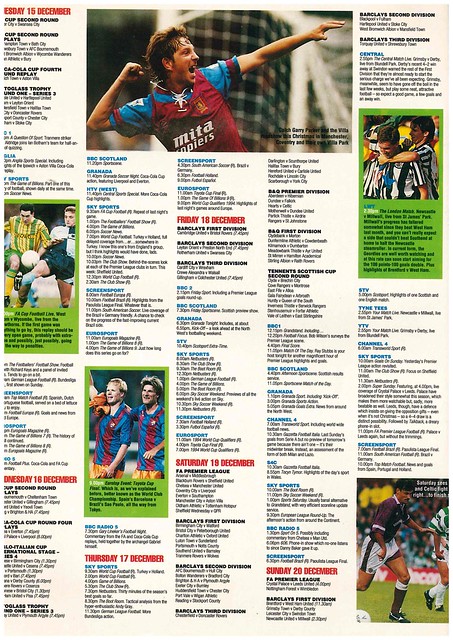