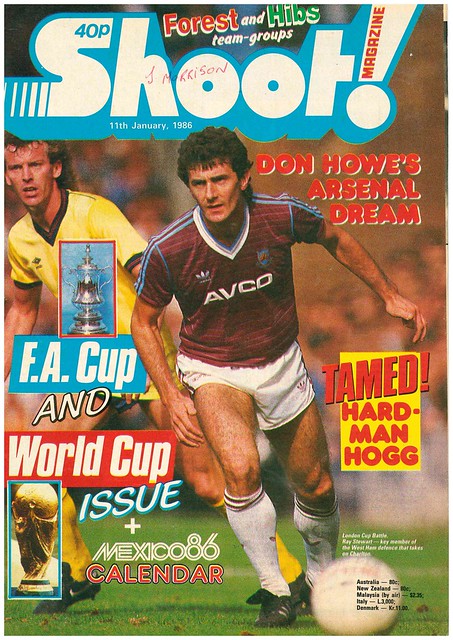 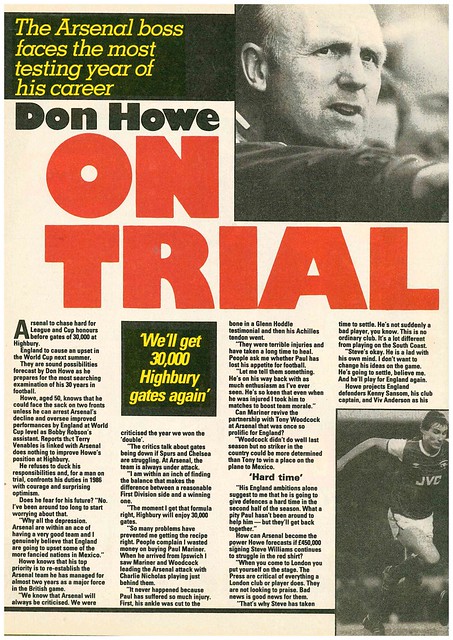 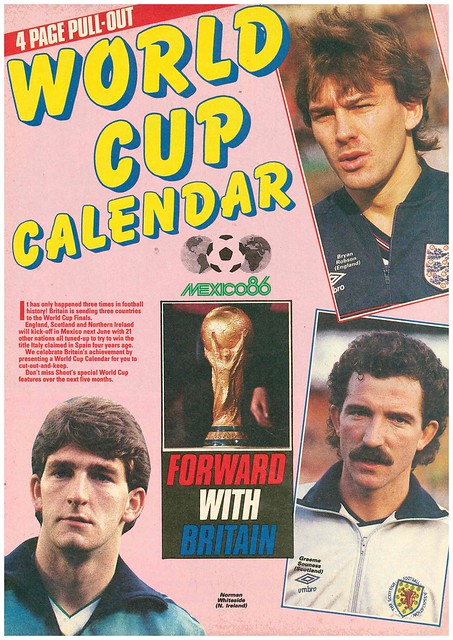 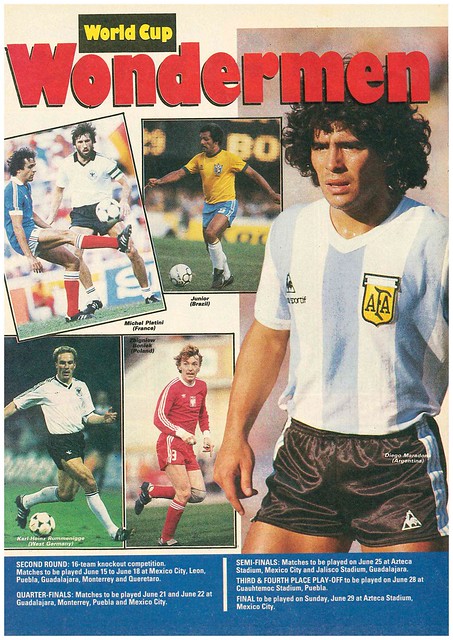 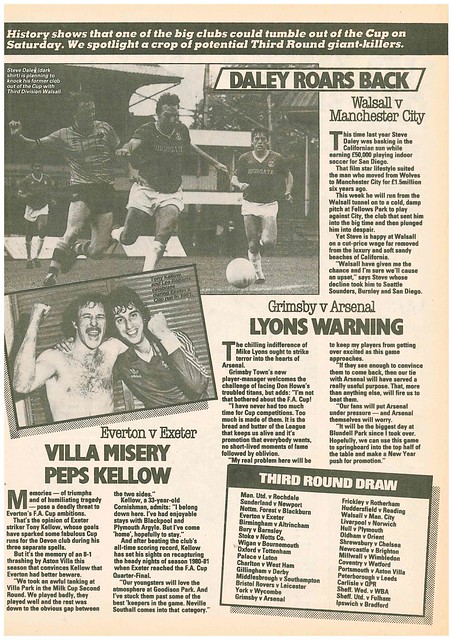 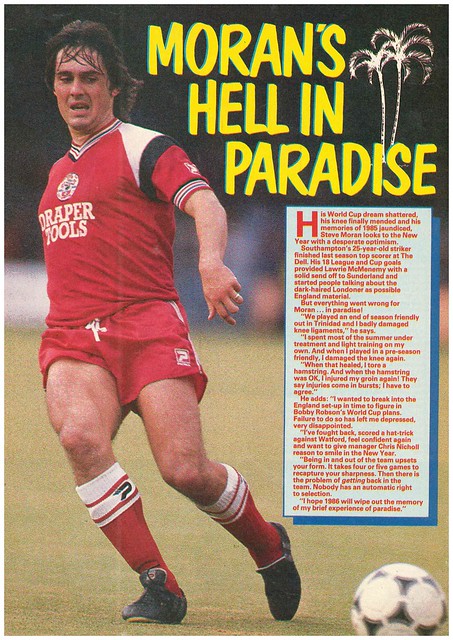 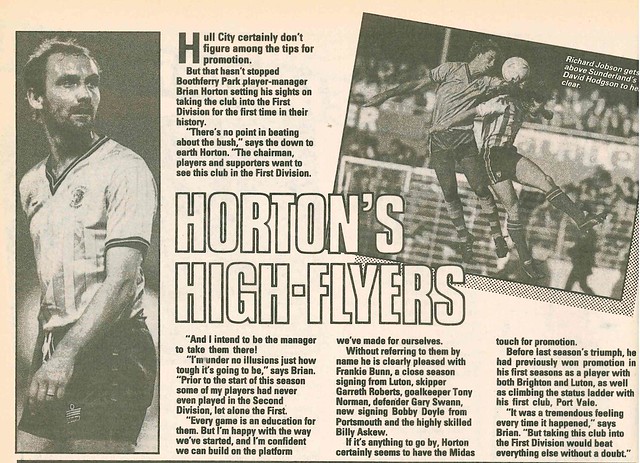 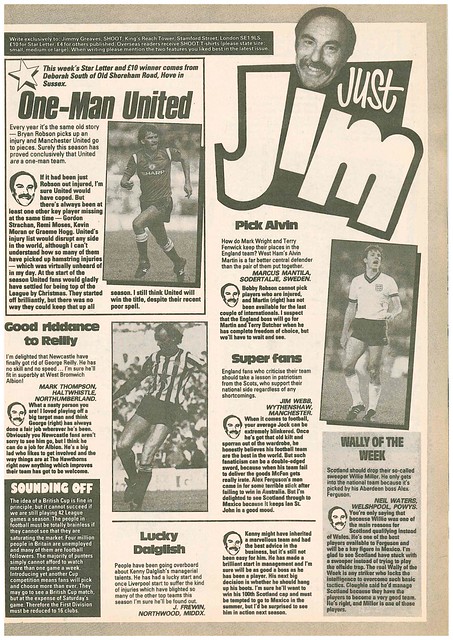 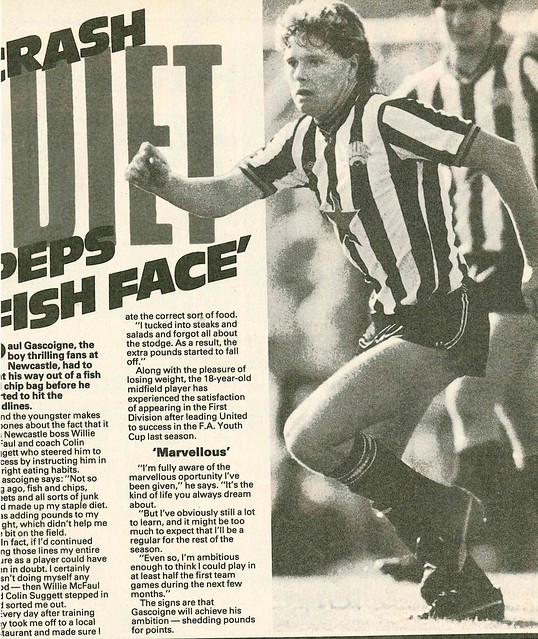 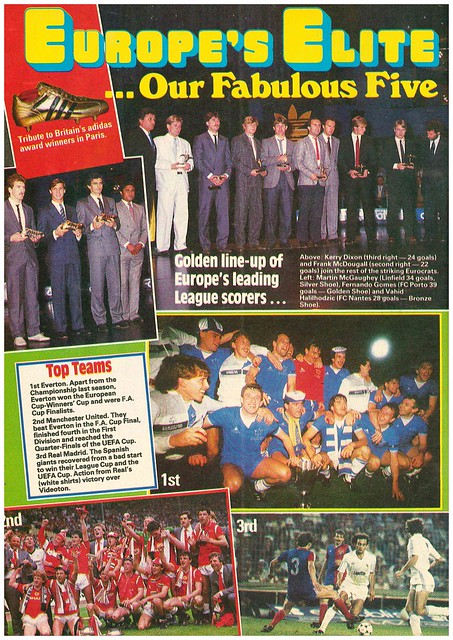 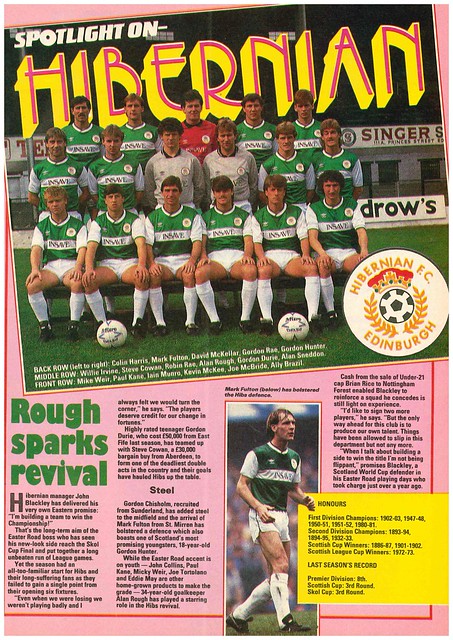 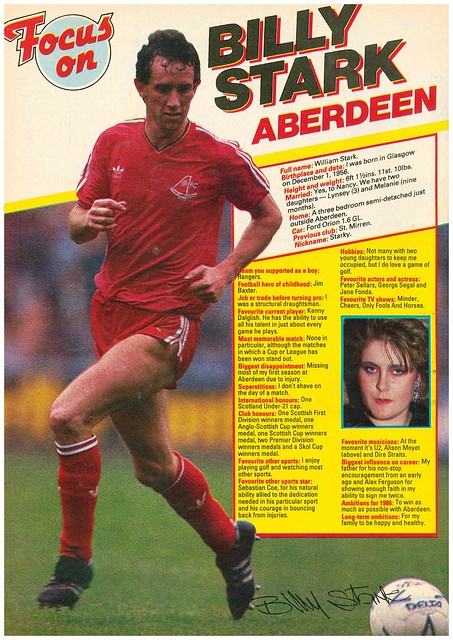 Liam Brady, sipping from a bottle of water (a glass bottle as well, no health and safety in them days), is the cover star of Shoot, as he adjusts to life in Italy.

As you open the magazine, there is a double page spread on Brady, who has so far been a resounding success at Juventus.

In a bid to improve their style of play, Coventry City have banned their players from passing the ball back to their goalkeeper, while the National Hairdressers Federation have voted Lawrie McMenemy as Head Of The Year, alongside Felicity Kendall.

Derek Johnstone uses his column to comment on how Rangers have missed European football in 1980-1981, and are desperate for it to return to Ibrox in 1981-1982, as he reflects on his favourite memories taking on continental opposition.

Another Scotsman with a column is Andy Gray, who states that he is baffled by Wolves recent poor form.

Ray Clemence’s column analyses the recent League Cup Final between Liverpool and West Ham, which finished 1-1, with a replay due to be played at Villa Park this week. That match gets profiled a few pages over.

Shoot profiles two former England players trying to have success as a manager, Larry Lloyd of Wigan and Norman Hunter of Barnsley, while new Bristol City goalkeeper Jan Moller says he wants to be as good as Peter Shilton, the goalkeeper at the opposition end of the pitch in the 1979 European Cup Final.

Another foreigner in England getting profiled is Bosco Jankovic of Middlesbrough, whose contract is expiring, and he has decide wether to stay in England or return to Yugoslavia.

Diego Maradona gets a profile after becoming the world’s first £4m player when he moved from Argentinos to Boca Juniors.

Gordon McQueen uses his column to write about three young strikers at Manchester United he believes will be big stars in the future – Norman Whiteside, Mark Hughes and Scott McGarvey. Two out of three ain’t bad.

Four footballing figures get interviewed on how to improve the game. West Bromwich Albion manager Ron Atkinson is not in favour of Sunday football, but is in favour of three points for a win.

The magazine ends with a profile of Steve Moran of Southampton, who reveals that his favourite music is Mike Oldfield and Diana Ross. 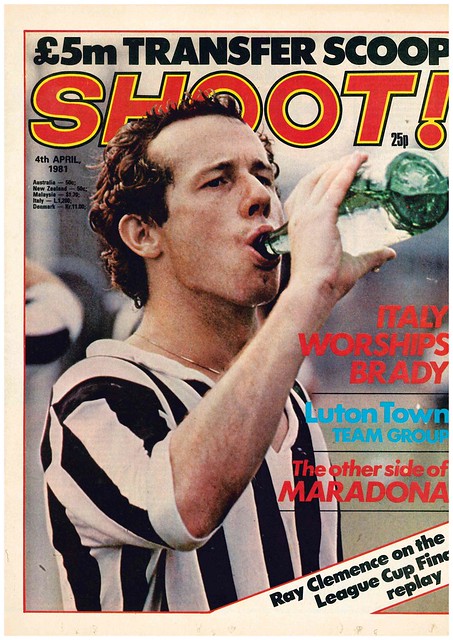 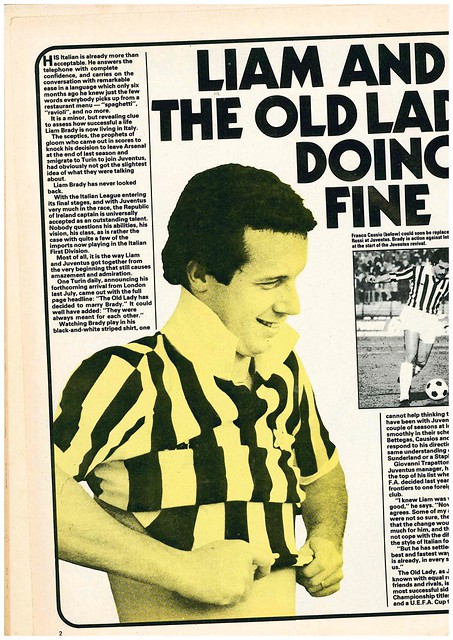 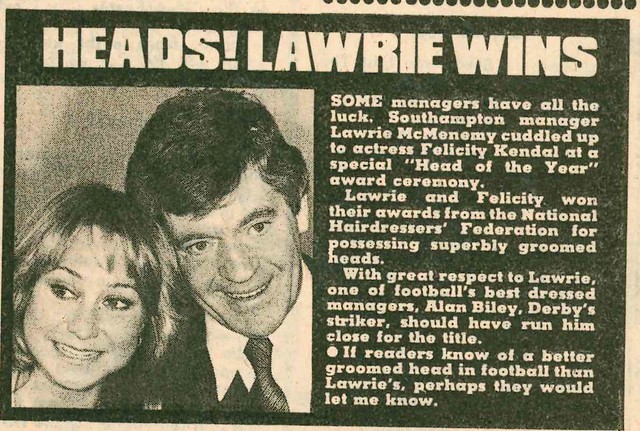 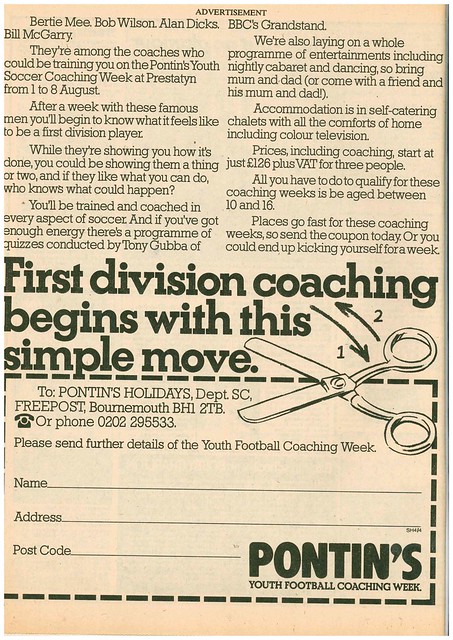 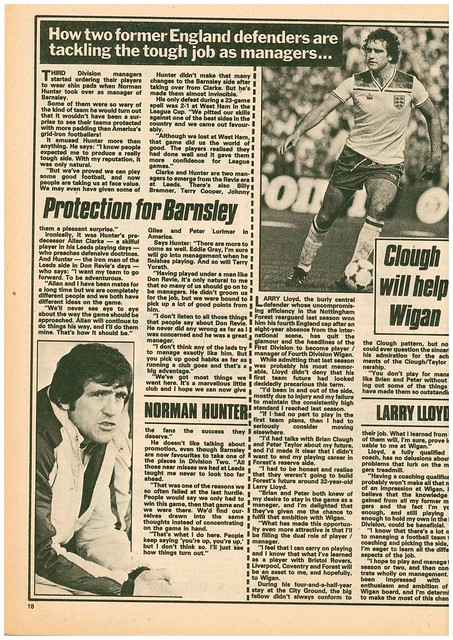 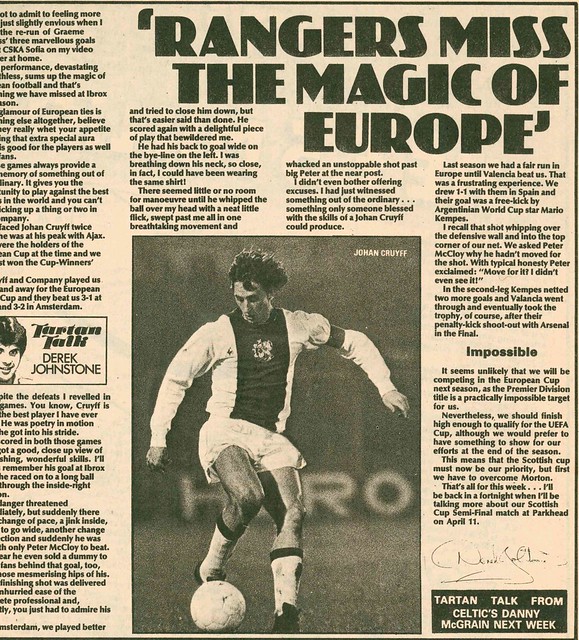 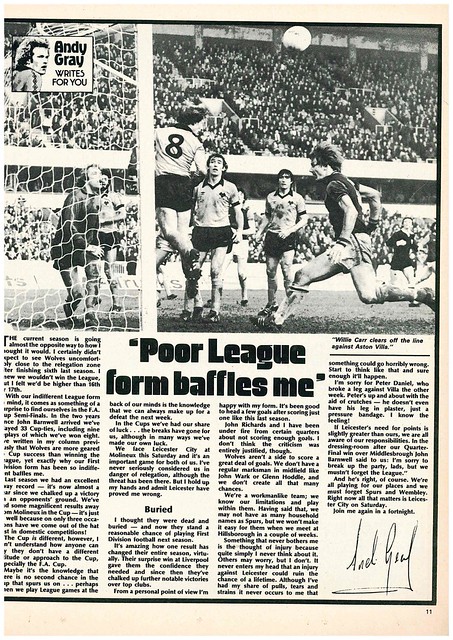 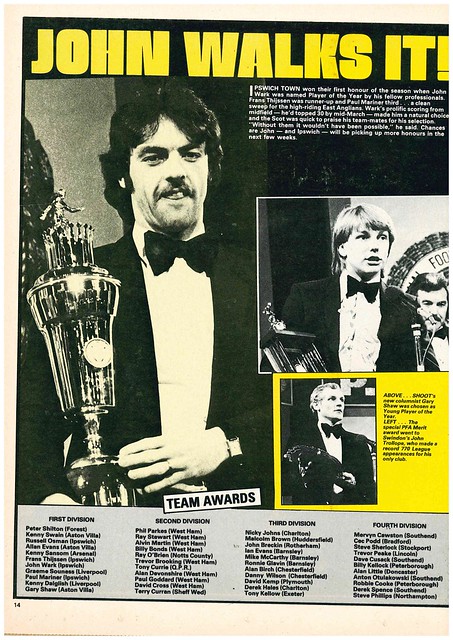 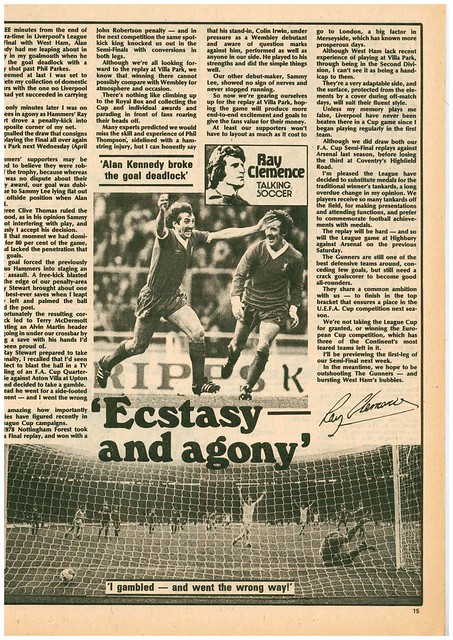 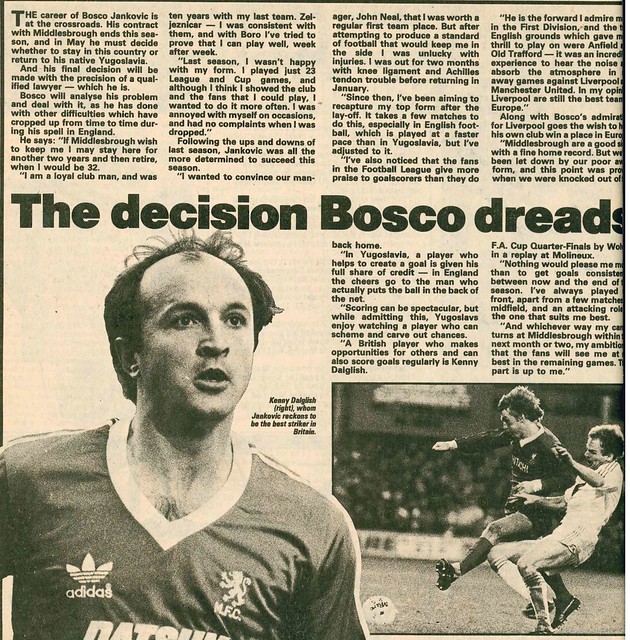 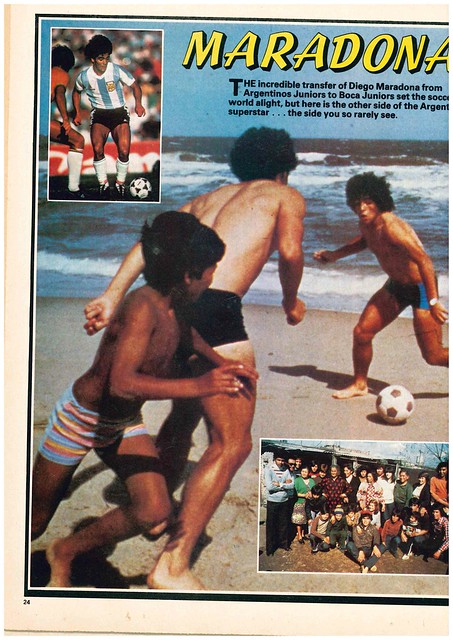 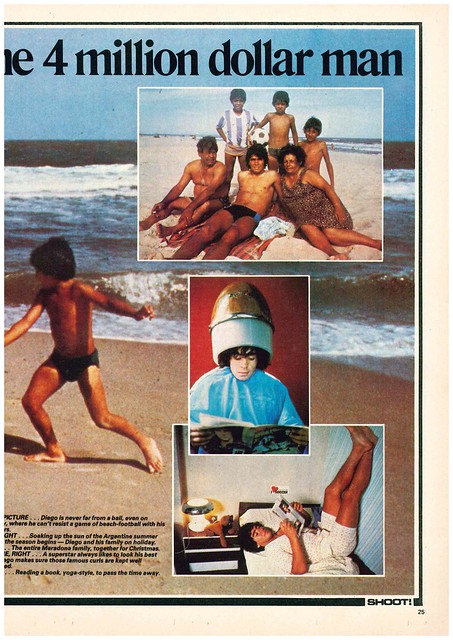 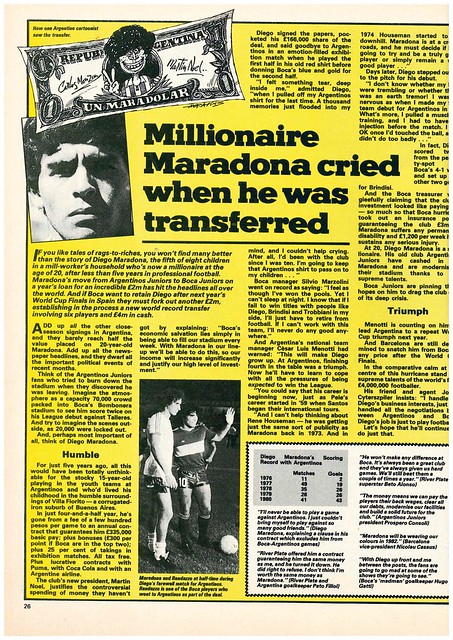 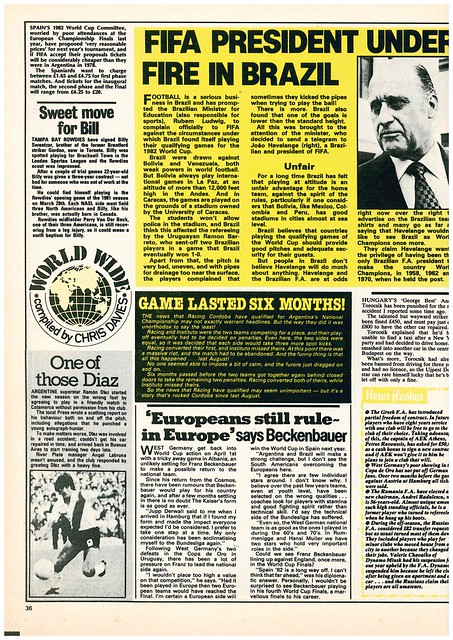 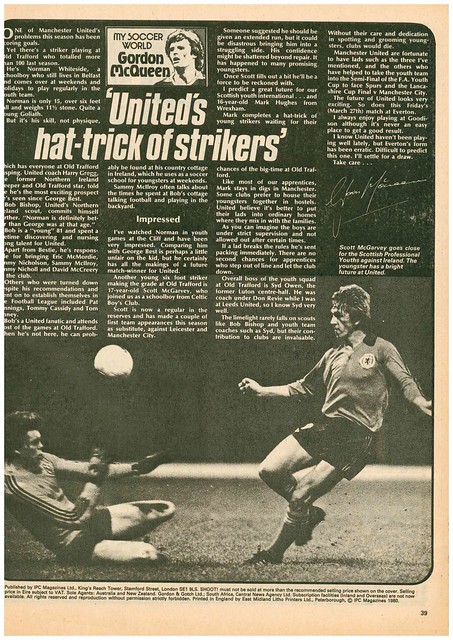 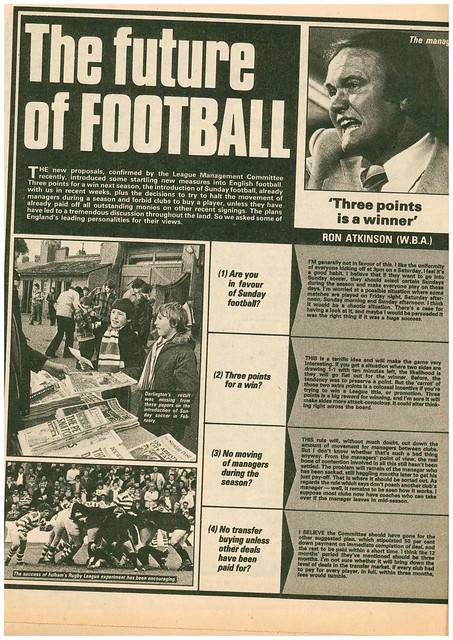 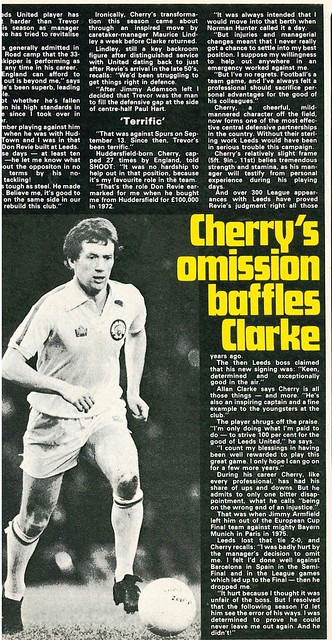 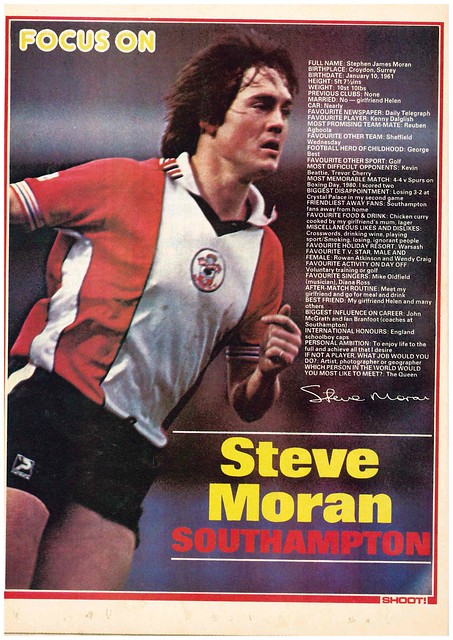