Today at Wembley, an expensively assembled and underachieving Manchester United side with a manager under pressure and living in the shadow of a retired Scottish legend arrive at Wembley to take on Crystal Palace in the FA Cup Final, hoping that winning the FA Cup will be the springboard to an era of success.

If that sounds familiar, it’s because we’ve been here before, in 1990.

As supporters sat in front of their TVs with only four channels, unless you had one of those new on the market satellie dishes, it’s possible they may have been reading Shoot’s preview, which had a split cover of Brian McClair and Ian Wright as Manchester United face Crystal Palace.

As you open the magazine, Shoot has full page profiles on central defenders set to be involved, with Andy Thorn of Palace prepared to play through the pain barrier, and Gary Pallister of United aiming to prove he won’t be a flop at United, after a British Record transfer from Middlesbrough.

In news, Celtic manager Billy McNeill is planning a clear out in the summer, while Manchester United are planning to sign Denis Irwin from Oldham Athletic, who Shoot have erroneously described as a Dubliner.

Bray Wanderers will be facing St Francis in the FAI Cup Final at Lansdowne Road, the game moved from Dalymount Park after the FAI anticipated Derry City to win their Semi-Final against Bray.

Midfielders aren’t ignored in the game at Wembley, with Shoot doing a profile of Bryan Robson and Andy Gray.

Celtic are facing Aberdeen in the Scottish Cup Final, and Shoot does a full page profile on Jacki Dzieckanowski, where he reveals his favourite band is Dire Straits.

Aberdeen are represented with a full page profile of Brian Irvine, who talks about his Christianity.

After scoring winning goals in the 3rd Round and Semi-Final, Mark Robins gets profiled.

In world news, Bayern Munich became the first German club to be floated on the Stock Exchange.

Austria are this week’s preview ahead of the World Cup in Italy, mostly focusing on Toni Polster.

Curiously, Shoot does a double page interview with Mark Bright and Ian Wright as they go out for a cycle.

Liam Brady gets profiled ahead of Republic Of Ireland’s friendly against Finland, but his appearance will only be symbolic, as it is a farewell in his own testimonial, having retired from international football the previous September.

It won’t stop him going to Italy, as he’ll be going to the World Cup as a pundit for RTE.

David Rocastle talks to Shoot about his frustration at injuries leading to his loss of form. The article is accompanied by a competition where you can win The Rocky Road To Success, a VHS tape profiling David Rocastle.

Liverpool’s recent title success gets profiled, with Alan Hansen claiming the club can dominate English football for the next twenty years.

The magazine ends with a double page profile of Scotland ahead of the World Cup in Italy. 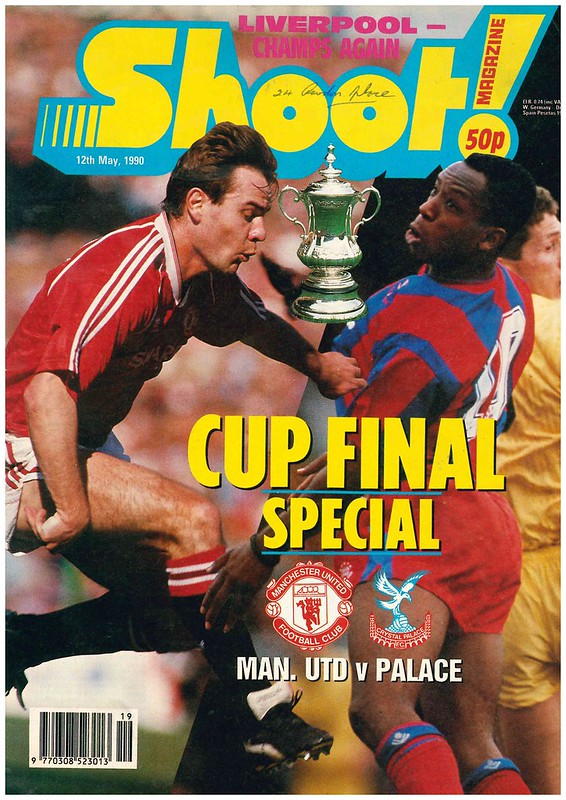 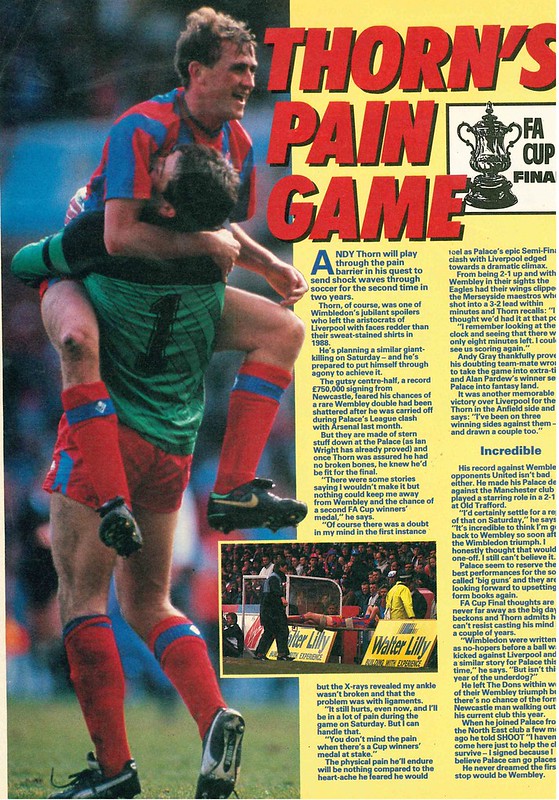 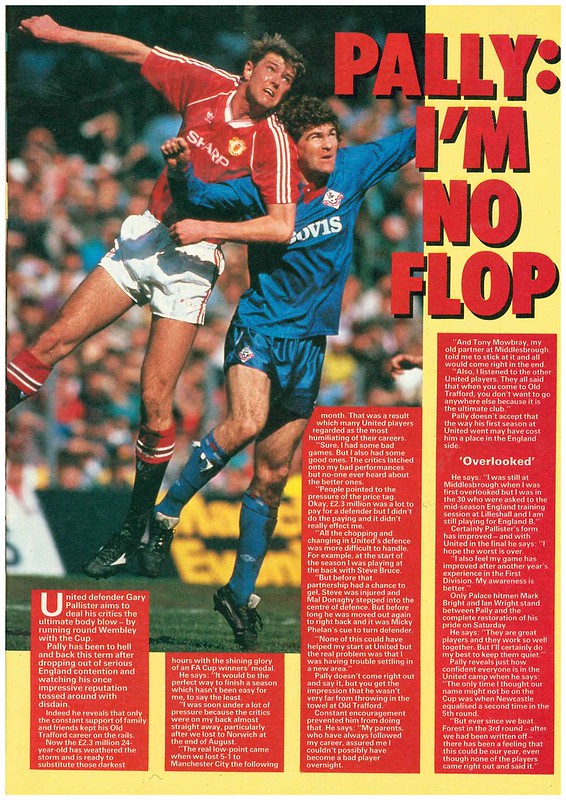 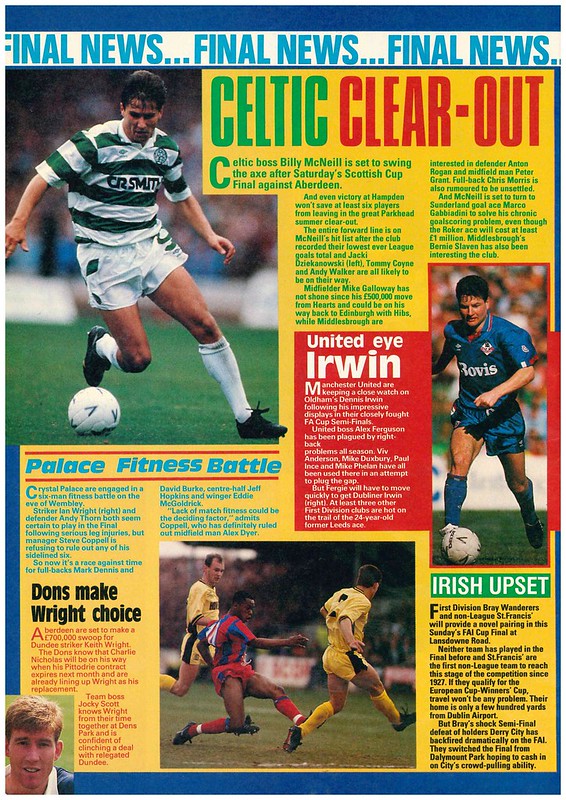 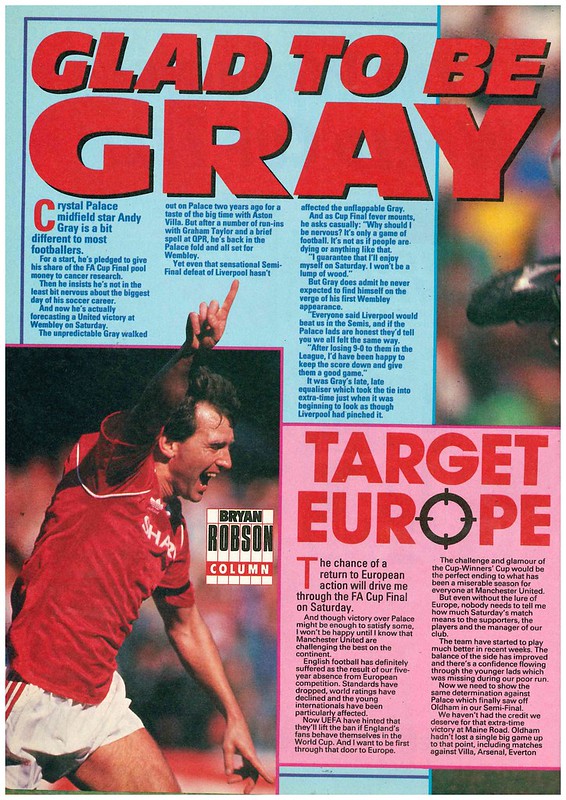 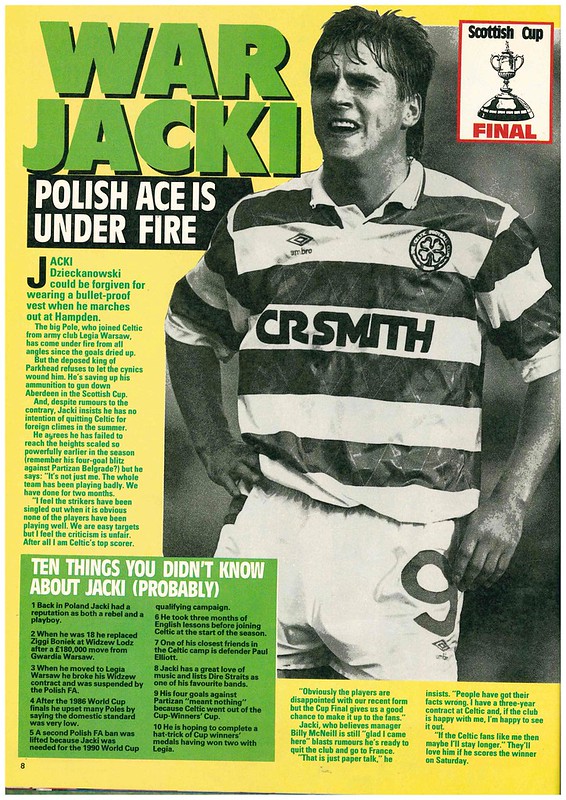 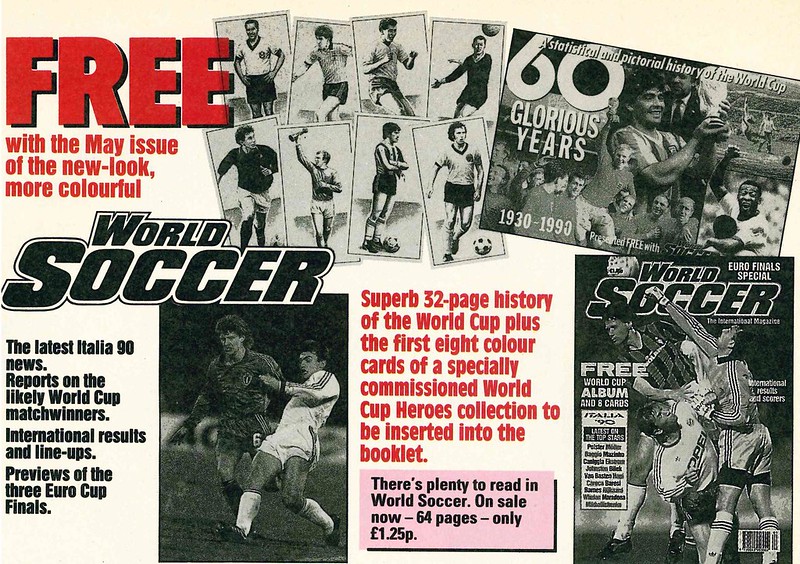 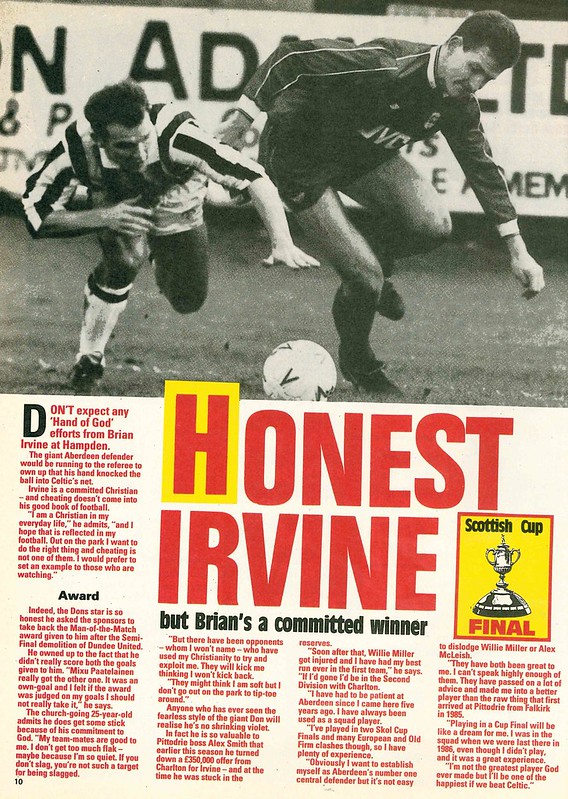 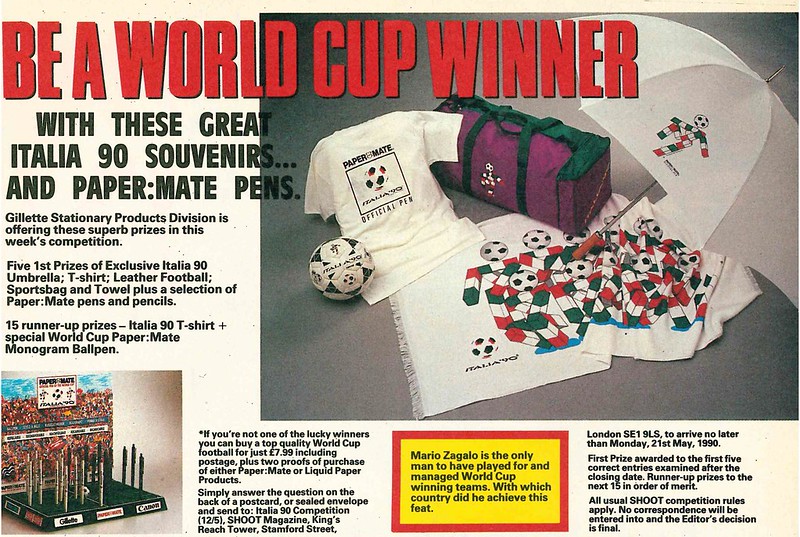 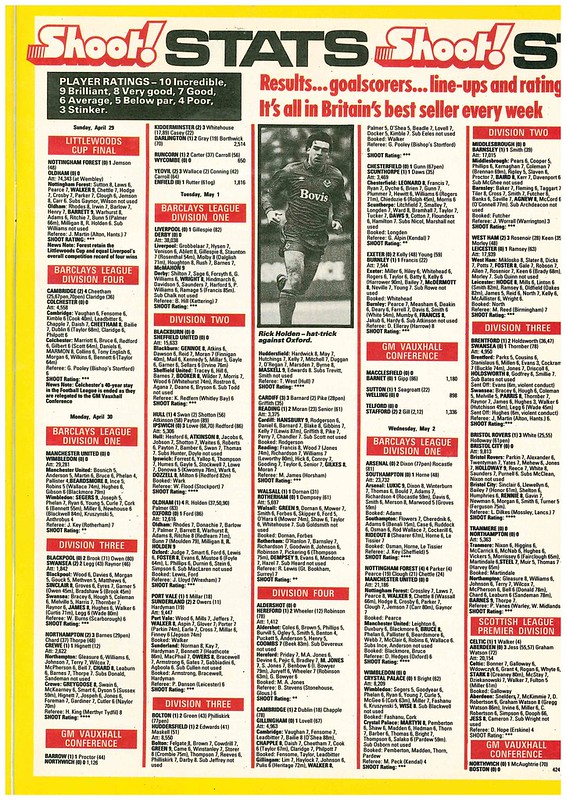 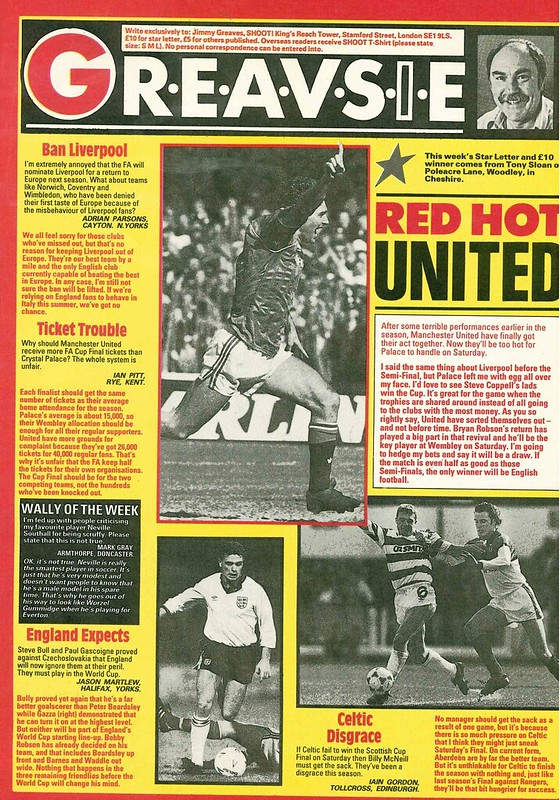 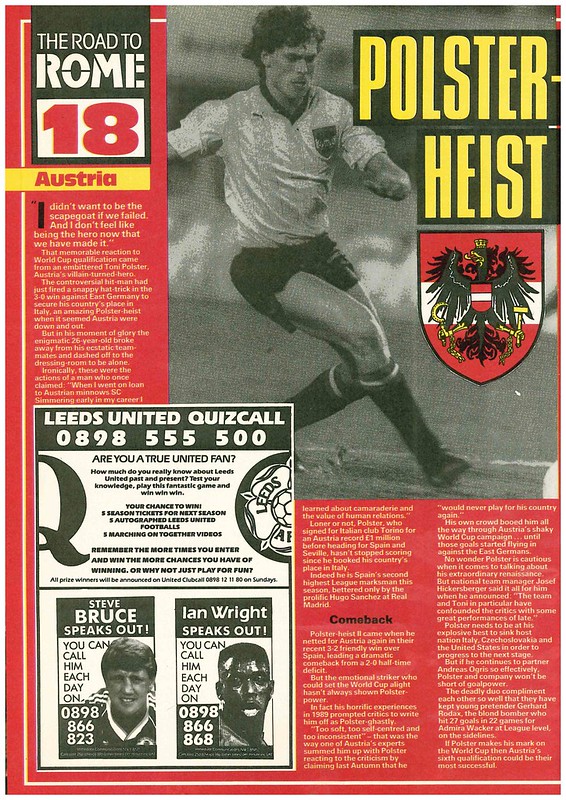 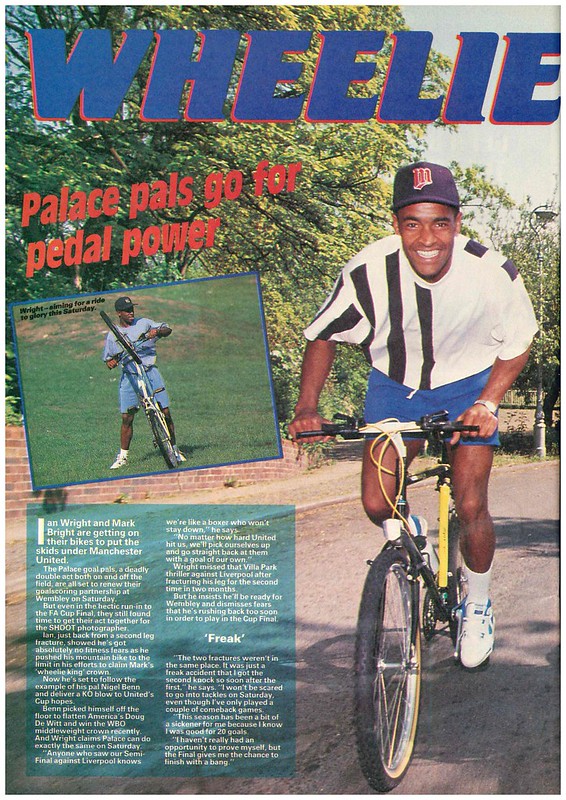 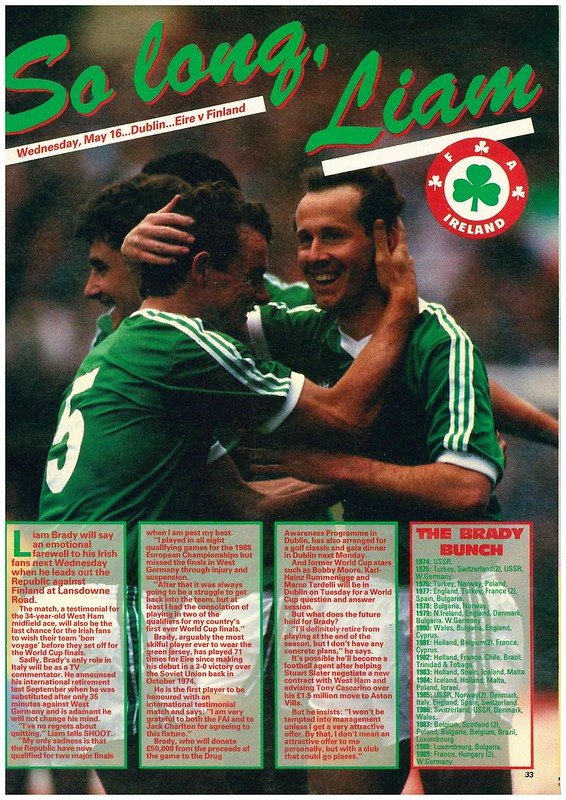 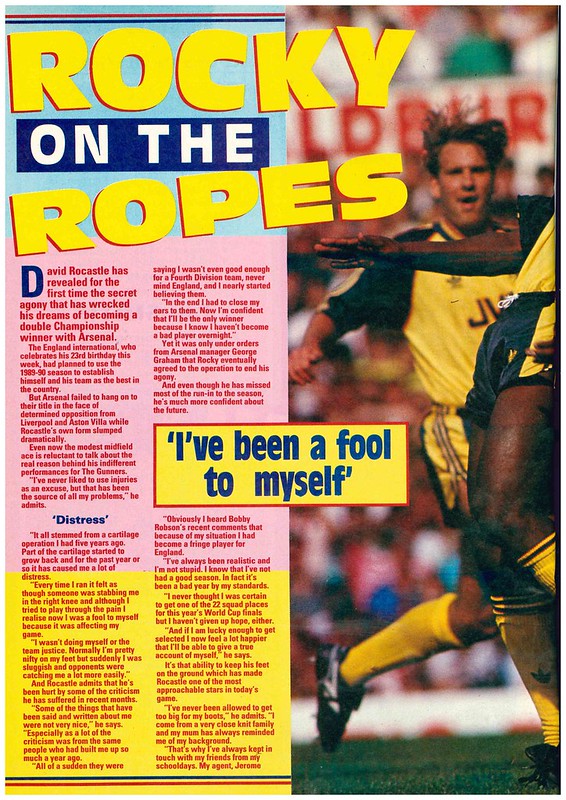 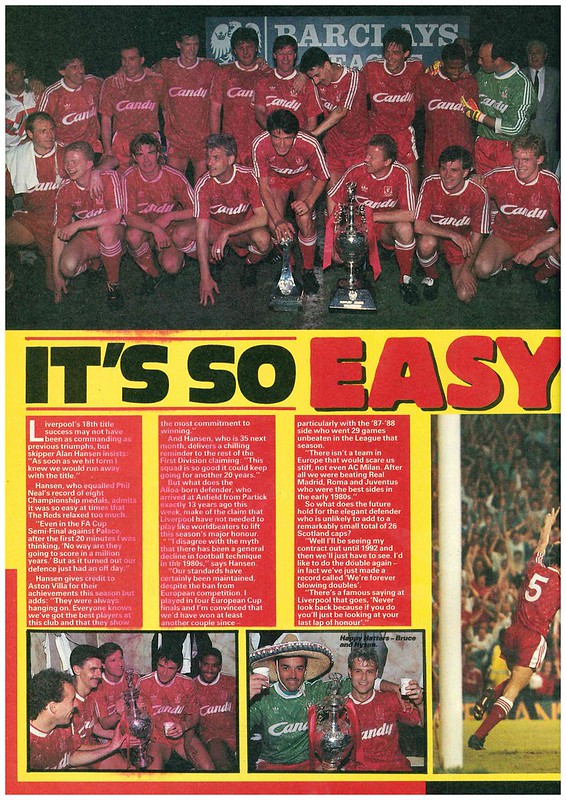