It’s a rest day in the World Cup, but don’t worry, you can survive this difficult 24 hours.

Women’s NIFL Cup Final is on the BBC Red Button, meanwhile, BBC Four will be making the licence fee a bargain tonight with a whole night dedicated to Duran Duran. Remember, it’s only a few weeks until Duran Duran Appreciation Day (August 10th)

And after all that, BBC Scotland will be broadcasting highlights of TRNSMT.

Decent night of TV viewing to make up for the lack of football.

Also, Canada Day and Independence Day coming up as well. Sounds like an excuse for a couple of themed charts.

1. Toto – Africa
2. Britney Spears – Boys
3. Dan Hartman – I Can Dream About You
4. Deep Blue Something – Breakfast At Tiffanys
5. Christina Aguilera – Keeps Getting better

This week, we go back to the summer of 2001, and Stereophonics are the cover stars of Kerrang, as they get ready to perform at Donnington.

You may see a sticker that says the magazine cost £2.50, I actually got it for £1 on discount.

In news, Blink 182 are embarking on a Kerrang sponsored UK tour, well, gigs in Glasgow, Manchester and London, and Gwen Stefani has gone hip-Hop, promoting a single with Eve.

Meanwhile, the surviving members of Nirvana are in a dispute with Courtney Love over the proposed release of unreleased Nirvana material. This story gets a double page feature with Kerrang even invite Nirvana fans to voice their opinion.

Anyone is predicted for great things. If you’re trying to keep up, that’s a band called Anyone.

It’s all about tours in this edition, as Kerrang goes on one massive tour with Rancid, Pennywise, AFI, New Found Glory, Alien Ant Farm and The Ataris, and joins Medadeth for their first ever concert in Poland.

Cover stars Stereophonics get eight pages, profiling their ten year journey from formation to performing at Donnington, a journey which Kerrang says had several mistakes, countless arguments and one near riot.

If books are you thing, a biography of Motley Crue by Neil Strauss get five stars.

Unsurprisingly, cover stars Stereophonics upcoming gigs at Donnington Racetrack and Millennium Stadium in Cardiff are named as gig of the week.

The magazine ends with an advert for the following edition of Kerrang, which has a free CD and meets Rancid. 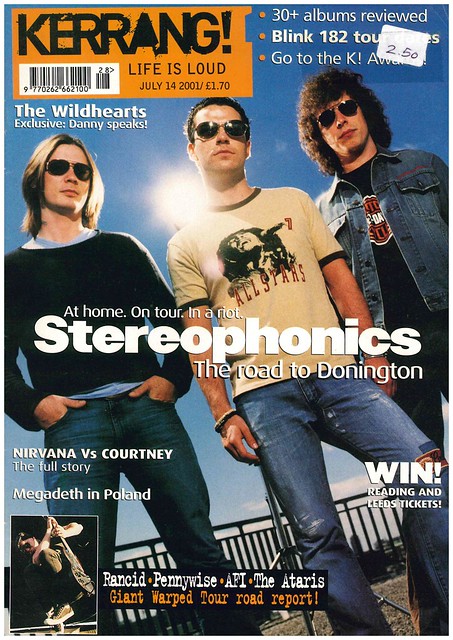 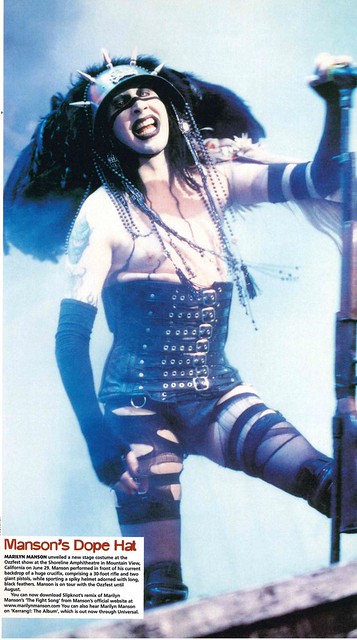 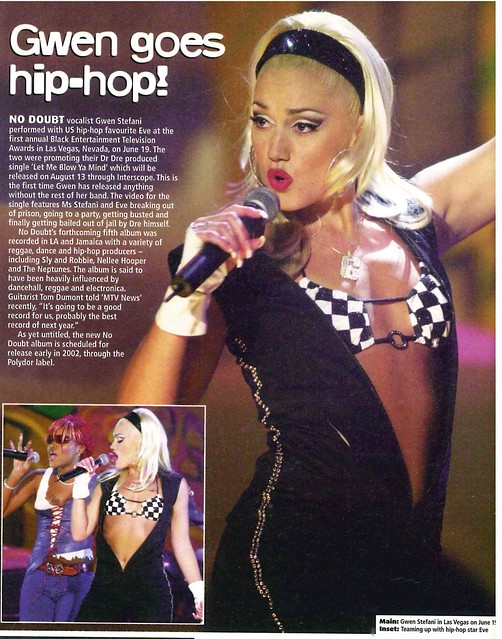 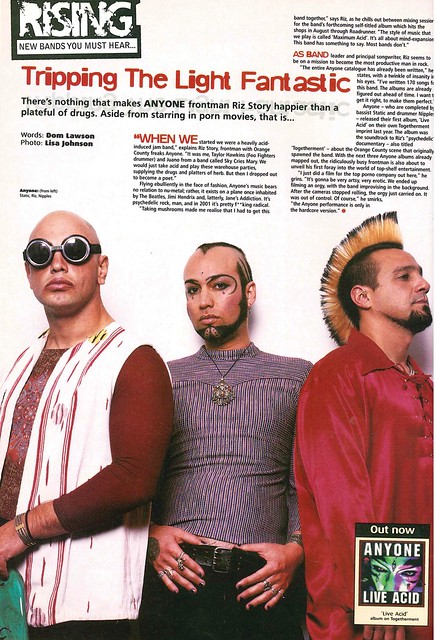 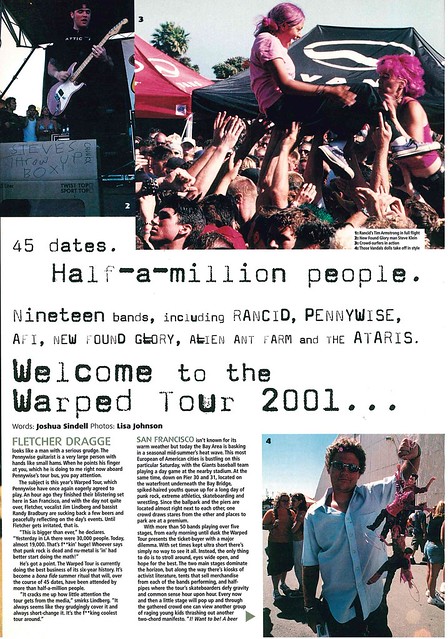 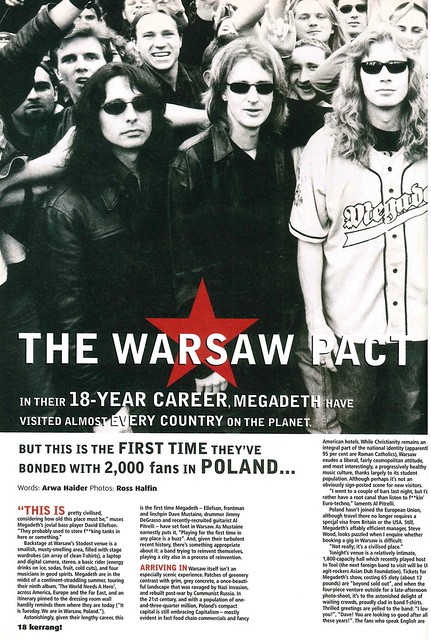 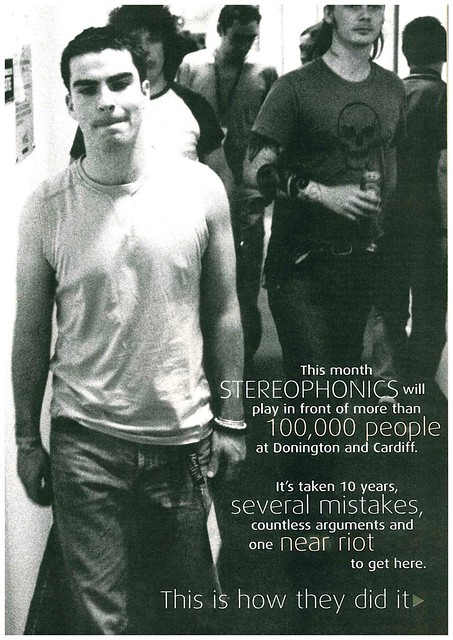 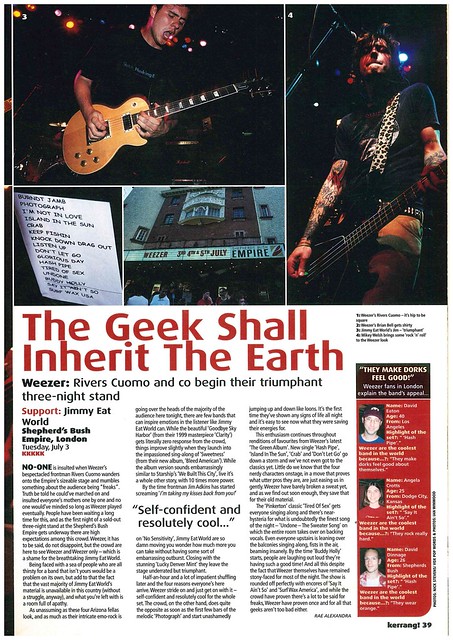 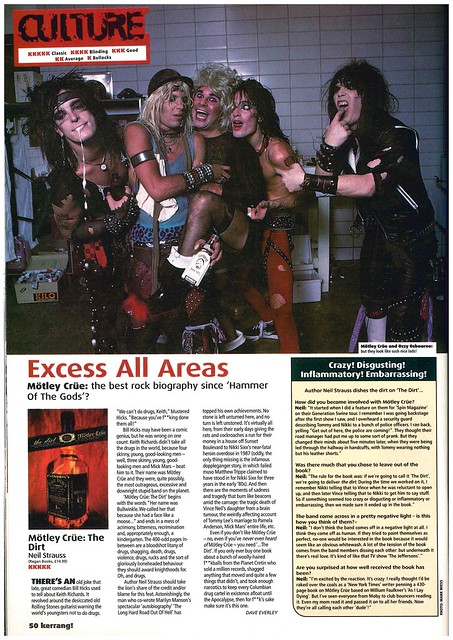 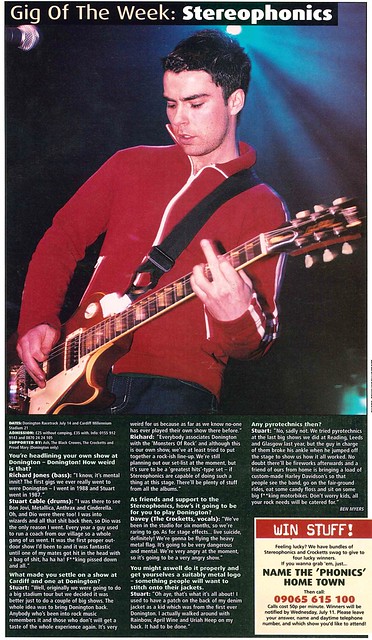 Last week’s 50YOTOTP featured Cerys Matthews, who ended up getting an MBE. I didn’t even know The Queen read this blog.

This week’s trawl through TOTP history begins with Buddy Holly. Oh wait, it’s a guy who looks like him.

And from Buddy Holly …….. to the Rovers Return.

…… and a TOTP performance from the first band to appear on CD:UK

Boy George turns 52 this week. This song, is brilliant.

Another week, another Sugababe birthday. This week, Siobhan Donaghy, who narrowly lost out to Siobhan Fahey as pop’s most famous Siobhan.

Noddy Holder turns 68 this week. You know what song I want to play, but well, IIIIITTTTTTT’S NOOOOOTTTT CHHHRRRRISSSSTMMMAAASSSS!!!!

And on his 9th birthday ……. Nadine Coyle came into the world

And from Macca, to Moyet.