Nottingham Forest are the cover stars of this week’s edition of Match, having won the League Cup. They’re in cup action this week in the FA Cup, facing Liverpool in the Semi-Finals, a match that would sadly be remembered for the tragic events that happened in the Leppings Lane terraces.

That match got a double page preview, with Match columnist Emlyn Hughes predicting a 2-1 win for Liverpool. For the record, when the match was rearranged, Liverpool won 3-1.

Hughes also previews the other Semi-final between Everton and Norwich, predicting a 2-0 win for Everton. Everton won the game 1-0.

Celtic had just returned from Dubai, where they faced Liverpool in an unofficial British Championship, as both sides were defending champions, and Match does a joint interview with Andy Walker and Steve McMahon.

For the record, Celtic won that match on penalties after a 1-1 draw.

In ads, you could buy VHS tapes of League Cup Finals over the previous 15 years for just £9.99

Battling it out for the FA Cup, Everton have already won one trophy, with Match voting them Programme Of The Year.

Nottingham Forest’s win over Luton in the League Cup Final gets a double page spread, as well as a double sided poster.

Stuart Munro gets a profile, being a regular in the Rangers team despite being linked with moves for Tony Dorigo, Stuart Pearce and Colin Gibson.

On the verge of promotion to Division One, Chelsea get a full page profile, and interview with Clive Wilson.

As well as winning the League Cup, Nottingham Forest win another trophy, as Match gives them an award for having the best disciplinary record in English football. 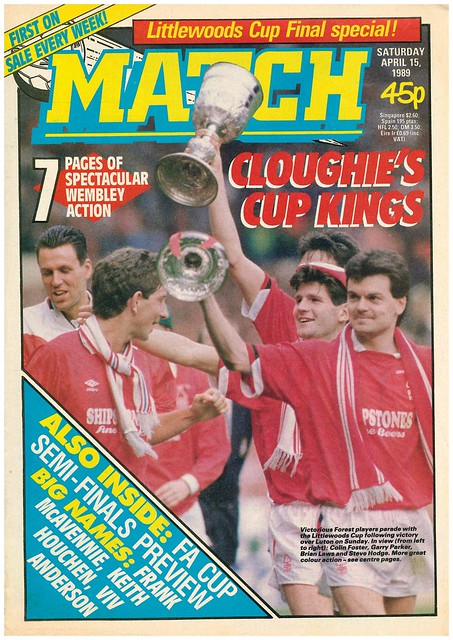 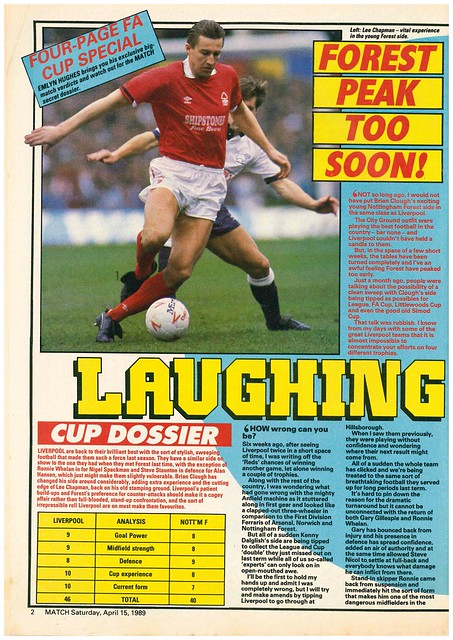 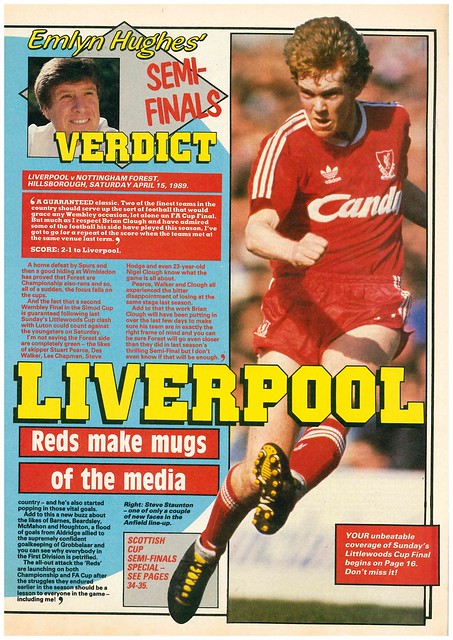 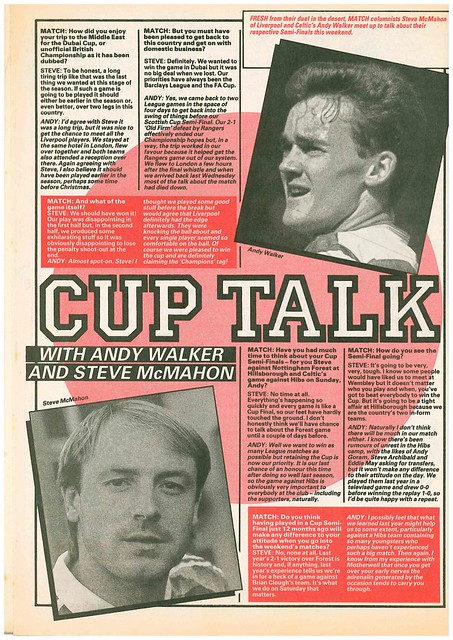 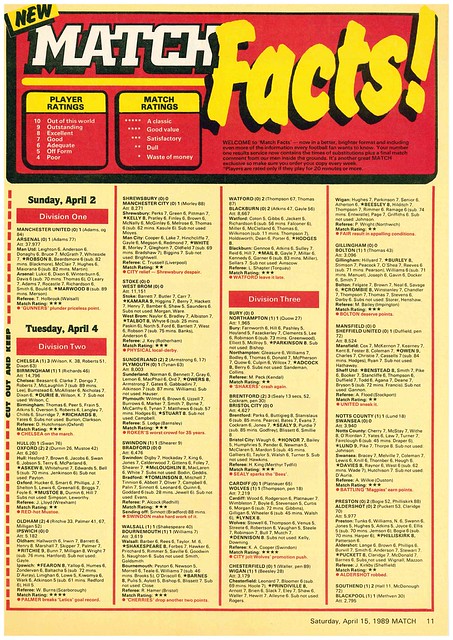 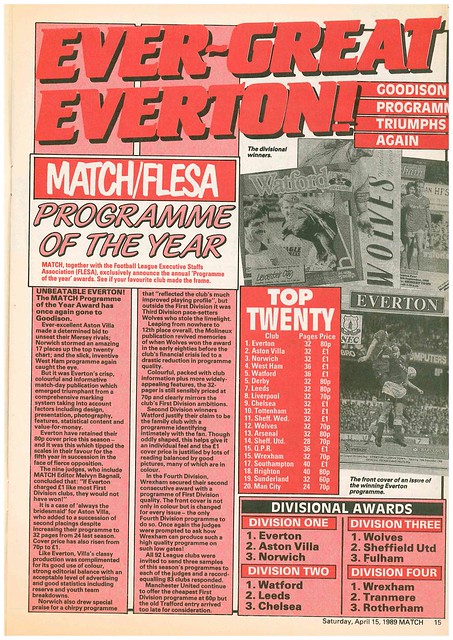 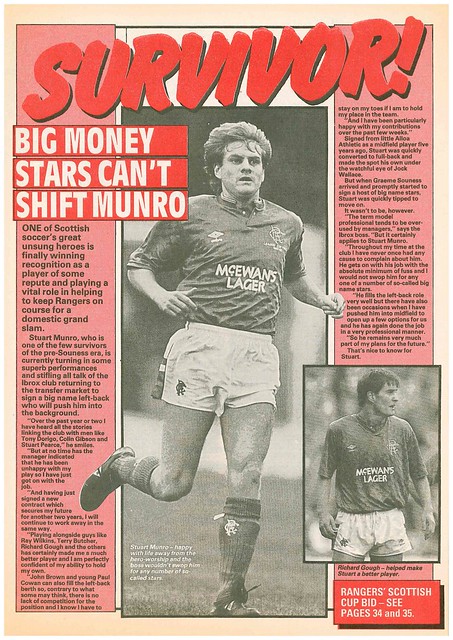 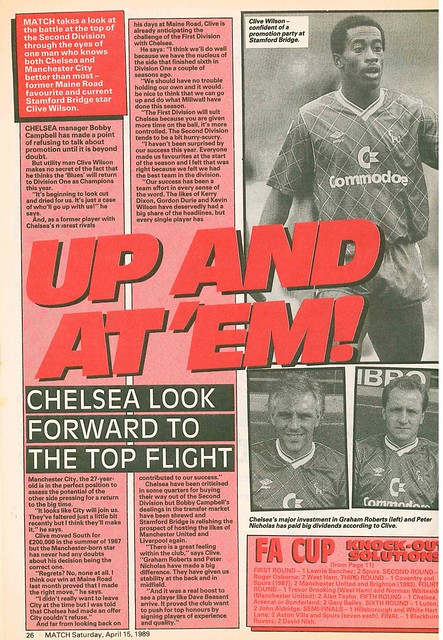 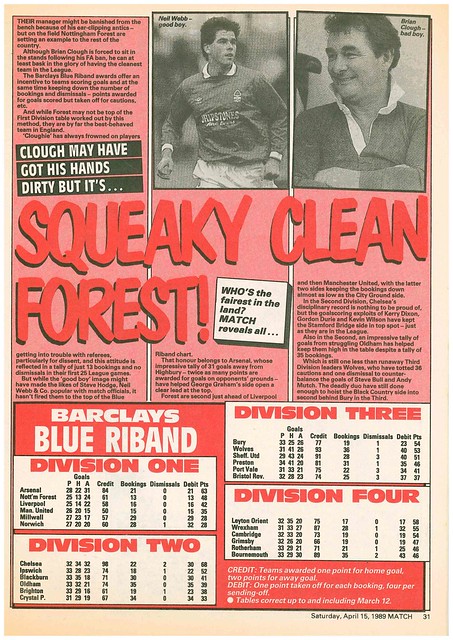