Ronaldo (the original, not Cristiano) is the cover star of World Soccer having won World Player Of The Year, a year where he was top scorer in the World Cup.

It was a double celebration for him, with Brazil winning Team Of The Year. Guus Hiddink of South Korea won Manager Of The Year.

All three winners get profiled.

2002 was the year that saw the death of Jeff Astle at the age of 59, believed to be as a result of heading footballs in the 1960s and 1970s, and an editorial calls for a proper inquiry.

Having had an awful World Cup, France are back in winning form, and there is an interview with new manager Jacques Santini about the turnaround in form, as well as a feature on the new players he has brought into the squad.

Another one of Bazil’s stars getting featured is Juninho, who has endured a frustrating time since the World Cup, having suffered from injuries.

Also getting a profile is Lazio manager Roberto Mancini, who has had to deal with financial problems at the club which has resulted in players not getting paid.

Republic Of Ireland are in a mess after losing their first two Euro 2004 Qualifiers, which has resulted in the resignation of manager Mick McCarthy.

Livingston get profiled, having finished 3rd in the SPL, having ambitious plans for the future, building an academy and being a feeder club for Manchester United.

In Italy, the news has been dominated by an upsurge in fan violence.

One of the players profiled is Benjamin Mwaruwari of Auxerre. You may know him better as Benjani, who had a spell in England with Portsmouth and Manchester City.

In Northern Ireland, Glentoran are six points clear at the top of the league after nine successive wins.

Also getting profiled in this edition is Simon Davies of Tottenham Hotspur and Wales and Andy Van Der Mayde of Ajax and Holland. 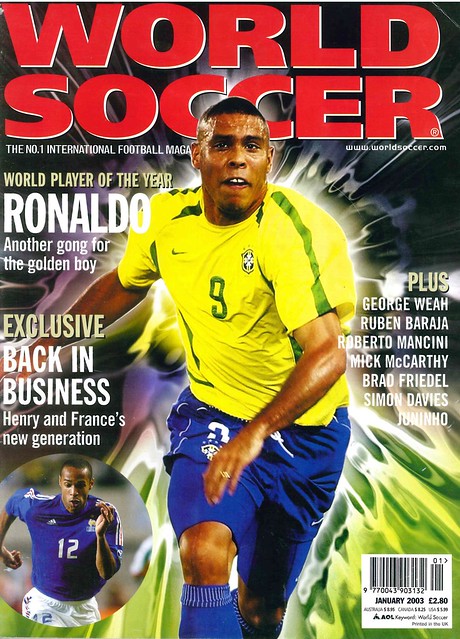 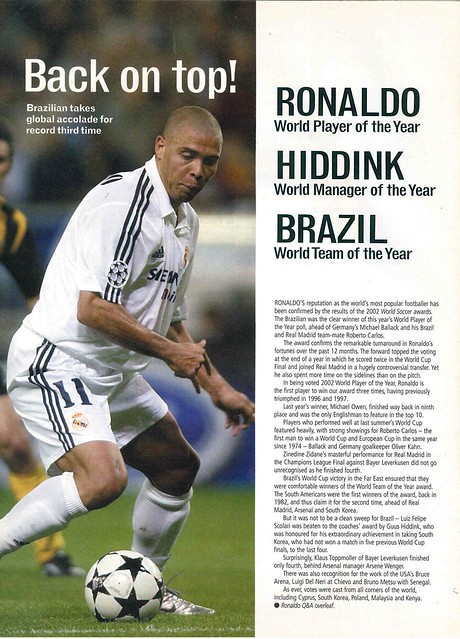 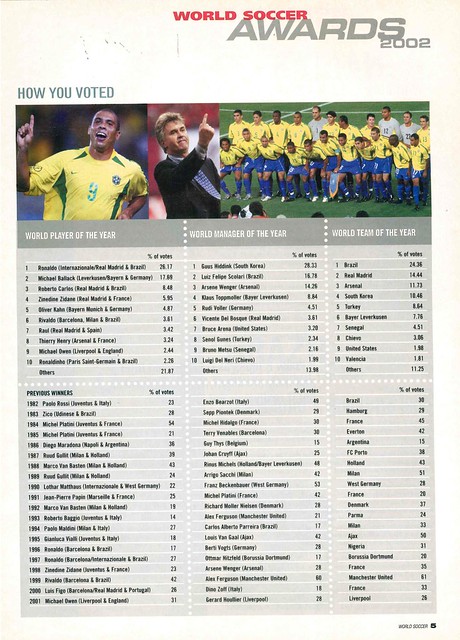 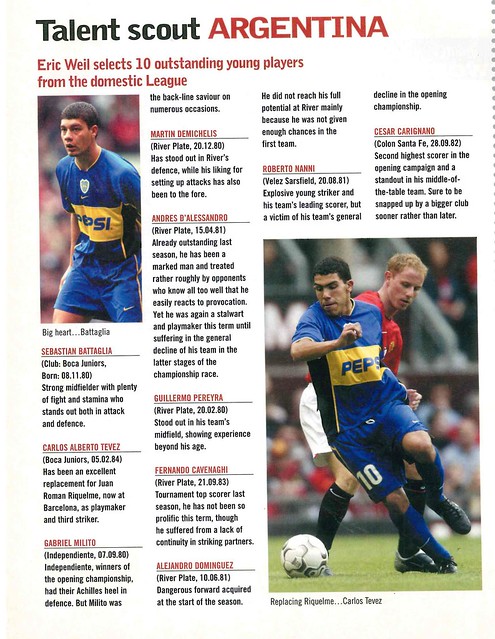 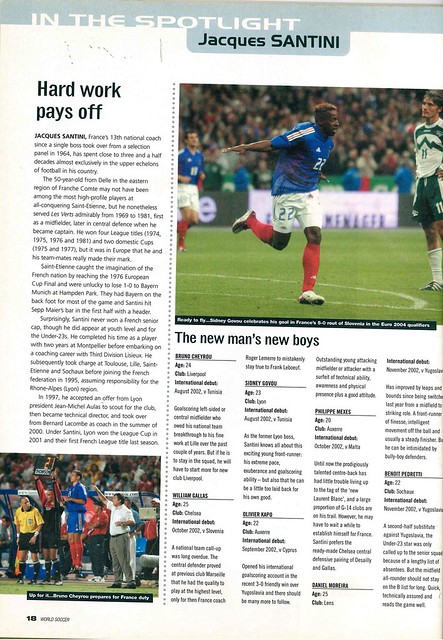 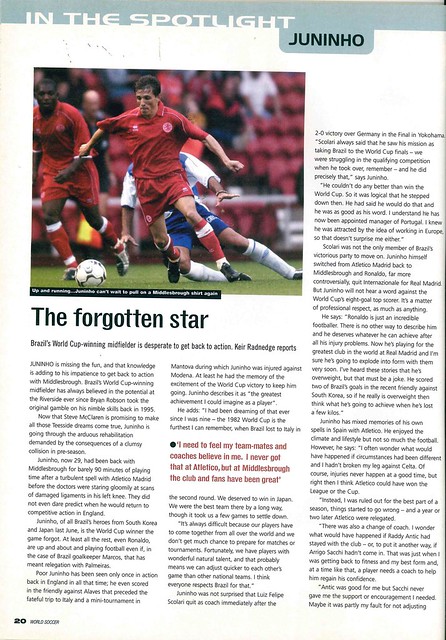 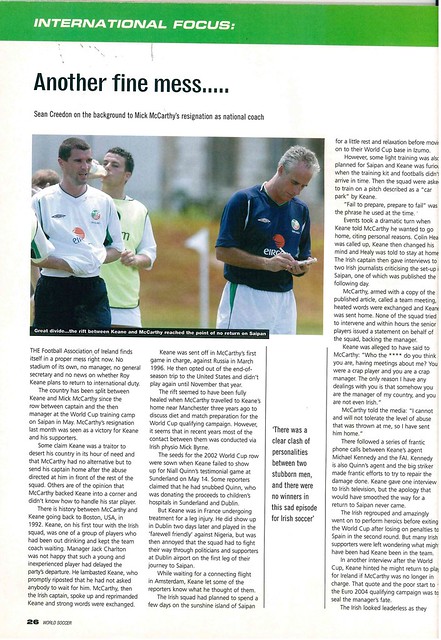 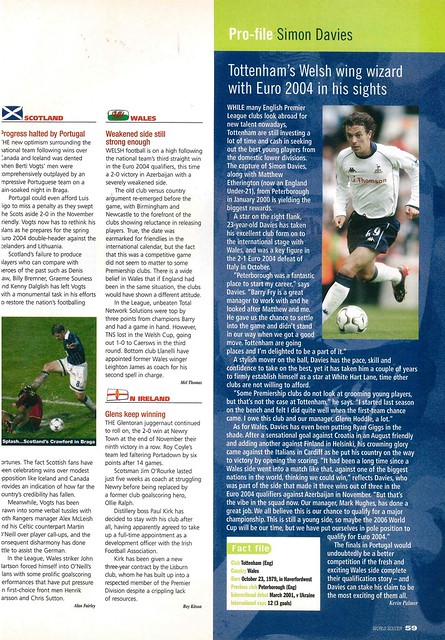 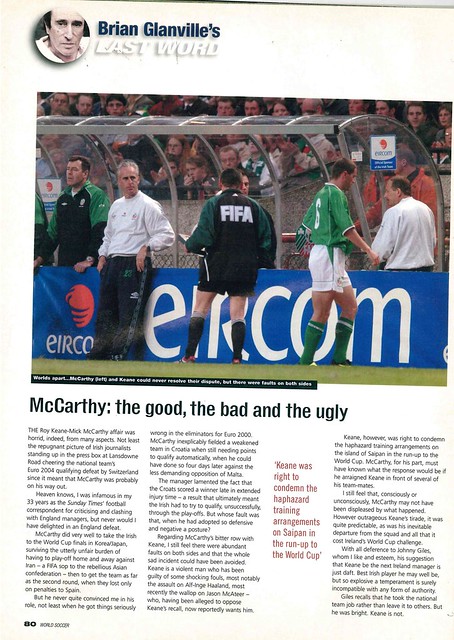 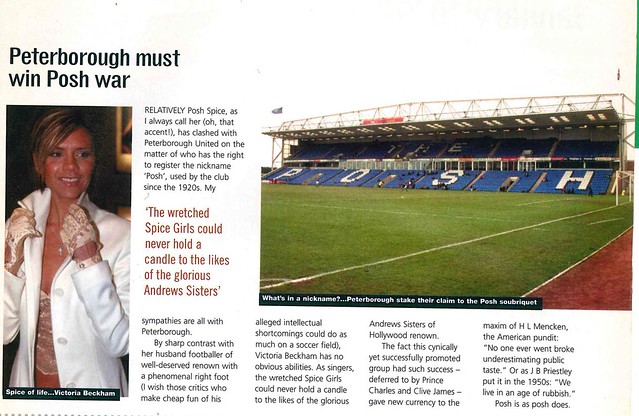