Luton Town are the cover stars of Shoot, as the 1988 League Cup Final gets reviewed.

Luton’s 3-2 win over Arsenal gets three pages of coverage, with a full page dedicated to penalty save hero Andy Dibble, who is attracting transfer interest after deputising for the injured Les Sealey.

Norman Whiteside looks set to leave Manchester United after a contract dispute. Whiteside also has a go at Jimmy Hill for his scrutinising of tackles by non English players in the aftermath of criticism by Hill of a tackle by Whiteside during a recent game at Anfield.

Shoot prints out a handy guide for the Football League Play-Offs, in their second season.

Talking of Peter Beardsley, he is modelling the new England kit for Euro 88.

And talking of Euro 88, there is a four page profile of Spain.

In world news, Inter Milan want to sign Lothar Matthaus, while FIFA are threatening to take the 1990 World Cup away from Italy and award it to West Germany after the preparations have fallen behind schedule.

There is a double page feature on two teenage players who have broken through in Division One – Michael O’Neill and Alan Shearer.

Rangers fans who love dogs were in for a treat as Shoot do a feature on Ally McCoist and Graham Roberts love of dogs.

Bryan Gunn gets interviewed and tells Shoot that Norwich players are responsible for the poor run of form that saw the departure of manager Ken Brown.

There is an advert for the following week’s edition of Shoot, which has a free Euro 88 sticker book.

The magazine ends with a feature on John Charles Testimonial Match, which saw Ian Rush and Michel Platini make guest appearances for Leeds United, though Rush would go on to sign for Leeds eight years later. 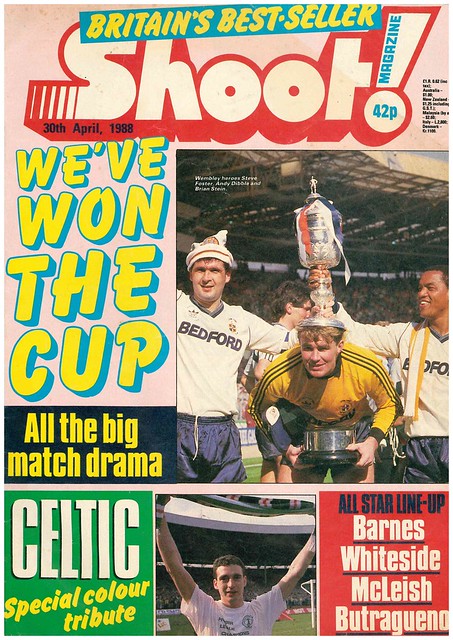 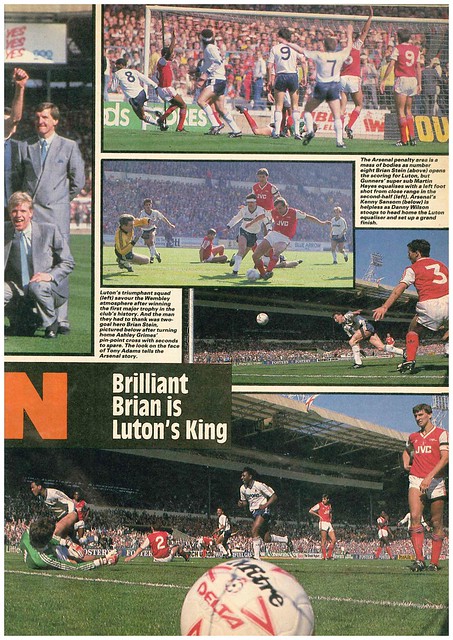 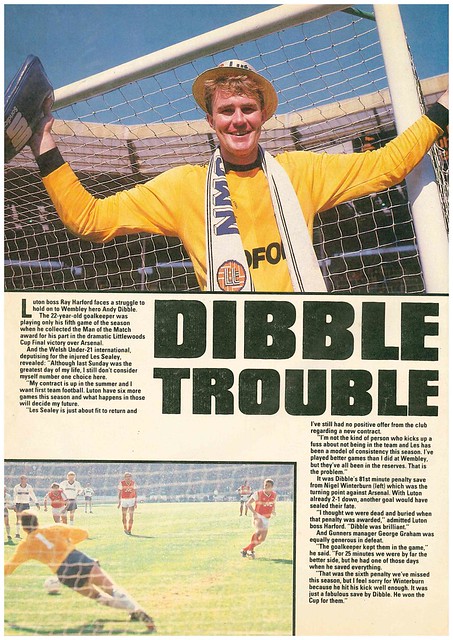 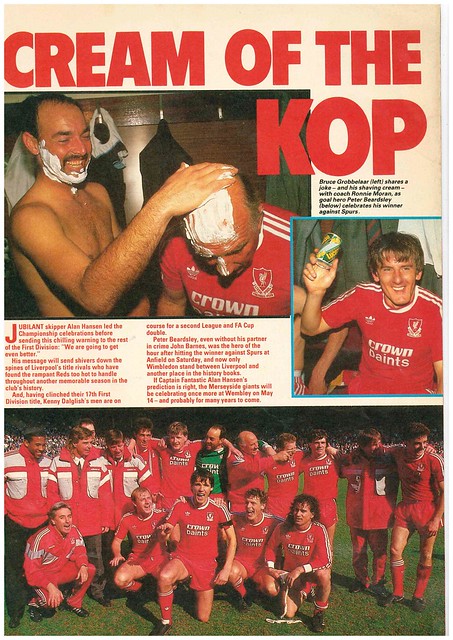 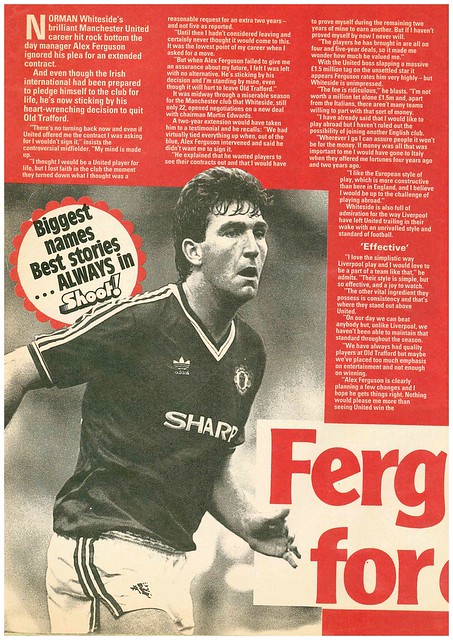 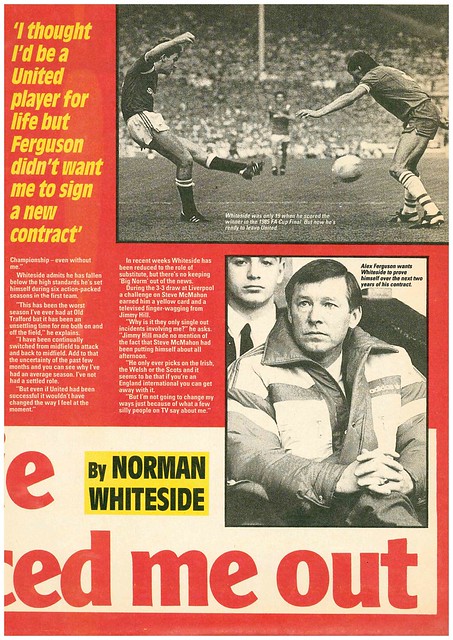 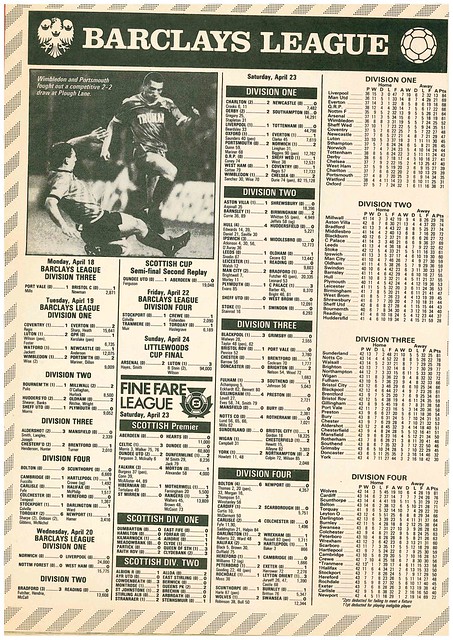 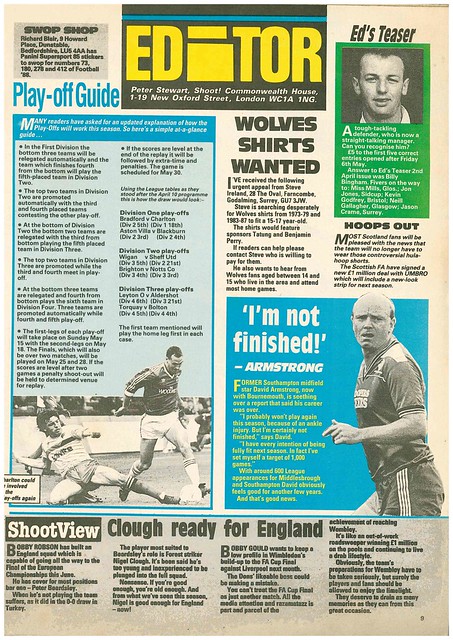 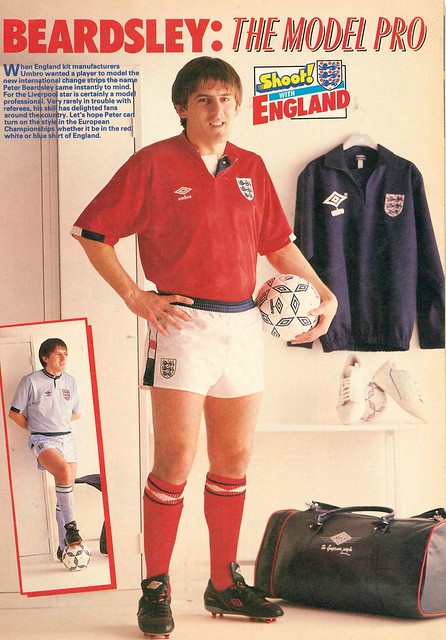 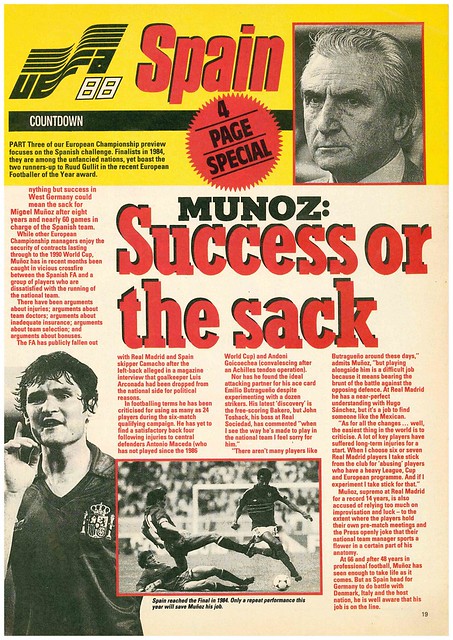 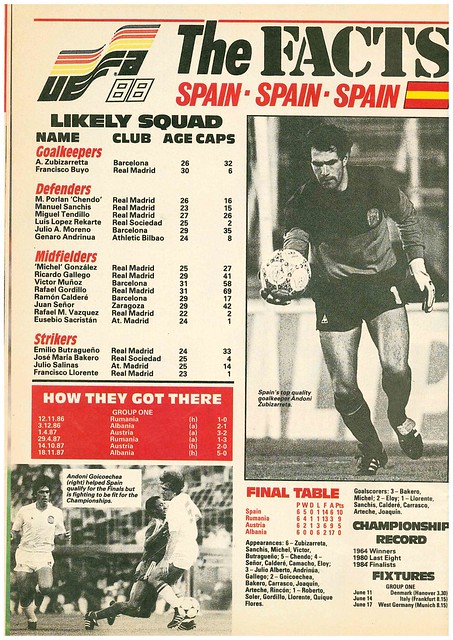 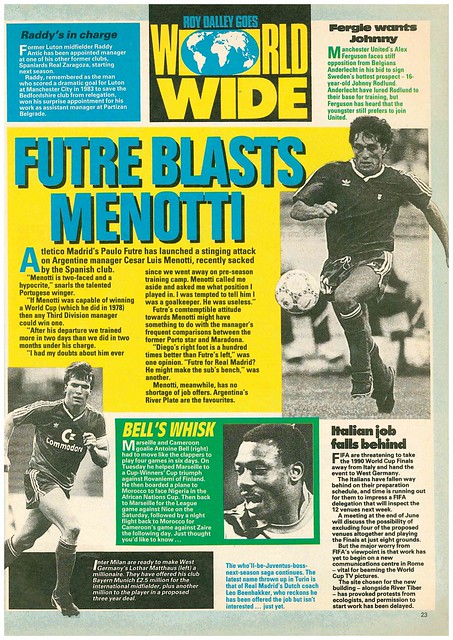 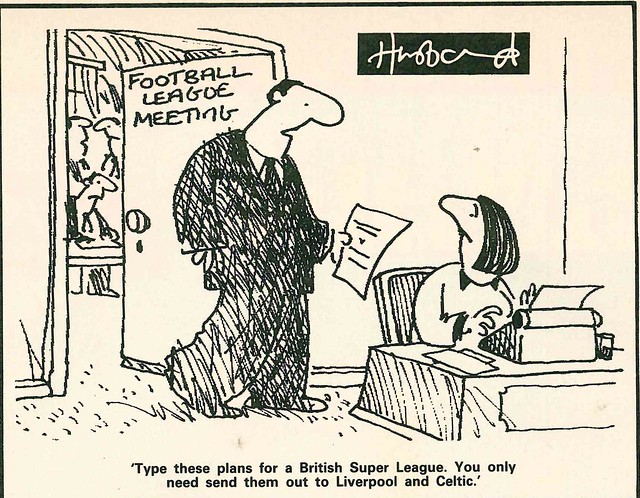 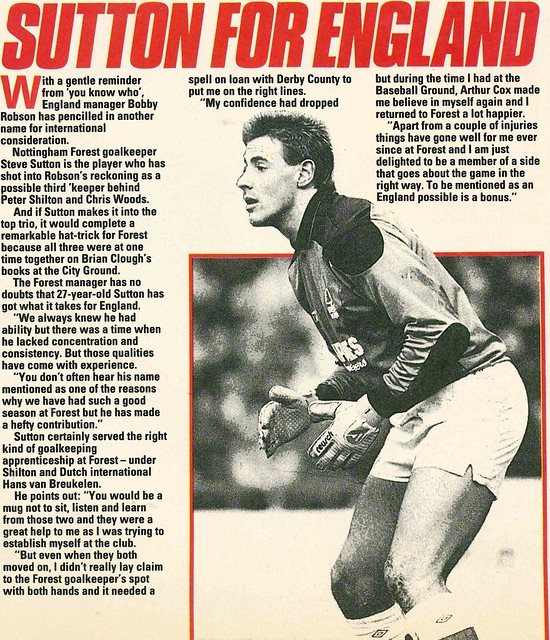 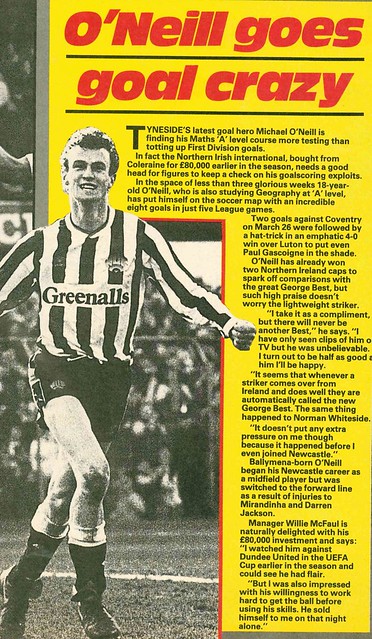 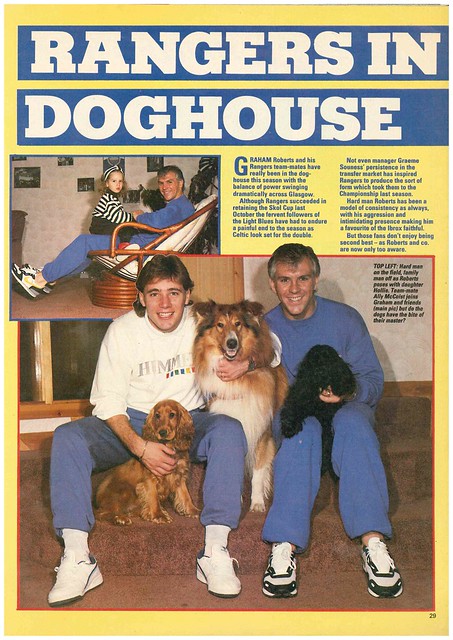 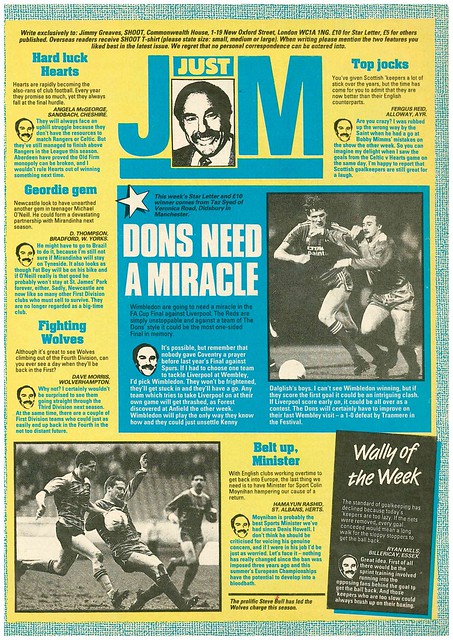 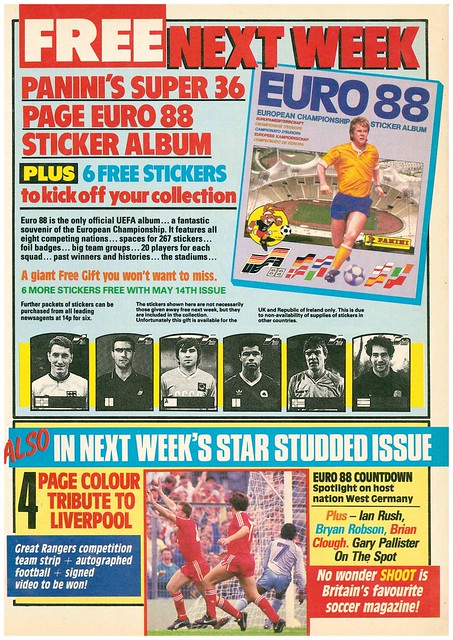 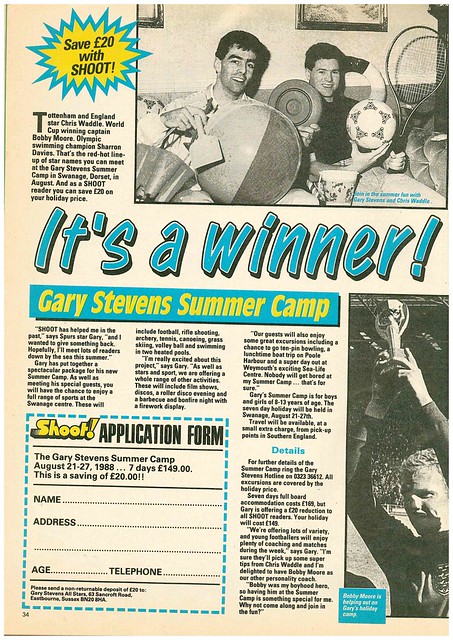 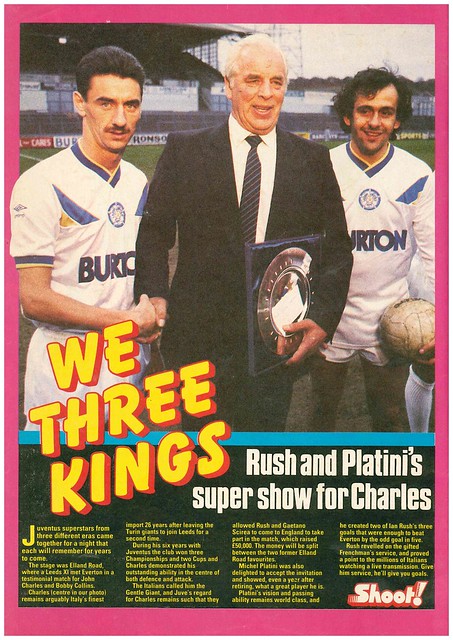