Some new Street Art to report in Belfast, my first such blog this year, having previously reported on Street Art in Manchester and Sheffield.

As the title of this blog suggests, it’s in the East of the city, as you turn left after entering CS Lewis Square and head towards Dee Street.

It is of a bird on one side, and then a colourful piece along the other side, done by Irony, Artista, Friz and KVLR, in association with Eastside Partnership.

You can see a before and after here.

In recent years, the wallspace in East Belfast has been brightened up by Hit The East (unknown if this will take place in 2019) and a mural in Tower Street.

You may remember last May, Wardrobe Jam in East Belfast. It’s unknown if it will be returning, hope so.

There will be Street Art hopefully appearing on here over the next few weeks.

I’m intending to go to an event at the end of April in Island Arts Centre with some live pieces being painted.

Meanwhile, Hit The North 2019 is going to be four months earlier than scheduled, taking place over the May Bank Holiday Weekend as part of Cathedral Quarter Arts Festival.

I’ll be heading along to that, and then there’ll be a trip to Old Trafford later in May, which will mean a detour to the Northern Quarter. 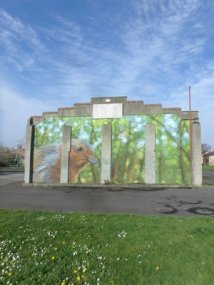 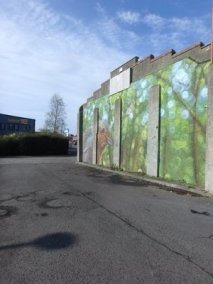 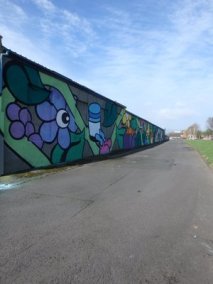 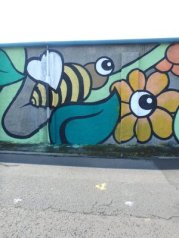