Graham Rix is the cover star of this week’s edition of Shoot, as they look at how he can force his way into the England squad for that summer’s World Cup in Spain.

Shoot’s editorial focuses on the support given by their readers to England’s mascot for the World Cup, a bulldog called Bulldog Bobby.

Also wanting to go to the World Cup is Iain McCulloch, with the Notts County star telling Shoot he wants to break into Scotland’s squad.

Phil Thompson uses his column to state that he wants to become Liverpool captain again, after being relieved from the role by Bob Paisley for his own benefit.

Kevin Keegan is going to the World Cup in goalscoring form, with him leading the race for the Adidas Golden Show at the halfway stage.

Ray Wilkins uses his column to praise UEFA Cup holders Ipswich Town, declaring that if anybody is going to win the double in 1982, it will be them.

Danny McGrain uses his column to propose a revolutionary idea, that Scottish football should be played over the summer from March to November instead of August to May.

An injury to Pat Jennings means that Jim Platt will play in Northern Ireland’s forthcoming Home International against England, and he tells Shoot he wants to use it to stake his claim to be first choice keeper in Spain.

In world news, Pele offers advice to Diego Maradona, telling him to trust in god and he will have a rewarding life.

Don Howe has been appointed to the England coaching staff, and Shoot canvasses Arsenal goalkeeper Pat Jennings, who says this appointment will improve England.

Kevin Bond of Manchester City gets profiled, and he reveals that his favourite singer is Stevie Wonder. 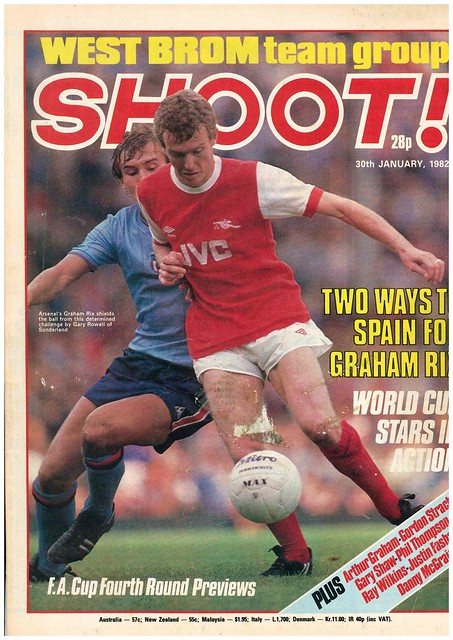 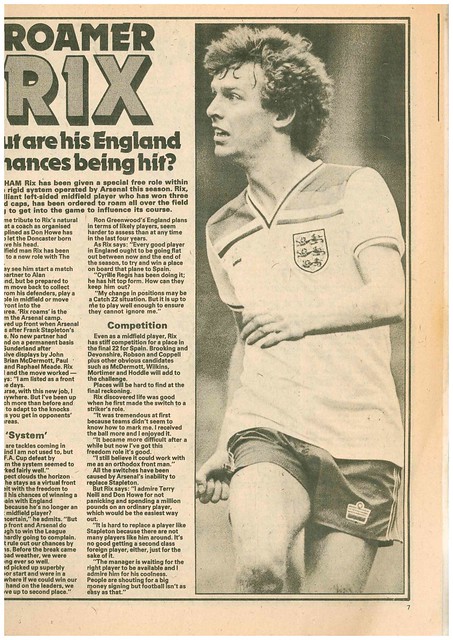 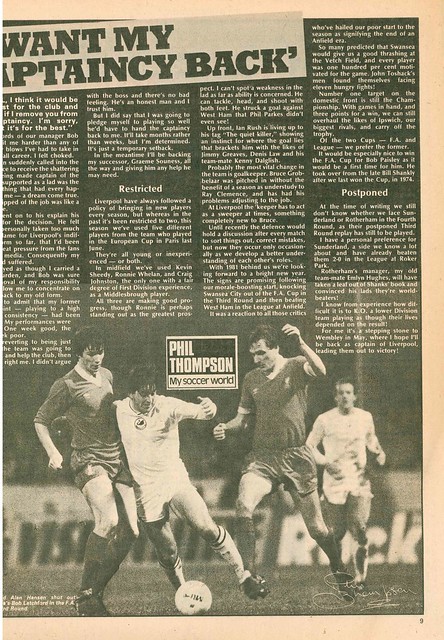 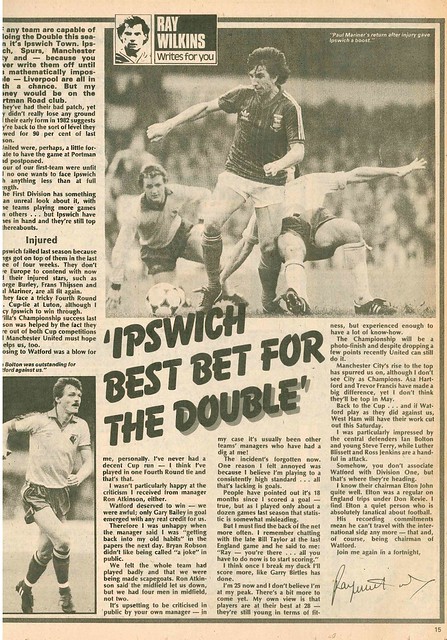 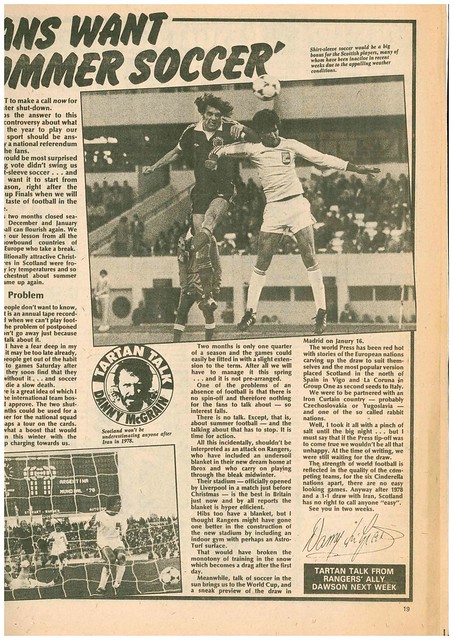 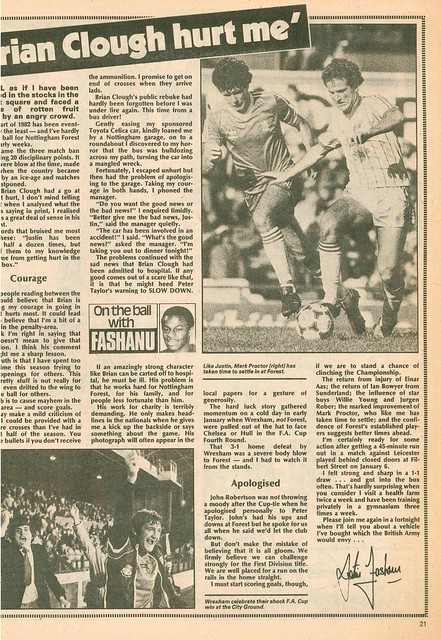 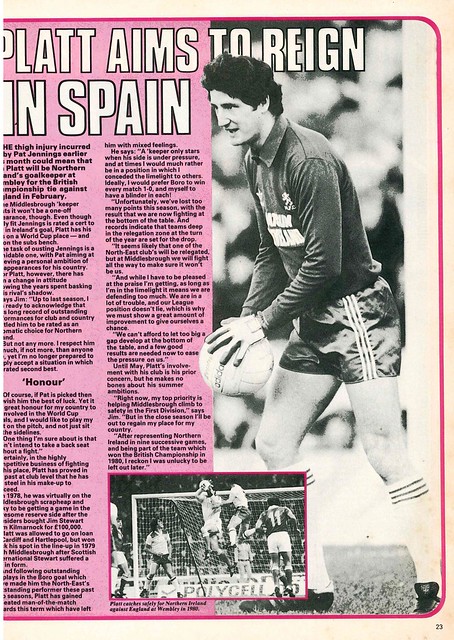 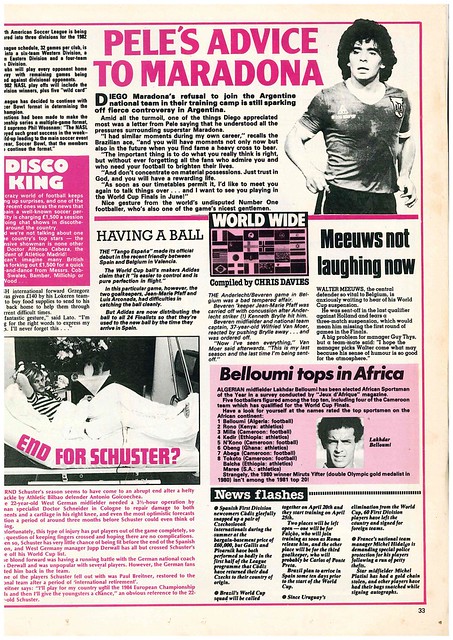 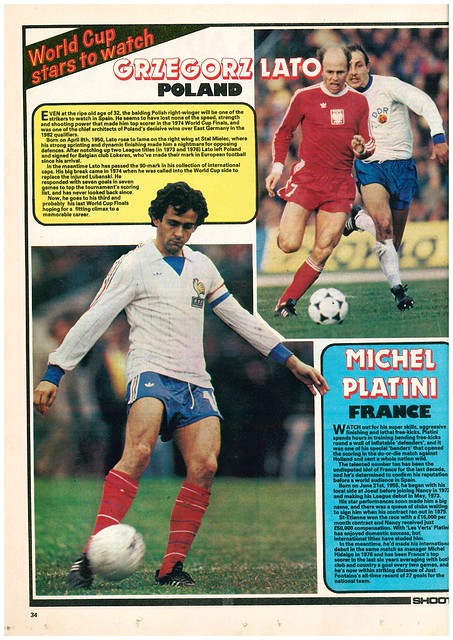 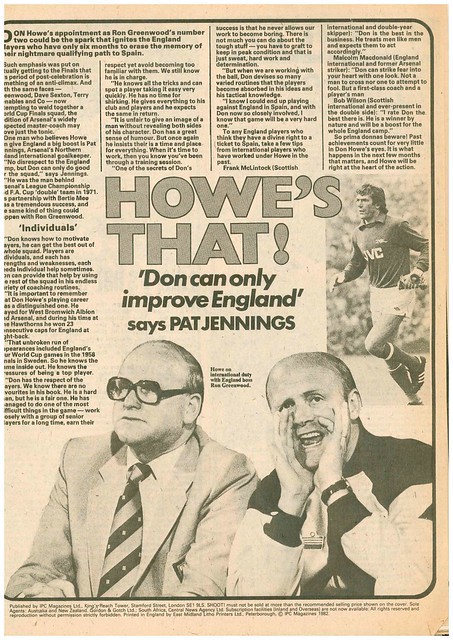 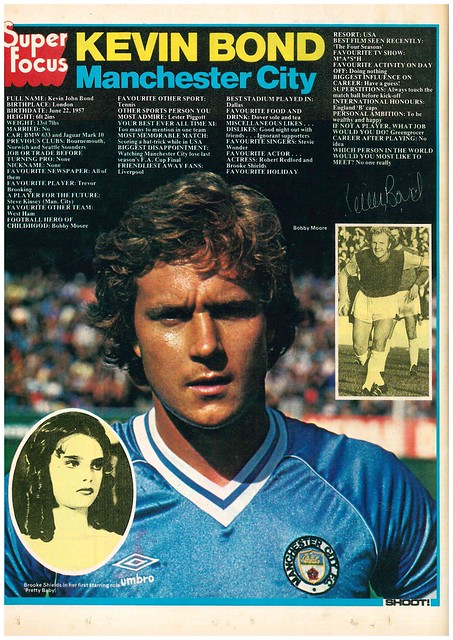