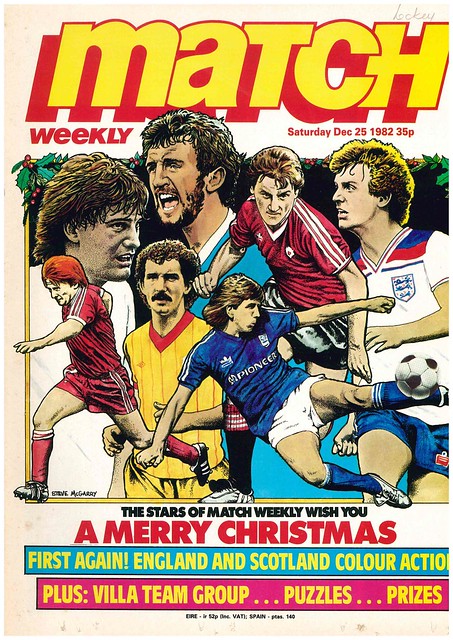 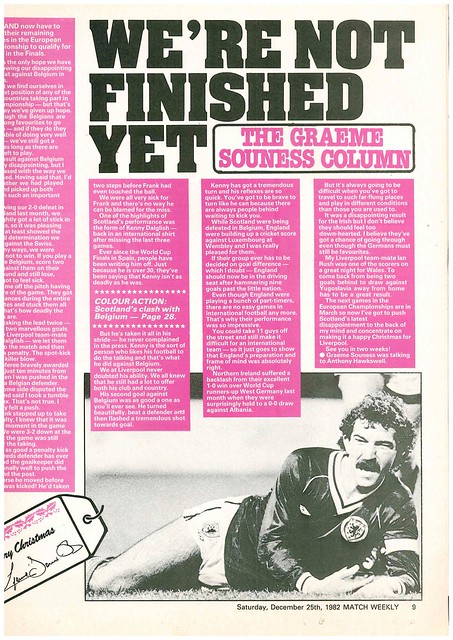 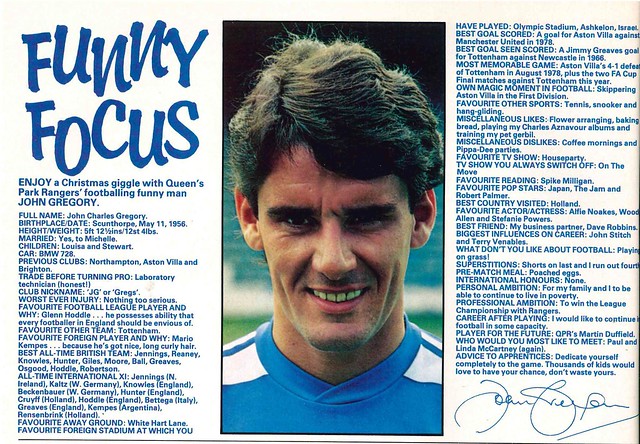 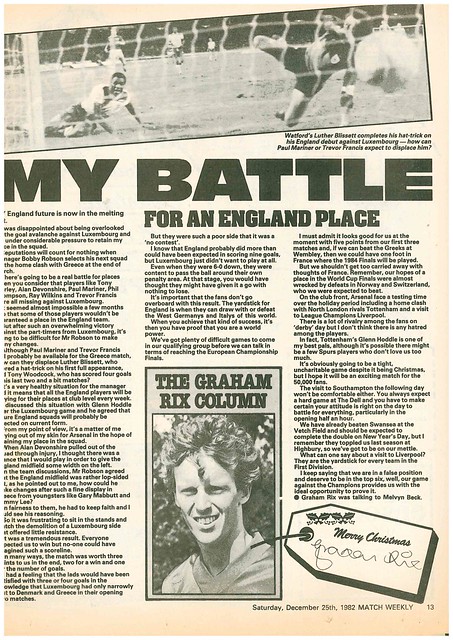 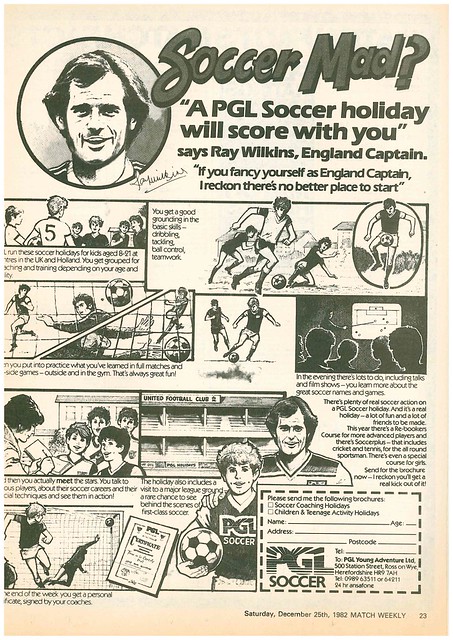 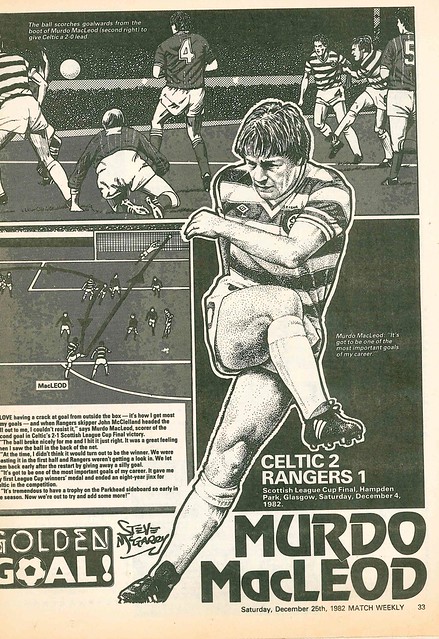 Kevin Keegan is the cover star of Shoot as the 1982 World Cup in Spain approaches, and the 24 competing teams are getting ready for their final preparations.

As you open the magazine, Glenn Hoddle tells Shoot that he will only replicate his club form for England if he is given a run of games, while Tony Morley of Aston Villa fears he may miss out in Spain due to manager Ron Greenwood only liking to play one winger.

In news, Keith Burkinshaw and John Toshack have declared that three points for a win, introduced in 1981-1982 season, has been a success, while Gordon Taylor hit back at Trevor Francis and Mick Mills over their criticism of the timing of the PFA Player Of The Year Awards.

Shoot does a full page profile of Arsenal youngster Stewart Robson, who broke into the first-team straight from school.

In letters, Liam Farrington from Dublin writes in to protest about English born Tony Galvin being called up to the Republic of Ireland squad.

Gary Shaw uses his column to talk about his joy at Aston Villa reaching the European Cup Final, but also his disappointment that the second leg of their Semi-Final against Anderlecht was ruined by trouble on the terraces.

Ahead of Scotland’s World Cup opener, Shoot asks various Scottish players such as Alfie Conn, Frank McGarvey and Paul Hegarty what the starting 11 in Malaga on June 15th should be.

Shoot does a full page profile on Craig Johnston, who he says has passed his Anfield Apprenticeship, and is now a fully fledged first-team player.

Ray Wilkins uses his column to suggest that England won’t be putting out an experimental side in their friendly against Holland, ahead of the World Cup.

Talking of England, in World Cup Merchandise, you could buy a Memo Pad, complete with a photo of England’s official mascot, Billy Bulldog.

Karl-Heiz Rummenigge is interviewed ahead of the World Cup, and tells Shoot he fears that West Germany’s chances could be ruined by injuries.

It is revealed that Asa Hartford of Manchester City has an unusual hobby, collecting matchbook.

Motherwell were rocked by rumours that manager David Hay was set to resign, while Phil Thompson’s column comments on young players getting an opportunity to play at England’s biggest clubs.

Justin Fashanu uses his column to talk about change in football, as Nottingham Forest go through a transition after a successful period in the late 1970s.

The magazine ends with a profile of Gary Lineker, who reveals he wants to be a Bookmaker when his playing career ends. 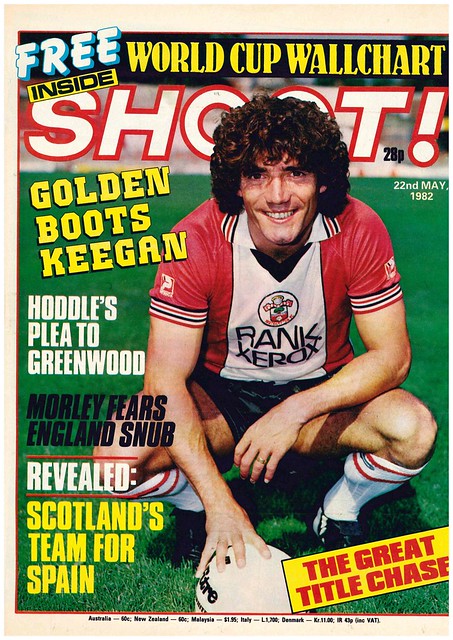 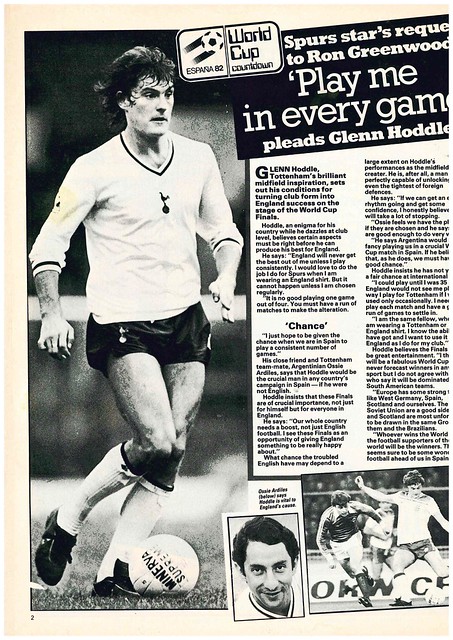 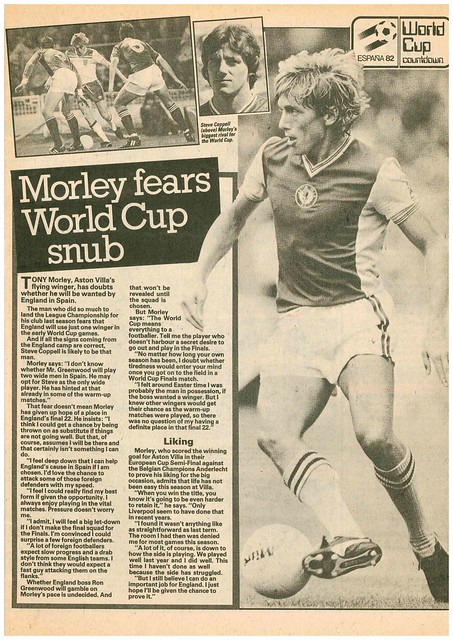 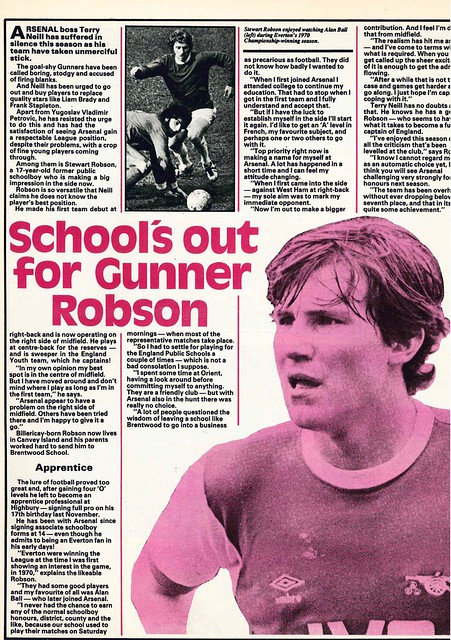 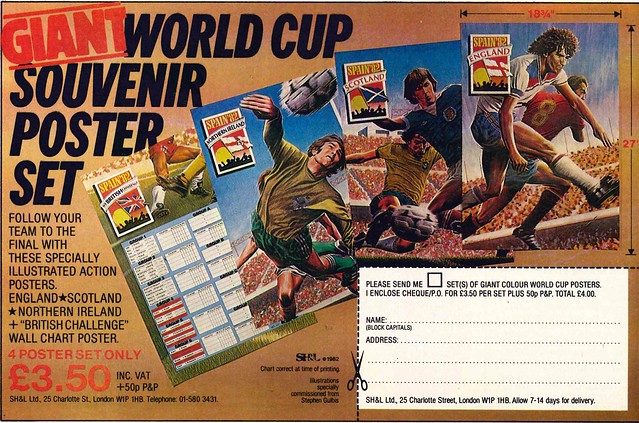 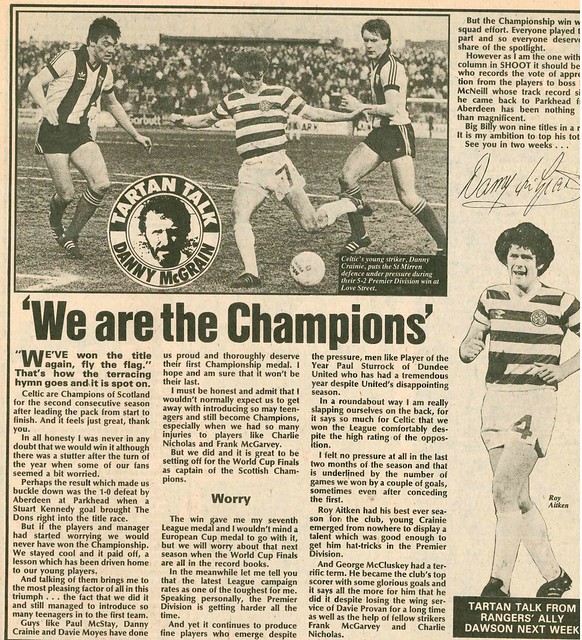 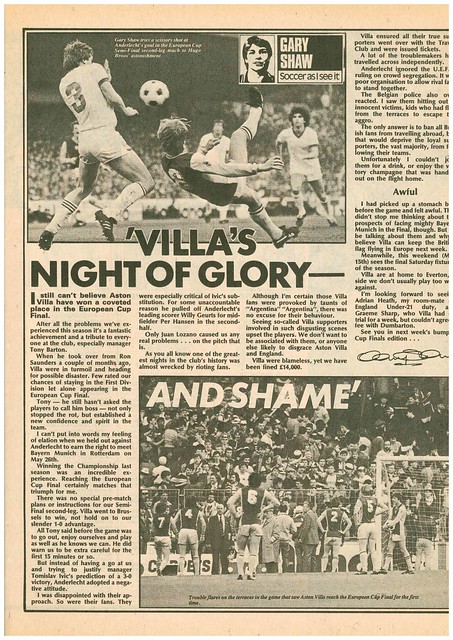 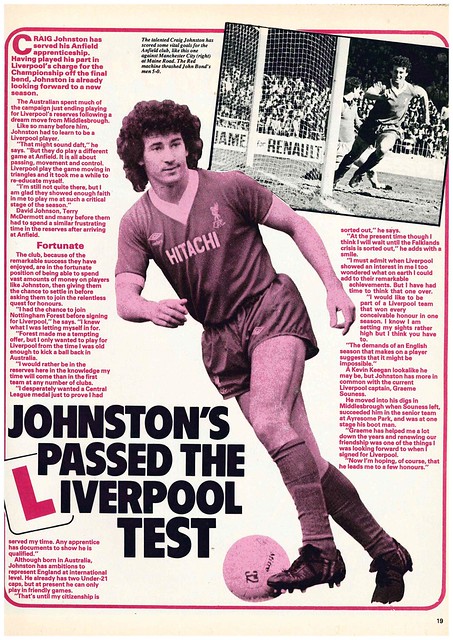 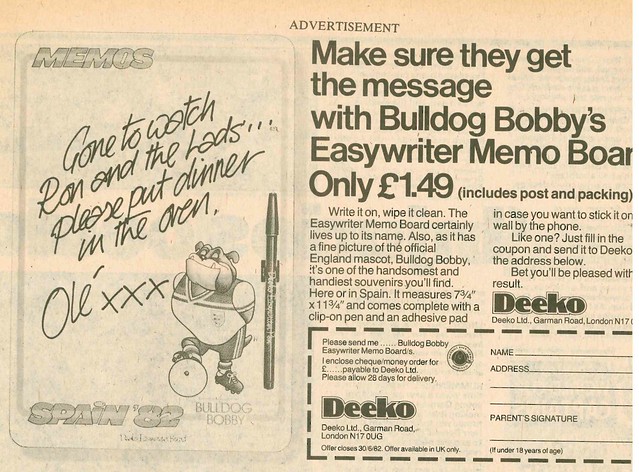 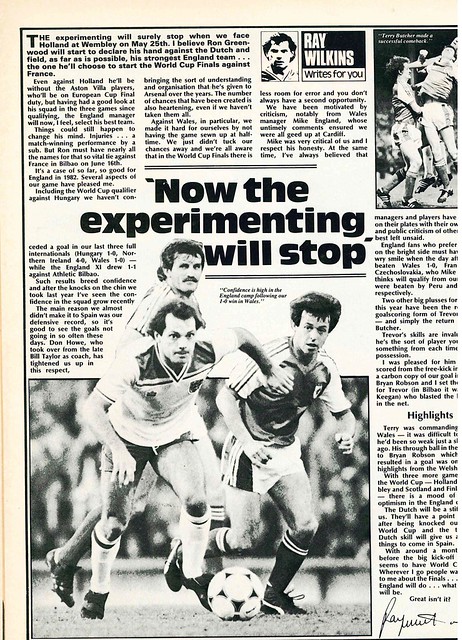 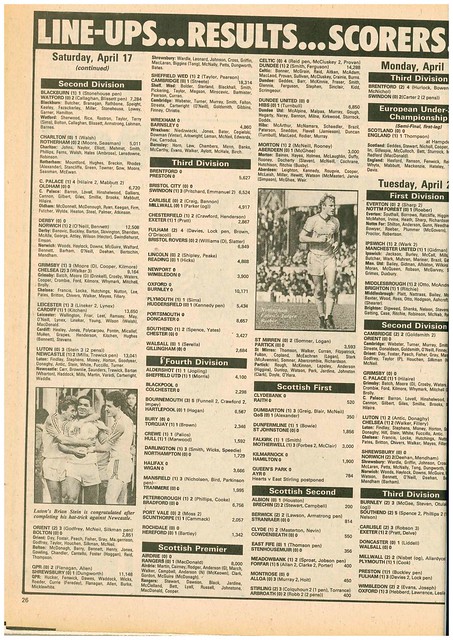 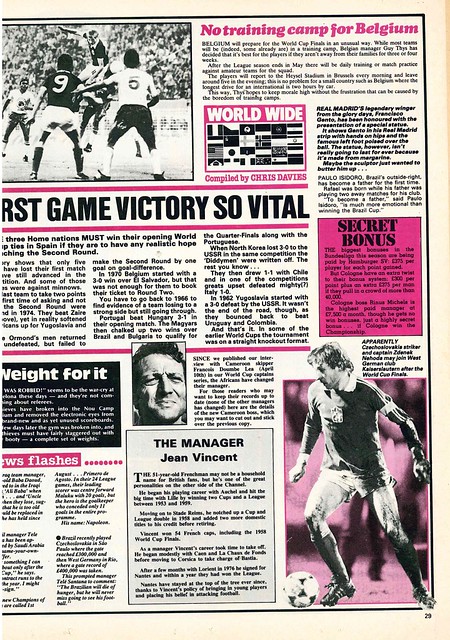 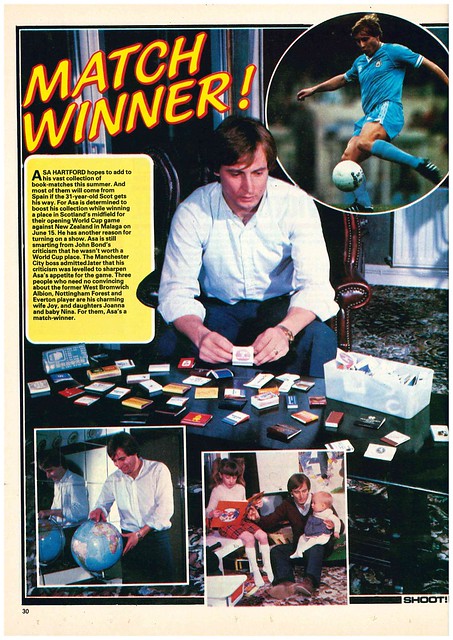 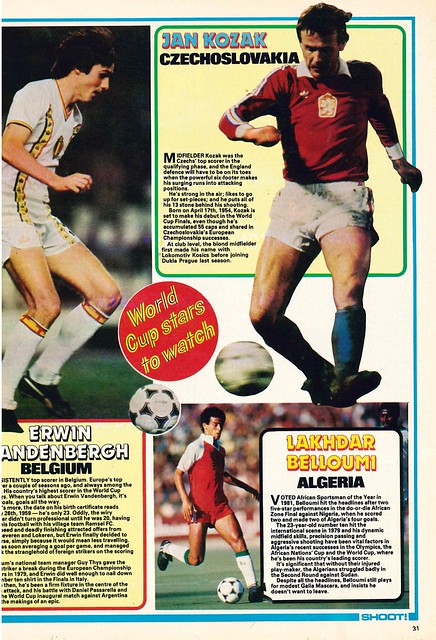 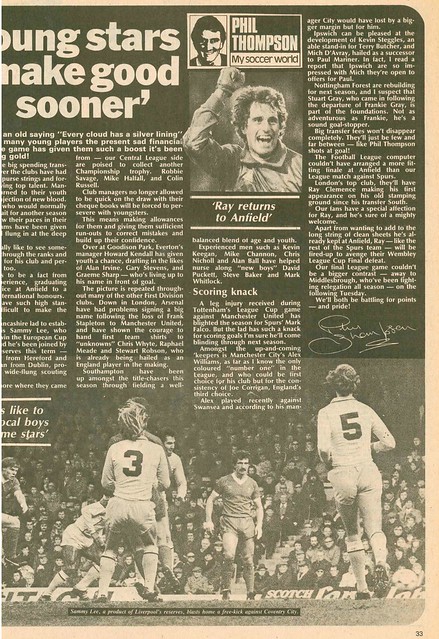 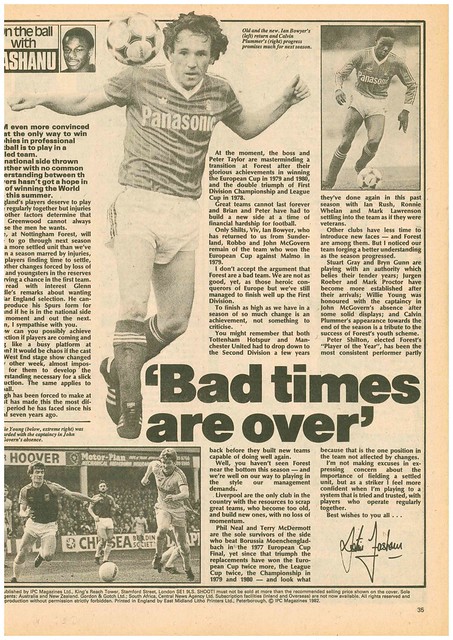 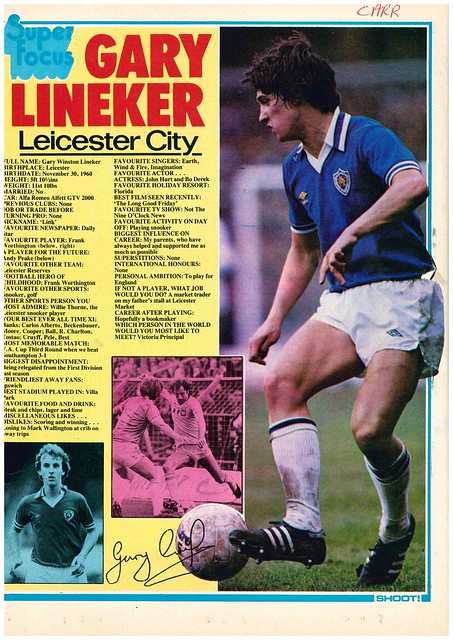