Keith Houchen and Dave Bennett of Coventry City are the cover stars as Match reviews the 1987 FA Cup Final. Both players, holding aloft the trophy, were the two Coventry players to score. The winner came via Gary Mabbutt own goal.

The headline “Coventry’s Extra Specials” makes reference to the fact the game went to extra-time, as well as one of Coventry’s biggest exports of the 1980s, the band The Specials.

That match at Wembley gets a double page report as you open the magazine.

Derby County get a double page spread as they have returned to England’s top flight for the first time since 1980, the club having fallen into decline, being relegated to Division Three in 1985, just ten years after being League Champions in 1985.

England are playing Scotland in the annual fixture, which gets a double page spread.

Scarborough have made history by becoming the first club to win promotion to the Football League, and they get a double page spread.

Also celebrating promotion in 1987 were Portsmouth, who get a double page spread, having narrowly missed out in 1985 and 1986.

It’s not just about promotion, Match also looks at players who helped their club avoid relegation – Paul Goddard of Newcastle and Dean Saunders of Oxford.

In foreign news, Trevor Francis scores a title winning goal in Italy, as his goal for Atalanta against Inter Milan wins the title for Napoli.

There is a full page profile of Torquay United and Tottenham Hotspur.

Also getting a full page profile are Everton having just won the league.

Staying in Scotland, Celtic are planning a summer spending spree after agreeing a sponsorship deal with CR Smith.

Scottish striker Joe Jordan gets a profile, as he prepares to play for Bristol City in a second successive Freight Rover Trophy Final, against Mansfield Town. 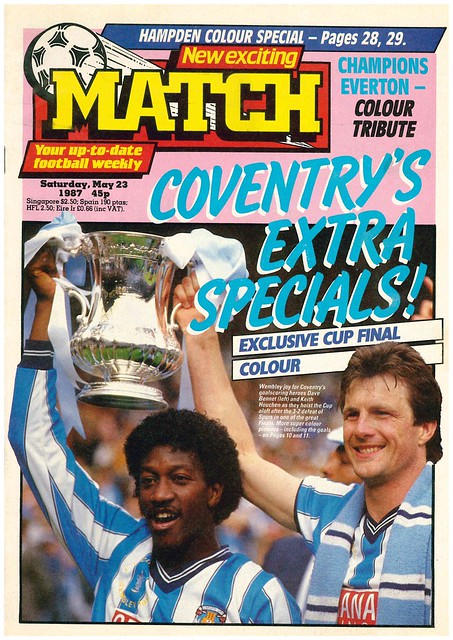 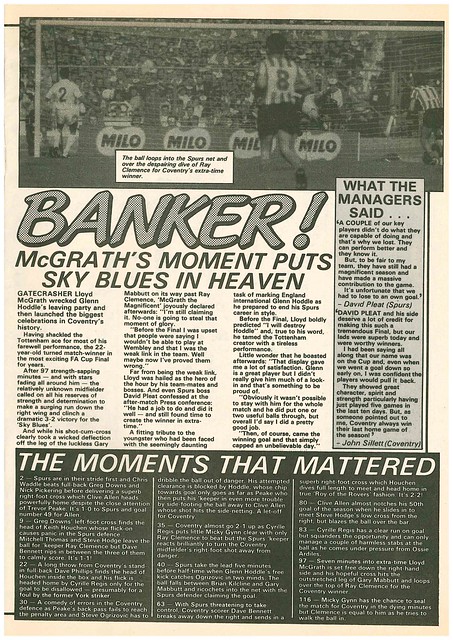 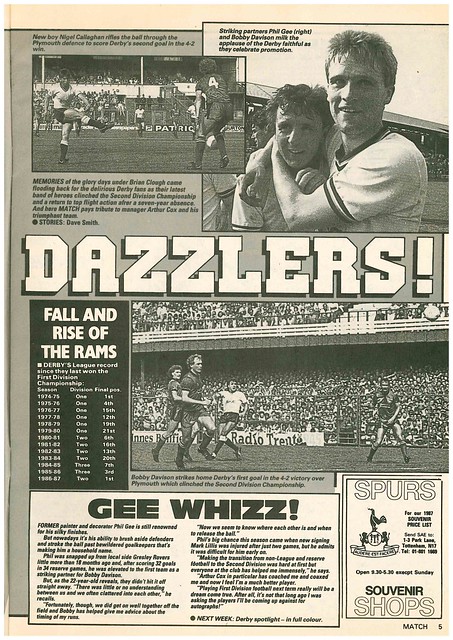 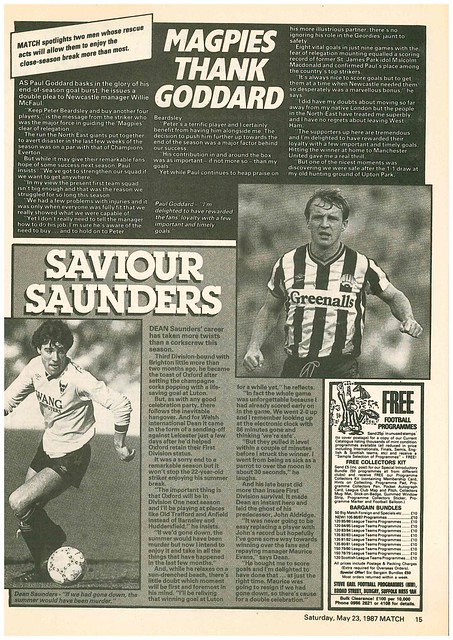 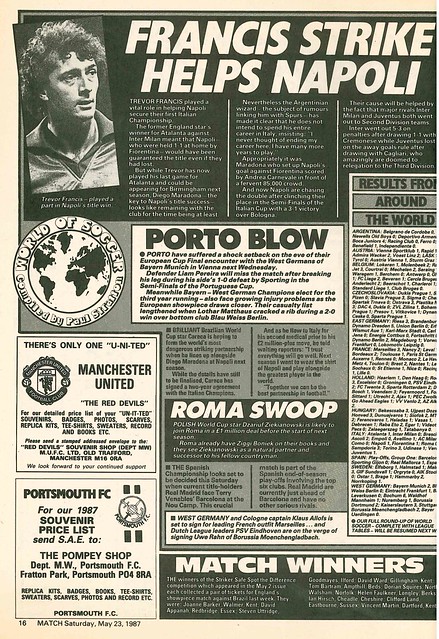 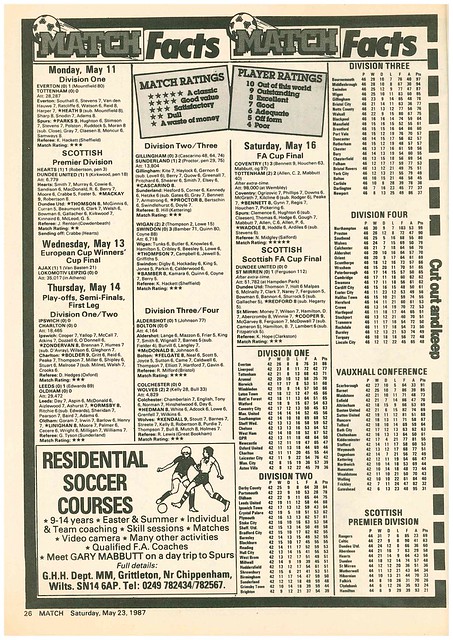 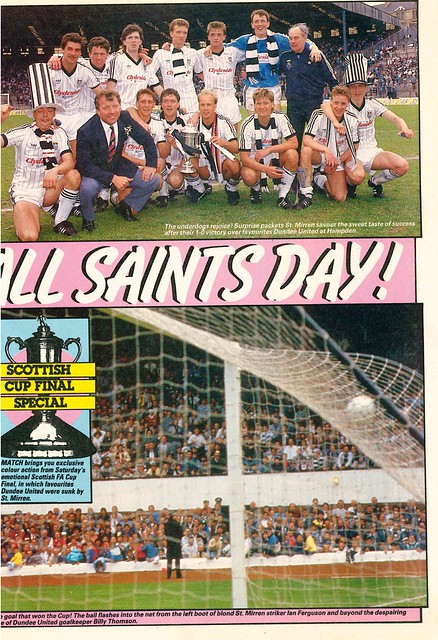 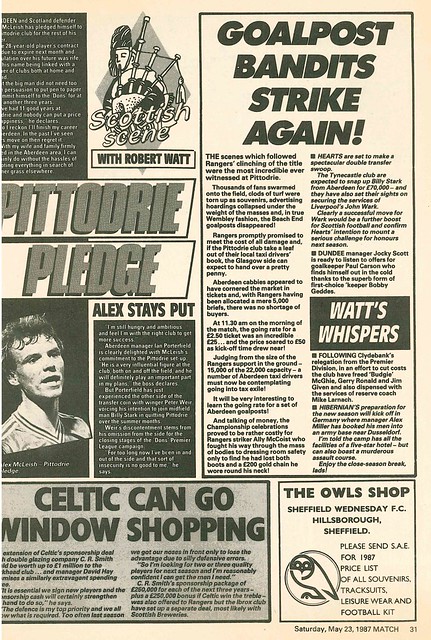 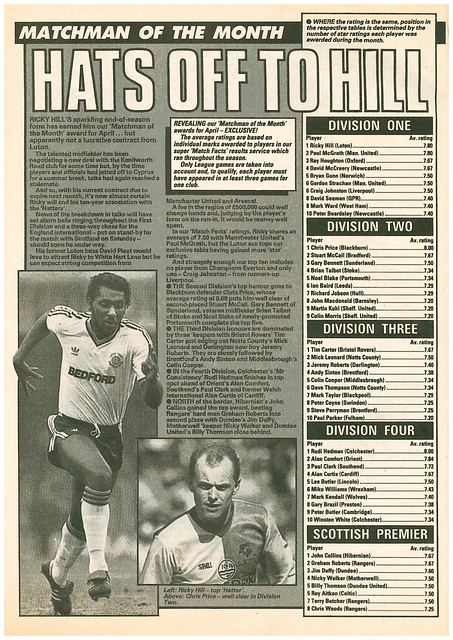